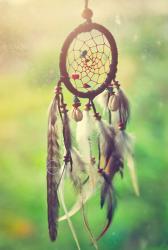 It was the day after Nathans proposal and I couldnt help but smile at the man lying next to me in bed. I caressed his cheeks, face and torso, but nothing seemed to wake him up. I was actually quite glad he didnt wake up because I could enjoy looking at him while he was sleeping. I had always loved seeing him sleep, because it made him look very calm and handsome. Id taken numerous pictures of him sleeping for the times he wasnt there to look at. If only he knew how many pictures there were of him sleeping, I honestly think that he might try to delete all of them. But I needed those pictures, it is the only thing that can cheer me up when Im all alone and down. Im also pretty sure that this guy doesnt know how happy he makes me by just being who he is.
Suddenly I noticed that I wasnt the only one looking at the other person in the room, because I could see his clear green and bluish eyes staring back at me. Staring at me again? he smiled groggily. Yeah, couldnt quite help myself.. I answered. Thats okay, but you really should stop moving your hands. Its so ticklish he said. Okay I said with a sad voice. Thank you sweetheart he smiled and pulled me in for a big morning kiss.

So What next? I think that we kinda need to tell our family and friends I said while trying to do my hair. Yeah, youre right about that. But I mightve already told my mum and sister he said and I could see his face in the mirror. You called them right before we went to dinner, didnt you? I turned and smiled at him. Yeah.. he said and I could see the red coming up his cheeks. I shouldve known I laughed. Good news is, the boys dont know yet and the press doesnt either. At least, I hope the last one doesnt know yet he said. Oh well, maybe we should just go on skype with the boys and get someone to do some fun pictures of us showing the ring? Like a photostory of us? he asked and disappeared from my view. Exactly! and with that exclamation I also finished my hair. I was so happy I was finally done, because I had been trying to do some weird thing for about half an hour now. I walked out of the bathroom and sighed. Are you finally done? Nathan asked and turned around in his chair. Yeah, Im sorry honey! But I really, really, wanted to try this one I said and tried to look very guilty doing it. Aww.. Its okay, you did a really good job! Now, come over here. The boys are almost ready he said and patted on his lap. I sat down and waited for the skype to tell us the boys were ready to call us.

NATHAAAAAAAAAN! Tom shouted and we both grabbed our ears to hold them from the terrible sound Tom just made. Hi we both said. So.. Tell us what happened yesterday.. Max said and pushed Tom out of his chair. Ouch! That hurt! he said and his head suddenly came up back in the picture and faked a terrible crying face. Shhh! Its alright Jay came up behind Tom and patted his head. Okay, daddy he said and started to suck his thumb. Really guys? Cant you just let them speak for once? Theyre the ones that asked for us to come on skype, remember? Siva said and took the laptop from the other guys and sat down on the bed. Okaaaaaay the other two guys said and Jay immediately sat down next to Siva. Tell us he said and smiled. We looked at each other and I lifted my hand to show the engagement ring . Wait, so.. YOU GUYS ARE ENGAGED? Siva shouted. IM NOT THE ONLY SERIOUS ONE ANYMORE he shouted happily and jumped off the bed to do a weird dance. The other three guys zoomed in on the laptop to see the ring. Thats a nice piece of jewellery you got there, Shea Max said and looked very approving. You did a good job, little Nath. Yeah, I saw this ring and I knew that, that, was the one ring for her Nathan said and I could feel his arms tightening around me. I love it, its exactly what I wanted. But more so because its Nathan who gave it to me and the reason why I said and I could feel myself beginning to blush. Oh! Thats so sweet! Tom cried out and pulled Jay into an awkward hug. Tom, let go of me please.. Jay said and Tom refused. So, while Im still stuck in this weird position. I would like to say that Im really happy and proud of the two of you Jay said. Thanks Jay I said and winked. Its so awesome! Were so happy for you guys Max said and started to clap his hands. What about the papz, though? Siva suddenly said. Yeah, about that.. Nathan said We might need your help.

And so the boys and I set up a plan to make this photostory of us together as a couple and we immediately started to make plans to shoot some pictures this afternoon. We decided to meet at the Brandenburger Tor to shoot some pictures of us walking happily as a couple and some fun games, like hide and seek. We ended up having 6 pictures of the two of us and everything else was mainly the boys pretending to be us, which made the whole day pretty funny. I dont think Ive ever seen a more masculine version of me than Jay and a more feminine version of me than Tom, which made the whole thing scary again.. It was a weird day. At the end of the day we went to the Berliner Dom to shoot the whole will you marry me-scene. We also found out that Max and Siva were more than happy to marry each other. After all of that we went back to the hotel and go to the restaurant for dinner.

So, now that there are two guys in here that are married of getting married Max began Does that also mean we need to get worried about kids and not having any time to record stuff or tours?. Were getting married, guys I said. Were not planning to have kids any time soon. I think youd better ask Siva about kids, though. Hes been married for a year now I said. Nareesha and I are not ready to have children, yet. We might in a few years, though. But I honestly think that Nathan and I arent the only guys married by that time he said. Meh, you might be right about that Tom said. I might be ready to ask Kelsie he said and suddenly all of our jaws dropped. You havent asked her yet? I asked, shocked. No, I havent had time to.. TIME? YOU HAVENT HAD TIME Max shouted. You moron, youve had plenty of time! he said, genuinely angry. We are going to shop for rings tomorrow, before we need to do the soundcheck he said. Im pretty sure Max will rip your head off is you refuse, Tom Jay said laughing. I agree Okay.. Tom said. I didnt mean anything by it, it just keeps slipping my mind. I do want to marry her though, shes the love of my life he said, visibly guilty. Its okay, Tom. But if you really want to do it, buy the ring now and decide when you want to propose later on Siva said. Thats a great idea I said and Nathan agreed. You dont have to propose out of the blue right away, but buying the ring is a start. After that, you just have to decide when and where Nathan said. So true Siva said. Its decided, then. Were going ring shopping tomorrow Max said. I honestly think, that you guys are more feminine than Ive ever been.. I said and ate the rest of my dinner.
Kudo Volgende hoofdstuk