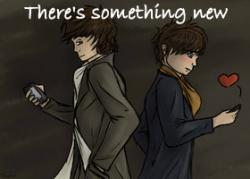 Ariana Grande - Nothing Is Too Wonderful To Be True (Cover)

By Monday morning, Harry has decided. This is the worst thing thats ever happened to him. On the bright side, hes progressed somewhat from the previous week. Hes easily able to make it through the stage door now and say hello to Niall as he goes. The stage door is no problem, and neither is the costume shop where Harry is required to sign in with Caroline to begin his day. Its just that theres a new door that he cant bring himself to go into, now is the dressing room marked with `LOUIS TOMLINSON.´ Loitering outside the door is ridiculous behavior, and Harry knows it, but Harrys been proper obsessed with Louis Tomlinson for the last three years. Hes seen every fucking production the blokes been in since Harry arrived in London. Hes read Louis Tomlinsons interviews with the arts pages of all the newspapers. He obsessively checked Twitter throughout the 2013 Oliviers ceremony for Louis Tomlinsons win, and forced all of his friends to be completely silent through the ITV broadcast of the ceremony highlights just in case Louis Tomlinson came back and said something else. Hes also wanked to Louis Tomlinsons performance of Wilkommen from Cabaret (he was the Emcee) at the Olivier Awards multiple times, so, like. Theres that. In short, Harrys feeling a bit like hes going to pass out. The letters reading `LOUIS TOMLINSON´ seem to be almost growing, becoming larger as if theyre preparing to claw their way into his brain. Harry shakes his head brusquely, trying to ignore his squirming stomach. Right. This is his job. He has to do it. Louis Tomlinson is just another person. Just another really fucking fit, incredibly talented person.