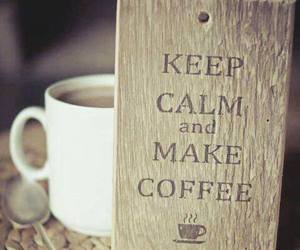 Percy had a routine that he followed every day of the week, aside from the weekend. He still had a routine for the weekend, but it was slightly different. Most importantly, he didnt have to get up so early in the morning. It also meant he usually made his coffee himself in the weekend as he didnt really leave his apartment except for some errands and family visits. Percy wasnt a very social and outgoing person. Apparently, the guy behind the register was.
Morning sir! Is there anything I could help you with on this very beautiful morning? He sounded Scottish if Percy placed the accent right. It had been a while since he had gone to Scotland for a holiday.
A coffee please. Percy thought it was too early to deal with a cheery, outgoing guy and especially without coffee. Besides, he didnt have time to chat for a long period of time with someone he didnt even know and who was just a barista.
Do you want a regular coffee, meaning black with nothing in it, or did you want a cappuccino? We have quite a lot of types of coffee, sir. The guy  Oliver according to his name tag  smiled way too brightly at Percy, which almost made him wonder if Oliver was on something. Almost.
Regular. And yes, I want to take it away, I dont want to drink it here, and my name is Percy. Percy took some cash from his wallet and waited impatiently while Oliver rung up his order. As soon as he had done that, Percy paid for his coffee and moved away to wait while it was being made. He really didnt have time for this and he was sorry if he seemed rude, but today just wasnt his day.
First, his alarm clock had broken down  that, or Fred and George had tampered with it again  and hed been woken up by his alarm at 4 AM, an hour too early. When he went back to sleep he forgot to reset his alarm clock and next time he woke up he was thirty minutes late. After that, he got a text from Penny that worried him. He immediately replied to her, but she still hadnt responded which had caused Percy to worry even more. When he was finally ready to leave his apartment it turned out to be raining, which had not been good for his suit, and now there was a guy who was just way too cheery and didnt seem to realize that Percy was in a bit of a hurry. A guy, Oliver, who also seemed to think it was incredibly funny to tell a man whos soaked to the bone that it was a very good morning. Today looked like a horrible Monday morning to Percy, and it wasnt even Monday.
Heres your coffee. I hope you have a nice day, sir. Enjoy it! Even though Percy had been rude to him Oliver kept being nice and overly optimistic towards Percy. It was probably a job requirement, something he had to do no matter what. Percy knew it was something he could probably never do which made him glad for the job he had. He could do paperwork and look at numbers and figure everything out. Being a businessman came easy to him. Being a barista was an entirely different thing. Percy was glad he had never had to do such a job while he went to school, instead being able to work as an assistant at the company he worked for now.
Taking his coffee, Percy quickly walked out of the coffee shop and into the rain. He had a feeling it was going to be a long day.
He was proven right as soon as he showed up at the office. Percy had forgotten that an important investor was going to visit the company together with the owner, the actual owner that worked at the biggest branch of the company, where it had all started. The owner was their boss and he could decide very easily if they were fired or not so everything had to go perfectly today.
Percy hurried to his office, put his coffee down and didnt even think about the coffee shop, Oliver or Pennys strange text.