Chapter five - The time they didn't have a meeting 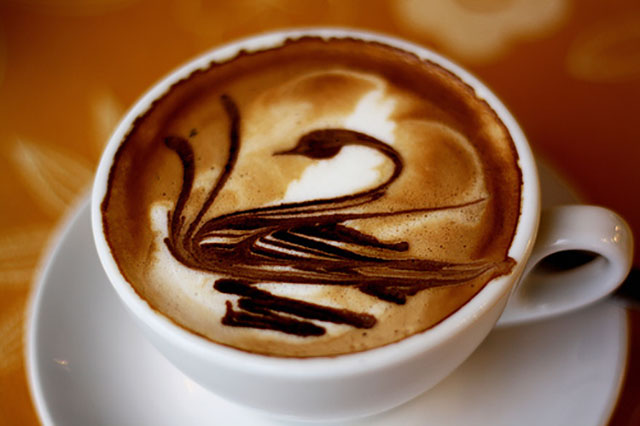 Percy never even thought about the fact that it might be strange that a barista Percy didnt really know, was willing to listen to him. It should have worried him, or at least made him curious as to what Olivers reasons were, but Percy figured it was part of the job description; be kind to the customer, and it will be more likely they'll come back. And Percy sure came back. A lot.
A week had gone by since he had spoken to Oliver about Penny, and during that week Oliver had been ill, or so it seemed. Every single day Percy was greeted by a different barista, a girl named Katie. She seemed very friendly, but Percy started to miss Oliver a bit. Whenever Percy had come in and he hadn't been in a hurry, he would chat with Oliver about his job, his family and the last time Oliver had been there, about Penny. Penny, who was dying, slowly wasting away in front of his eyes.
Percy rarely took days off, but after having spent an entire week worrying about Penny and, most importantly, Molly and Lucy, who would lose their mother, he had decided that, starting next week, he would take three weeks off. The doctors thought Penny would die during that period and by taking time off, Percy could be there for everyone; Penny, Molly, Lucy and Pennys mother. It would also mean that he would go to Woods Coffee less during that period and he had hoped that he would see Oliver again, just to make sure he understood why he wouldnt be there.
Percy didnt know why he felt it was important that a barista knew why he wouldnt be in to get coffee, but he knew he really wanted to. He sometimes thought that he could see Oliver as a friend; someone who liked him and was interested in his life. Now that he hadnt seen Oliver in a week, he knew for certain that Oliver was a friend, at least to him. He didnt know if Oliver felt the same way, but he certainly hoped so.
Katie smiled at him and Percy simply nodded. The usual, sir? A black coffee to take away?
It seemed that he really was predictable, and Percy almost sighed. Yes, please. He handed over the money and waited for his coffee to be made. Afterwards, he went on his way to make sure he was on time at work, even though he still had about half an hour left.
When he came home later that day, Percy was left wondering what had happened to Oliver. As he stared out of the window, he started thinking. Was Oliver seriously ill, like Penny? Did he lose his job? Had he traded shifts with Katie just to make sure he didnt have to speak to Percy again? Percy knew it was silly of him, because why would a barista do that? But he couldnt help but think those thoughts. Maybe it was because he was worried about Penny and the girls. His apartment wasnt large enough for the girls to actually live in with him, so he knew he should start looking for a larger apartment or maybe even a house. He was currently renting his apartment and he would look at places to rent again, but he also knew that with his savings he could buy a place.
Penny had said that she was more than willing to talk to the house lord and see if it was possible that Percy took the apartment after she died. However, Percy didnt feel comfortable living in a house that his dead friend had lived in. He knew she wasnt dead just yet, but he knew he would feel that way when the time had come.
He knew that his three weeks off where going to be busy. He would have to look for a new place to live, take care of Penny and her family, and prepare a funeral, as grim as it sounded. Percy was already dreading those three weeks. At least he could start early with one part; the search for a house.
As he took in the view from the twentieth floor, the lights went out all over the city and Percy decided it was time to go to sleep.