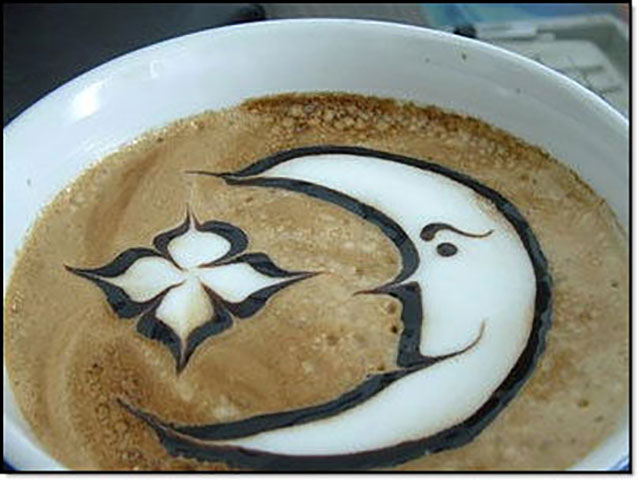 On Saturday, a week after Percys vacation had officially begun, he went into Woods coffee. He had tried to search for houses at home, but somehow the quiet bothered him. Normally it wouldnt have, but maybe, knowing why he was looking for a new house, it was because he was lonely. Maybe he just needed someone to talk to. Of course he could talk to Penny, but he had been at her apartment the entire week, except for the evenings when he went back home. Those very few hours when he wasnt at Pennys, he was always worrying if everything was alright with Penny, and he was trying to find a house.
He was currently sitting at one of the tables the coffee shop had. In front of him was a cup of coffee, a croissant and five different apartments that he wanted to look at. All five apartments had three bedrooms and werent too far from Percys work or the girls' school. He wanted to pick three and visit them, and he was planning on choosing them and making appointments today. He knew he might not have enough time to move into a new apartment before Penny died, but he was thinking of living in her apartment until then. If it was really necessary, the girls could share the bedroom in his apartment and he would sleep on the sofa if they had to wait longer than Penny had rented the apartment for.
Percy sighed and took a notebook out of his bag. He might actually be able to make a decision if he listed the pros and cons of each apartment. He took out his phone as well and put it somewhere on the table. This way it would be easier to pick up if Penny called. Slowly and carefully he looked at each apartment individually until he felt like he had written down everything about each one of them. He lowered his pen and sighed. Now he just needed to compare them with each other. He might as well get another cup of coffee.
When he reached the counter he was surprised to find Oliver standing there. Oliver wasnt dressed in the clothes he typically wore when he was working, but he was there. Percy had been so focused on the apartments he hadnt even seen Oliver come in. After all, when Percy had arrived at nine that morning Katie had been there. Although, Katie was still standing there, so Oliver might have just come in as an extra. Maybe it would get busy around noon. Looking at the clock behind the counter, Percy noticed he had spent over an hour making his lists.
Another cup of coffee, Percy? Katie smiled at him. With the amount of times he had seen her in the two weeks before his vacation time it was apparent that Katie knew his name.
Yes, and still for here. Looking at apartments is tough. Percy smiled. He had started to like Katie and didnt mind sharing a bit more of his life with her nowadays. He hadnt told her about Penny though, Oliver and Lee were the only two people that worked at Woods Coffee that knew.
Hey, Percy, havent seen you in a while. I guess we both had different times that we came here the past two weeks. Oliver smiled at Percy and leaned over the counter while Katie started making Percys coffee. Looking for apartments? Might I ask which neighborhood youre planning on moving to?
Oh, Im staying in the same neighborhood, just a larger apartment. When Penny is gone, her daughters are coming to live with me. Im trying to pick three apartments to actually go look at with a real estate agent. Percy smiled sadly, as the reason he was moving wasnt great.
Want some help? Maybe Ill see something you dont. Unless you want to pick them on your own. I mean, weve only met, what, nine times? Because of coffee. Although I do like you, Percy, and want to help you in some way. Oliver smiled at Percy and Percy couldnt help but smile back.
You know what, sure. Unless you have work to do right now, I would love your help.