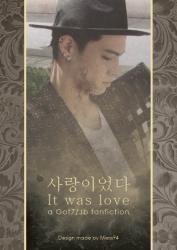 ~ Junior pov ~
The gun shot hurt my hand and I instantly dropped it. I pushed myself back into my seat and looked at Kate. Did I hit something? Oh please let it hit something. She didn't looked satisfied when she was looking in the back mirror. The door closed again and I could still feel my heart beating in my throat.
In the distance I could see a red traffic light coming closer. Automatically I grabbed at anything I could grab a hold to, because I had no idea what Kate was going to do with this speed and a red light. I looked a Kate again, who had her eyes closed as soon as turned the car diagonally. What the hell is she doing? Driving with closed eyes, but as soon as I thought it, I saw a portal open up behind her and the whole car entered. All I do was hold tight and wondering where we were going to end up.
As the car turned on his wheels, I had a very clear sight of the car that was behind us just a second ago and looked at the insane face of Kates stalker, but he disappeared as soon as the portal closed. The environment turned from the busy traffic lights to a cliff above the sea. The car came to a halt, but was now upside down.
We made it! I couldn't hide my happiness that we survived this whole crazy ride and looked at kate. A string of blood came out of her mouth and nose and she got cuts and bruises all over her face and hands. She hung lifeless in her seat belt. Was she.. Dead? No way.. What? How did this happen?
Without thinking about it any longer I tried to pry open my seat belt and climb out the car, but I was still in shock and couldn't move properly. When I finally stumbled out the car I felled an immense pain through my leg. I looked at it. Oh god it was broken for sure. Leaning against the car I tried to stand up. I managed to get around the car and pull the door at Kate's side open. Looking at the lifeless body of Kate took my breath away. I was about to cry. She can't be dead. She just can't be. I put my hand under her nose and in front of her mouth to feel if she was still breathing, but nothing. I let my head hang down and covered my eyes with my hands. She died and she didnt even needed to protect me. She was dead, because of a freaking stalker.
With my last strength I pulled her out of the car, using my hurt leg I cried out in pain, but I needed to get her away from the car. I don't know if it would blow up, like in those action movies, but I just don't want to take that risk. When I couldn't go on anymore and made a reasonable distance between us and the car, I laid Kate's head on my shoulder.
Kate, please, wake up. I cried while I let our foreheads touch. I heard the click of the hammer from a gun way too close to my head. I looked up and saw Kates stalker pointing his gun at me.
Youre probably wondering how I found you. Yes, you took the words right out of my mind. Well, Im not an ordinary stalker.
He walked back to the car, still pointing his gun at us, to grab a little device of the back of the car.
You know what this is? It's a tracking device, that's how I could find you so quickly. I could only look at his hand. No words were coming through my mind or out of my mouth.
And now you have to die too. He put the gun to my forehead. Before I could have the chance to call anyone through my mind, he pulled the trigger.