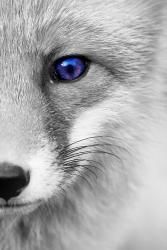 The smell of piss and shit made it hard for me not to puke. Why were all toilets alongside the highway this run down and dirty? I looked in the mirror, seeing my face flinching from disgust. I pulled the gauze off my cheekbone, baring the deep scratches that adorned my skin. They had already healed a lot in two days, considering you could see the bone earlier. The bruises already disappeared and even my ribs were close to recovering. Breathing had already become a whole lot easier.

My eyes drifted to the unconscious man laying down against one of the stalls. He fell to the ground like a sack of potatoes after I hit the pressure points at his jaw. I walked over him and squatted down next to him. Sorry, old man I mumbled as I started undressing him. I winced, grunted at the pain I felt from my ribs as I made quite an effort to unclothe the fat trucker. My current state made me weak, probably even vulnerable. I took of the garment the hospital had put me in and discarded it in one of the trashcans standing next to the sink. Before I put myself in the clothes of the trucker, I stared at myself in the mirror. My body was covered in scratches, my ribs still looked far from okay. I sighed, trying to release the memories from that night from of my head.

I quickly laced the ties of the oversized shoes, hoping that I wouldnt trip over them on my way out. Putting the baseball cap on my head, I squatted alongside the man again and searched through his wallet. I owe you one, Mr I quickly searched his ID and scanned the card, Owen Wilson. I took out a bit of money and his identification and put it in his hand. I put the rest in my own pocket and pushed him into one of the toilet stalls. With a penny I managed to close the lock of the door from the outside. Sorry I whispered, before turning around and getting away from the sickening smell of the mans bathroom.

It was fairly chilly outside. The cold wind struck my skin, as goosebumps decorated the surface. I made my way into the bar and looked around the place. It was full of loners; Men that were eating by themselves. Their eyes drifted to me the minute I walked by their tables. The atmosphere was weird, but that mightve just been me being paranoid. I sat down at the bar, when finally an older woman popped out from under it. What can I get you, sugar? she said, her voice husky. She was a cliché; Dressed in an Ed Hardy shirt with leopard details, curly hair covered by a cowboy hat and all while polishing a crystal whiskey glass. A proper meal, anything I grinned. The woman laughed and put the glass down. Nothing here is proper, honey. I can give you some nuts and fried snacks if you want
I sighed and nodded. Thatd be lovely. And give me some of your best whiskey to rinse away the taste
Well, that we do have! Coming up, dollface she said, and she disappeared into the kitchen after she put a nice looking glass of whiskey in front of me. I took a sip, and felt a bit of my stress wash away. I made sure no one had followed me up until now and removed most of my tracks up until I got here. It would probably take them a week to discover I had been here. Taking another sip of the whiskey, I ignored the sound of another person walking into the restaurant. My hearing was still well enough to hear that it was just one person, a man.
Morning Jay one of the truckers said, greeting the person that just entered.
Morning Phil the voice answered back cheerfully. He sounded young, younger than any of the man around here. He pulled back a barstool at the bar and sat down as if hed walked for miles. He leaned with his elbows on the bar and took off his trucker cap. For a few seconds, I felt his eyes scanning me before he turned his gaze to the bar again. Betsy, you here!? he yelled out. The lady walked out of the kitchen and grinned upon seeing him. Jay, darling! Long time no see! she grunted out with her smoked out voice. What can I getcha?
The usual, Betsy, thanks he said, with an innocent smile on his face. He had a clear sun kissed skin and eyes almost as black as charcoal. His long, thick eyelashes made his eyes pop under their hooded eyelids. His cheekbones looked as if they stuck out from his face and his sharp jawline looked like it could cut someone. I only noticed I was staring at him, until it was too late. His eyes darted straight to mine, making it hard for me to deny I was looking. Surprised, my eyes widened for a second. He grinned, looking at me up and down again. I grinned back, shaking my head and sipping my whisky again. Betsy broke the silence by putting a glass of rum in front of the guy. Here you go, Jay. You need something to eat, as well?
No, thanks Betsy, youre an angel he said, as he eagerly took a sip. Betsy walked back into the kitchen after getting her ego stroked and left me alone with the guy again. I sighed at stirred the glass in my hand out of boredom. I could feel my body craving nutrition. It needed everything to help it heal faster. Unfortunately, the only thing Id be getting right now is processed food and nuts. I sighed again, just for the heck of it. Apparently, it got the attention of the guy sitting next to me.
Tough day? he asked me. I snickered ironically.
You bet I answered him. He smiled in return and looked at his glass.
You know, you shouldnt be driving and drinking he noted. I rolled my eyes to the sight of him holding his rum.
Youre one to talk I mumbled under breath. He grinned at my response and took another sip. Betsy walked out of the kitchen and put a big plate of snacks in front of me. She also handed me a big cup of nuts. Usually I wouldnt even get the slightest bit warm at the sight of anything fried, but at this point my body was craving anything. I started putting the snacks in my mouth one by one. It couldnt be called eating anymore, I was devouring them.
My snackfest was interrupted by the guy snickering, watching me as I stuffed myself. I looked at him with narrowed eyes. What? I spit out.
You have a big appetite for such a petite girl he snickered.
Mind your own business, delivery boy I snapped at him, putting another chicken nugget in my mouth. I could still feel his eyes fixated on me, as if he was unravelling some kind of mystery.
Where are you from? he asked me.
Everywhere I answered him, keeping my answer short and vague.
Travelling for work?
It started off like that I stated, Now Im travelling to Escape
He nodded at my answer. Some folk just arent made for the normal life
Well, you got that right I mumbled, partially ironically. It stayed quiet for a bit. I ate some more of my snacks and we both sipped our drinks. I started feeling a bit warmer thanks to the alcohol.
So, where are you headed next? the guy asked me.
As far away from here as possible I told him. He looked quite puzzled. This town is a hell-hole I added.
I agree he said while nodding. Say, can I buy you another drink?
No, thanks I said as I looked him in the eye. He looked like a turned down puppy, which made me snicker. But you could give me a ride...