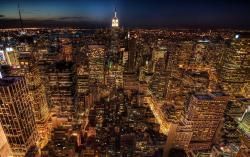 Oliver
She turns around and hides her face from me. Why, I dont know that. She is hypnotizing. The way she looks at me, smiles when she thinks about something funny, narrows her eyes when she is thinking. God, I dont know why and how but I think she has me under her spell and I like it. I dont know how she does it but I dont want to find out just yet, because I am terrified. If she ever finds out about me, about what I am, I dont know how it will end

Rosella
Why does he stare at me with those emerald eyes of him? I am drawn to him even though he is not my kind. Part of me knows I cant be with him. Part of me wants to deny that truth. And part of me wishes I never met him in the first place.

What do you want to drink, Oliver? I ask. Just a soda is fine, thank you. No beer? I tease with a grin. Why am I doing this? I think. No Rosella, soda is fine. He grins. I grab one and toss it his way. He catches it with ease. I am surprised about his agility, even when I keep in mind the possibility of him being a werewolf. Still, most I encountered never were this agile. Wow, that was surprisingly agile for a human. I nonchalantly say. Then he freezes dead in his movements. What did you say? He asks. All I said was that humans never could move that fast as you did. I say lightly.

Faster than ever possible for a normal human, he stands in front of me. How did you find out?! He yells at me. I grin with satisfaction. Ha! I knew it! Knew what? Well I had my suspicions I say. Oliver is taken aback with this news. What do you mean? He says, surprised. I suspected you were a werewolf, but I didnt know for sure. So I got you to admit it to me. How in the world did you know about me? And how do you even know about werewolfs existing in the first place? He asks, very very confused. I sigh. It is time to tell him about myself, even though Im not thrilled to do so.