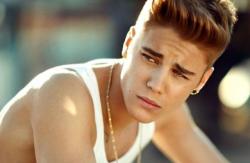 A dutch baby, please, I winked at the waiter. He smiled back at me, a gleam in his eyes, while he jotted down my order. I bit my lip when he smiled again and left the table. And your phone number please.
Could you stay with us, Aimee? Charlotte sighed frustrated. I looked at her and rolled my eyes.
Off course, I murmured. I licked my lips and tried to find out what the conversation was about, while I watched the waiter from the corner of my eye. He was cute. And his ass looked great. The waiter licked his lips as he put down the drinks in front of us. With a little smile I turned away from his and started following the conversation.
Charlotte and Scooter were talking about the tour and how everything would go down. We would start with a tour through the United States, which would take several weeks. Then wed have a few weeks of vacation, before starting the European tour in France, my home country. I would be the openings act for every performance. I was allowed to decide which songs I would sing, as long as I didnt sing the same songs as Justin did. We would travel by bus, which would include some sleeping places, so that we could take a nap during the ride. The rest of the nights we would sleep in a hotel.
I agreed to it all, not really paying attention. Planning stuff wasnt my thing. In the end, nothing would go according to plan, so it didnt make much sense to me to make a plan. I took a big sip of my dutch baby and felt the drink burning in my stomach. A strong cocktail might not have been the best idea, but I was working on it now, so it would not matter much anymore.
Scooter and Charlotte started sharing old memories during the starter, which made me laugh occasionally. They met when Charlotte followed a training course in the U.S.. They had a short, but intense affair, which had ended in a happy friendship. I dont have to tell you the details.
Aimee, youre being awfully quiet, Charlotte gave me a little push on my arm, which gave me a jump scare.
Im always silent, I murmured, as I let my gaze slide back to the waiter. Suddenly, I felt her hand go to my elbow and give me a warning pinch. A small squeaky sound left my mouth and I looked at her with wide eyes. The look in her eyes said enough: Leave the waiter alone and talk to Justin.
I sighed, looked up at Justin, whos eyes were glued to the screen of his iPhone and sighed again, pleading to Charlotte with my eyes. She was, however, determined to get me to talk to him, so I sighed again and put on a fake smile.
So, I said, trying to get his attention, what do you do when youre not busy doing music?
What?
I said, what do you do when youre not busy doing music? I replied, irritated. He raised his eyebrows.
As if I have something else to do, he laughed mockingly, after which he rolled his eyes. I gave Charlotte a meaningful look and bit the inside of my cheek to keep in my sarcastic comments inside.
Im still studying, I said. As if he cared. He didnt even look up. I started law school, but I didnt like it, so I stopped pretty quickly. Now, Im studying to be a teacher. A special program, off course, since Ill be touring with you, but
You know, Justin interrupted me, I dont really care.
Fine, he said it. I gave Charlotte a triumphant grin and nodded. Fine, then I dont have to pretend to like talking to you.
I felt his eyes on me while I started looking for the hot waiter again.
Aimee Charlotte said in a warning tone.
Shut up, Char. Justin is an ass and the waiter is hot. I dont see any problem, with those words, I stood up and sighed, Im sorry, Scooter. I really wish it wasnt going like this. Hopefully you will teach him some manners before we leave on tour.
I gave Justin an angry look and as I walked away, I heard him chuckle. I sat down at the bar, crossed my legs and winked at the waiter again, who gave me a questioningly look. I shrugged, after which he came my way.
Can I bring you anything else, miss?
A dutch baby, I answered, and can I get my food at the bar? I really dont want to sit at that table anymore. And call me Aimee.
Ok, he nodded and I saw the twinkle in his eyes, can I offer you something else?
I bit my lip and grinned. Well see about that.
Smiling, he went back to work and I rummaged in my bag, looking for my smartphone.
@Aimee: I am thankful for all those difficult people in my life. They have shown me exactly who I do not want to be.
A small smile adorned my lips. Dozens of fans answered my tweet and made me feel better. Then my smartphone vibrated with that cool Sword Art Online soundtrack they used whenever a big and awesome moment would happen. A lot of times I would just let it play out, because it gave me goosebumps, but since it was my brother calling me, I decided to pick up.