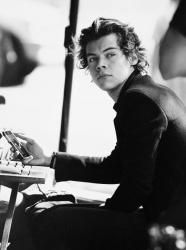 
Creams Sunshine of Your Love echoed inside the walls of the bachelors flat I bought just two months ago. This afternoon, it had taken me a decent hour to figure out how the Bang & Olufsen sound system was working and I got so agitated over the minimalistic design, lacking a sufficient number of buttons I thought were necessary, that I almost promised myself never to turn the damn thing off again to make it easier on me. The duplex overlooked Hampstead Heath and I could see only the lanterns lighting up the few joggers that benefitted from the set sun, and old people letting out dogs. I had turkey in the oven and found myself in the trivial moment in between warming up food and waiting for it to be ready. Softly humming, I dwelled around the walnut floor, pressing my head against the wall covering window every now and then. I had calmed down over the course of the last week, yet thoughts of that weekend still prevented me somewhat from functioning normally. I liked to call them daymares, making me zone out at inconvenient moments, like recording in the studio or talking to mum on the phone. Besides the memories, my mind wandered off to the gentleman Id met at the iHeart awards earlier this month who gave me his business card. Im offering who youre looking for, hed said, looking at me with a formal mischievousness before disappearing back into the crowd. Looking at his neat custom YSL suit, I immediately thought about what popped into mind first: drugs. I was beyond despair of how my future looked if I continued this way. That much even, that I was prepared to make the call to the number on the card to see what he could mean to me. If I well-remembered, I put the card in the corner of the mirror frame in the hallway. Making my way towards the front door, I reached for the card as if any moment, it could disappear. It only indicated a number, 555 009 008. Biting my lower lip, I kept pressing the lock button of my iPhone, a habit Id grown in middle school when I still had a Nokia flip phone.

Breathing out, I stepped back into the living room, taking place in front of the window and making my forehead rest on the glass. I couldnt quite remember what triggered it, the medicine I was taking to release everything bundled up inside of me as if it slowly had been building up ever since I heard my name fall on that stage back in 2010. The X Factor was an amazing experience, yet I found myself unprepared for the speed that course would take. Two hands were all I needed to count my sleepovers at home since, and the constant traveling the last three years had put me out of touch with my peers and submerged me in a world of frantic screaming, different gyms every other day and constantly ringing ears from taking off and landing, all together taking up more time than the one spent on solid ground.

Who is this, a deep voice at the other end of the line asked without wanting to sound curious. I took a sharp breath, Harry, I simply said, slapping myself mentally. Harry did not mean shit.

Mister Styles, the man surprisingly answered, a bit less cold, Ive been waiting for your call.

I was wondering, I asked, what you can do for me. I honestly had no idea what this would bring, even less so when I heard the man chuckle lightly. I can mean whatever you want me to mean, Mister Styles. Id say we meet so that I can explain.

Not quite expecting him to go this fast, I swallowed before mumbling O-okay. As soon as possible.

Does tomorrow evening suit you? At five? It will only take an hour, he explained so monotone I could tell he was used to doing this. I nodded, only realizing he couldnt see me, and yet he went on perfect, Ill see you at your current address.

The line went dead and contrary to my hopes, I was none the wiser. This guy knew who I was, and he knew where I lived. Yet I couldnt help grinning at whatever was to come tomorrow, that might solve my problem. Cream had stopped playing and made way for Susie Q from the Creedence Clearwater Revival, the turkey was ready, and I was even so for tomorrow afternoon.