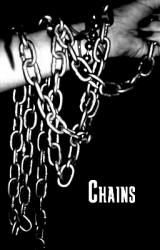 I had been to several Hogwarts feasts, but never one quite like this. Everybody was in their pajamas, and the celebration lasted all night. I didnt know whether the best bit was Hermione running through the great hall or Hagrid turning up at half past three or professor McGonagall standing up to tell us that the exams had been canceled as a school treat or Dumbledore announcing that, unfortunately, professor Lockhart would be unable to return next year or Ginny who came up to me with the biggest smile or Luna who seemed to be beaming with pride, even though I had forbidden her to tell anyone what happened.
The rest of the final term passed in a haze of blazing sunshine. Hogwarts was back to normal with only a few, small differences  Defense Against the Dark Arts classes were canceled and Lucius Malfoy had been sacked as a school governor. Draco was no longer strutting around the school as though he owned the place. On the contrary, he looked resentful and sulky. On the other hand, Ginny Weasley was perfectly happy again, which made me happy too.
Too soon, it was time for the journey home on the Hogwarts Express. I turned around one last time, looking at the castle. Ginny mustve noticed the sad look on my face because she threw her arm around me and pulled me close.
Dont worry, she smiled, its just the summer vacation. Youll be back before you know it. And next year, I do not intend to be possessed by a dark object.
I tried to smile and nodded, because I couldnt bring myself to tell her the truth: that I wouldnt be returning for a while. Maybe one day, when the Dark Lord was gone for good or when he found a way to get his body back and all hope was lost, then I could return. I was hoping for the first, but I knew that was futile. If Dumbledore believe he was still alive and looking for a way to come back, I believe that too.
Ginny shared her compartment with her family and Harry and Hermione. I sat with Luna, enjoying the last few hours in which we were allowed to do magic before the holidays. We played Exploding Snap and traded chocolate frog cards.
Ill miss you, Luna suddenly said as we rode into Kings Cross. Luna was the only person I had told about my situation. I felt like I owned her that, after her help all year. You always stood up for me. I dont think Ill have any friends left if youre gone.
Youll be fine, Luna, I took her hand and gave a little squeeze, you are honest and brave and smart. Youll find some new friends in no time. But you can write me, if you want.
Ill write you so much youll feel like you really are at Hogwarts.
Id like that, I hugged her, my eyes watering, be save, Luna.
You too, Kath, she took her suitcase, waved one last time and disappeared between the crowd thronging toward the enchanted barrier. I put down my suitcase and stared at the sea of people. In the distance I saw the blond hairs of Draco Malfoy.
My fathers voice and a memory flooded my brain as I watched him hug his mother. I was only seven years old and Draco and I were playing in the snow. Well, I was playing in the snow and he was staring at me like I was crazy. My father came out of the house, his cheeks flooding with tears. He never really told me what happened. All I remembered was what he said, as he hugged me and tousled Draco's hair.
'One of the hardest things you'll ever have to do, my dear, is to grieve the loss of a friend who's still alive.'
And finally, as I stood there, watching my oldest friend disappearing from view, I knew what he meant and my heart broke again.
Hey, Katherine! I turned to see Harry walking up to me. I figured out why Im a parseltongue. Dumbledore explained a bit about it. He said its because Voldemort is the last heir of Slytherin. Apparently, he put a piece of himself inside of me.
Really? I asked, sending a silent thank you to the headmaster for keeping my secret. Well, then I guess its nothing to worry about, right?
How about you? Harry said, have you found out anything new?
Nah, I lied, waving at Hermione and Ron who were waiting a bit further away, but I dont care. Its just something I can do, an ability I have. It doesnt mean anything.
If you say so, Harry smiled and held out his hand, see you next year, Macmillan.
Yeah, I nodded and shook his hand, next year.
I was the last one to leave the platform. Staring at the Hogwarts Express, I didnt even notice the tall, thin, and very old man standing next to me.
Katherine, he gently said, shaking me out of my thoughts, are you ready?
Ready for a new, lonely life, full of hardship? I sighed, is anyone ever ready for something like that?
And with that I grabbed hold of his arm, apparating to my new home.