It's midnight and I'm not famous yet 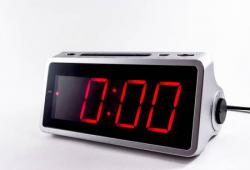 The heavy door creaked open as a young man with short blonde hair stepped into the room. His tick, snow white hair that normally danced in the wind, was now flattened by the rain. He wore a black silk shirt that stuck to his body, leaking on the floor  completely soaked. He let the long black faux-fur coat slip off his shoulders, letting it fall on the cold wooden floor of his one-bedroom apartment in Queens. He sighed and pinched the bridge of his nose before dragging himself to his bedroom. Not bothering to turn on the lights. The only thing that lit the room were the red digits on his alarm clock. His eyes fell on the numbers. Ten to midnight. He kept staring but the numbers never changed. He wanted to keep it at that but the familiar sound of an Instagram notification pushed him over the edge. His hand grabbed the clock firmly and threw it against the nearest wall with a lot of force. He stared at the place where it landed. His chest expanding and contacting more and more, his breathing going in irregular patterns and his whole body shaking with anger. He wanted to scream, but no sound came out. He just stood there. His ragged breath being the only sound filling the room. He let himself fall on the soft mattress of his bed. He was done, over it. He stared at the ceiling feeling a single tear burn behind his eyes. Eyes that used to be bright and have a spark twinkling behind them. Eyes that had now grown to become dull copies of what they once were. He was half the man he used to be, and maybe even less. He fought the tears, not wanting to give in to the pain. He would not cave; he would not give in to his emotions. Not now, not about this. He closed his eyes and focused on his breathing. It calmed him. He started to slowly undo himself from his clothing. Struggling due to the position he was in, but he wouldnt move only to crawl under the warm sheets. He pulled them to his chin  hiding himself from the mean world.

It had all started months ago when he had packed up all of his belongings and moved to the big city. He left his life behind, feeling as if he was destined for something greater. And so he started his path to a new life, a better life. He had taken on every opportunity he could get his hands on. He wanted badly to get his big break, but all he needed now was an actual break. The numerous disappointments had taken their toll on him. Hell, he hardly made enough money to pay for his rent  let alone for his dinner. He couldnt cope any longer with the lies and the flakiness of everyone. Even the so called Hollywood parties had done enough damage to both his mental as physical well-being. All they had done was contribute to his insomnia and burn holes in his nose. From sleep is for the weak to sleeping for a week. He took another deep breath. He had done it all, lost himself in his search for those five minutes of fame. He had (quite literally) kissed every big names ass, he had taken on every lousy job or gig and he had even sold his body. And for what? To what ends? He had accomplished nothing, gotten nowhere. Its not that he thought that things would go easy, but he had given this his all. He gave, and gave and gave but there was nothing left for them to take. And for the first in forever he felt lonely. Alone in the city that never sleeps.

He was ashamed, felt as if the city was humiliating him. He blindly grabbed his phone from the nightstand. Dialing the all too familiar number. He listened as the phone connected. He rolled over to his side and stared at the partially broken alarm clock. The still bright red lit digits mocking him. He hardly held his composure as the familiar deep voice greeted him, confusion present in the voice. The boy swallowed away the lump in his throat before he pushed out the words. Its midnight, and Im not famous yet.