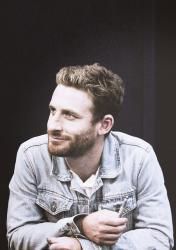 I woke up again when someone entered the room and sat on the side of my bed. I tried to open my eyes a bit, but all I could see was a hand laying on top of my head softly brushing through my hair. You can sleep Hera Dean spoke Will you read to me? I quietly asked him while closing my eyes again. I could feel Deans surprised look burning down on me, eventually he stood up What book do you want me to read? he asked The Hobbit I said without a doubt, having a cheeky smile on my lips. The Hobbit meant a lot to us, all of Tolkiens books did, we grew up with them. When I was little my parents our brothers would always read the books to me, wed be playing characters from the books like Fili and Kili. I always played an elf girl since there werent many women in the books.
While Dean sat down next to me again I was still smiling thinking about the good old times, Dean let out a short laugh too before opening the book and reading it to me: In a hole under the ground there lived a hobbit he began. The story seemed to swallow me up at once, in only a second I felt like a hobbit in the shire. Letting go of my fear and finding peace in my troubled mind I followed Dean in every word he spoke. When he finished the first chapter he closed the book and stoop up. Please come with me Hera, Fili needs you, I promise Ill be the best Fili there is as long as this princess is coming with me. Dean whispered in my ear before placing the book on my night table. After he left the room I swiftly fell back asleep, that night I dreamt about the hobbit, New Zealand, and my big brother as Fili the dwarf prince.
When I woke up the next morning I took the book from the night table into my hands and carefully walked downstairs. So when are we leaving Fili? I asked my brother who was eating breakfast at the kitchen table. Dean immediately looked up from his newspaper with a surprised look in his eyes Are you for real? Will you come with me? he asked in disbelief whereby I shrugged. Why not, you know Im getting tired of living in my room, being alone and sad all the time I mumbled where after Dean jumped off his chair and pulled me in his arms, hugging me tight. Wow take it easy brother, Im just going with you. I still want to do my own thing there and stuff I said but Dean barely listened. Of course, of course no problem! Its going to be great I promise you! Ill be right there when you need me! Dean said in a sincerely happy tone.
Well be leaving in a month, itll be summer, we can go to the beach there, get to know each other around the bonfire or something Dean started dreaming already, luckily I was there to get him back to reality before he completely drifted away Dean, I do not need any meetings okay? Just let me be myself okay? I mumbled whereby he quickly nodded Yea sure, sorry, I was just getting a bit too enthusiastic, its because of the stress he explained where after I nodded and grabbed a banana and a yoghurt as breakfast before going back to my room.
The next month passed by slower than ever. The last ten years had felt like eternity to me, but now that I finally had something to look forward to I felt time slowly ticking by more than ever. I had already packed my bags two weeks before we would be leaving, I read all my Tolkien books over and over again. Watched the Lord of The Rings movies with Brett. I even tried to do some exercising, maybe I would for once be able to thank myself for that once I climbed some mountains exploring New Zealand. If I did have to leave this house then I should at least make the best of it and try to go on as many hikes as possible. I lived in such a beautiful country and I hadnt even seen 10% of it!
Its not that I never liked going on hikes, I just never could. Since the day my parents died and I almost died, I physically couldnt take the long hikes anymore. Even the simple exercises I did in my room demanded my full concentration and even let to unbearably pains in my chest. At least I knew I was still alive that way.
After preparing myself for some adventure and even worse a lot of human contact, I could honestly say I was ready to go. I was stressed out about it, didnt know what to expect, but I was never more ready. The past month had given me a lot of time to think, and I had been thinking a lot. Mostly about the way I had been hiding myself for the past ten years, if it wasnt for Dean and Brett I would have been nothing more then a ghost to this world. I hadnt felt alive in the past ten years and the worst part it all, I didnt even mind. I was totally fine acting like I was a zombie, telling myself I was dead but didnt know it yet, I wasnt dead at all and it was time to make up for that.