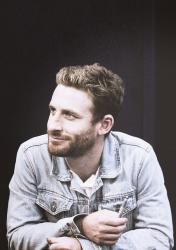 That night I slept like a rose, I didnt have nightmares and I didnt wake up all sweaty for once in a long time. Waking up looking right at Richards beautiful and peaceful sleepy face already made me the happiest person alive. I felt butterflies swirling through my stomach, all I wanted was to lay in bed and look at that man for the rest of the day. Sadly Richard woke up only a little later Good morning beautiful he whispered which immediately made me blush. Good morning I answered with a shaky voice as I still wasnt used to his raspy morning voice. We should probably get up, before they start missing us and find us all snuggled up together here Richard suddenly said before kissing me and leaving the bed which kind of woke me up from my beautiful daydream. I wasnt alone with him on a deserted island, I couldnt kiss or hug him all day. We were in New Zealand, on a movie set with hundred others actors and crew members, we had a job to do, a movie to make and a secret to hide. When Richard came out of the bathroom it was my turn to get out of the warm bed and get dressed as well. When I was dressed I first left my trailer to check if anyone noticed Richard was inside or looked suspicious, when the coast seemed to be clear I told Richard he could come out and so we walked to the cafeteria together. There everyone was just acting as normal, getting a quick breakfast before they had to go sit in the make up chair, or just grab a sandwich and leave to get the set ready. I saw Aidan, Graham and James sit a bit further in the cafeteria so I grabbed a sandwich and joined them with Richard. So everyone ready for the Mirkwood scenes? Be prepared to see a very fine piece of acting today! I suddenly heard the well-known voice of Lee speak while he entered the cafeteria, Dont spoil it too much, lets just show them our bad ass and yet elegant as fuck acting skills Evangeline said coming in after him. Orlando who was already dressed up as Legolas just walked behind them not caring for a moment about what they said. He just cared about one thing in that moment, food.
After breakfast I quickly went to the studio to go through everything that needed to be filmed that day. Lee was already sitting on his throne when I entered, he wore his full Thranduil costume and if I didnt know any better I would have thought a real elf just walked in here and sat on that throne. What are you looking at you peasant, be gone youre ruining my magnificent view he suddenly spoke looking at me in bored way. I first looked behind me thinking he would be talking to one of the dwarves, but there was no one standing behind me Yes you lady he then spoke again which made me give him an angry look. Slowly I walked even closer up to him, up the stairs that led to his throne until I stood right in front of him. When my face was only a few inches away from his I smiled looking at his confused expression. Boo! I suddenly squeaked which made Lee crawl a little deeper into his throne. Now I definitely couldnt stop laughing. Oh dear you almost did it, you almost scared me off if I didnt know you any better it would have worked! I told Thranduil before carefully walking down again towards Evangeline who was also laughing at Thranduils ridiculous face remember dear elf the only beautiful view here is this ass! I then spoke walking away while shaking my ass at Lee who also had a smirk on his face now as he watched me go. When I walked around the corner I was suddenly stopped by Dean. What do you think youre doing? he sizzled at me pulling me into the corner so no one could interrupt or even see us. At first I had no idea what he was talking about until I saw him looking from Thranduil to me. Well? he sizzled Dean please, stop acting so childish, I was playing a little game with Lee I answered. Dean shook his head in disbelief A game? You call that a game? I have been watching you guys for a long time and this is no game anymore, you two are just openly flirting with each other. Were at work here Hera! You cant just do that kind of things! Dean then spoke. I almost couldnt believe my ears Flirting? I squeaked. Yes exactly dont act like you dont know, first you hang around Richard like youre his cat, now Lee Dean mumbled, I couldnt help but let out a fake laugh. Oh Dean please grow up I said but it didnt seem to calm him down at all I am serious, stop this game of you now! he spoke again. At that moment I suddenly had a pretty genius plan, if he thought I was flirting with Lee, he had no idea of my relationship with Richard. Maybe if Lee played along I could keep Dean from finding out about Richard and I. Now that I knew how he freaked about about this whole flirting idea Id rather not find out how he reacted if he found out I was together with Richard. Look you cant keep deciding how I should live my life, its just a playful game, okay let us be friends and go have fun with your own friends okay? I then spoke before walking away towards Andy so I could get my own camera and film some behind the scenes stuff today.