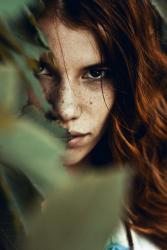 A few days passed by, I still felt a little nervous about the talk I had with Richard, yet I felt relieved that I told him everything. I was happy he understood me so well, but I was a little scared of what he might be planning inside his little mastermind. I still didnt want Dean to know anything about us, either way it would have huge influence on their relationship and the way they play their roles as Thorin and Fili or Dean would take it a step further and make me leave the movie set and go home if that was even possibly since I was an adult, still I didnt dare to underestimate him. As time passed by I dared to relax a little more, after a few weeks Richard still didnt seem to have talked to Dean about us, and so I believed he listened to me and just decided to leave everything the way it was. The holiday season was upon us, we had been shooting for a couple of months and everyone started to look forward to going back home for a while during the holidays. The only person who didnt seem too happy about the Holiday season was Richard. We just got our first argument when Richard asked me to come to London with him during the holidays which I refused because then Dean would definitely find out about us. Richard even promised hed tell Dean he was going to be my tour guide around London but then I was scared Dean would just come along and I didnt want that at all. Its Christmas, youre supposed to be spending that with the people you love most Richard defended himself as he paced around my living room. Yes exactly and its not that I dont want to spend it with you but Dean isnt stupid, I cant risk it! I love you, youre the best thing that ever happened to me, I cant afford to lose you! I spoke. Richard sighed and ran his hand through his hair So thats it? Dean wont like us being together? Dean wont want you to come to London with me? So youre just going home with Dean, lock yourself up in your room again and live your life the way Dean wants you too? Is that how you want to live the rest of your life Hera? Richard now spoke in an angry voice. I had to admit I wasnt used to him talking to me like that, but I couldnt deny that I understood him. He was right, I had no idea how much longer I had to live, why would I let Dean live my life for me? Richard came sitting next to me as I didnt answer for a few minutes, Hera? You ok? I didnt mean to get mad at you! he spoke which made me smile and grab his hand. Im okay, I know you dont mean to get mad at me, but youre right! I said which made Richard look hopefully into my eyes Ill come to London with you I spoke. I didnt have to say the words twice, as soon as I spoke them Richard jumped in the air and pulled me into his arms You wont regret it, just bring all your winter clothes because youre in for your first snowy Christmas! he smiled and I couldnt help but smile as well. I couldnt describe how much I loved this man. He made me feel alive, helped me to make my dreams come true and he didnt ask anything in return but my love. Goodbye Christmas under the palm trees on the beach, hello snowy London! I laughed before kissing Richard once more. First well have to finish a few more scenes though, but hey the countdown begins! Richard said before taking my hand and leading me to the bedroom. Richard? I asked as we were laying in each others arms in my bed. Hera? he answered. Can I get to meet your parents? Richard stayed still for a while Would you want to meet them? he asked in surprise Of course, I mean its going to be Christmas, I bet your parents would love to see you that day so maybe we could see them together? I suggested which made Richard kiss my forehead You are truly the most amazing girlfriend ever, Ill let them know well meet them at their place Richard said giving me a few more kisses where after I swiftly fell asleep.