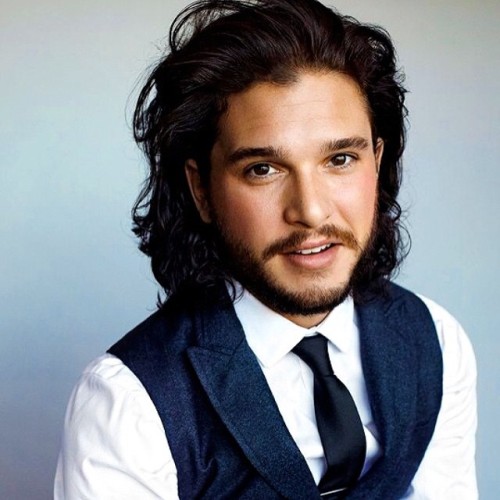 "Drink! Drink! Drink! Drink!" Most of the room is chanting with us as Matthew tries his hardest to finish the fourth beer he is chugging, after spectecularly losing a thumb wrestling match with Meredith, one of Callum's friends. At last he slams the red cup down, panting heavily.
"No more!" he begs. "I will throw up and I don't clean!"
It results in roaring laughter. He landed yesterday and since he came from New York he is fighting off jet-lag exhaustion. I can't imagine how hard these three beers will hit him. He wobbles a little and Meredith charitably helps him to a chair. "You took that in stride." She comments.
Matthew waves it off, burping into his fist. "I'd rather take a bucket."
The penthouse is pretty packed: at least thirty people are inside and I imagine at least half of that amount is on the balconies. I know many of these people by face, but that's where it ends. There has been a considerable amount of people that have approached me as if they knew me, only for me to find out that they follow me on social media and that's why they know my name. After the fifth girl coming up to flirt with me, Liliana possesively took place on my lap. We might be in an open relationship, we don't like sharing when the other is around. Music blasts through the speakers, changing between generic dance music and the kind of song the entire crowd sings along to. We just covered "We Want It That Way" and you bet I made Gabriel go up on a table and make a show of it. It was a glorious thing to watch.
Suddenly I feel Liliana's lips against my neck and I smirk.
"I thought we agreed to ride it out until at least..."
"Ssh," she shushes me, mouth at my ear now. "I didn't want to seem conspicious, but Emma's here."
I roll my eyes. "I swear, you guys have a bigger problem with her not liking me than I do. Gabriel already hinted me that she arrived."
"I just don't want you to run into her unprepared. Didn't you say you two clash?"
"Yeah, but so what?" I take a deep swig from my drink. "I'll just avoid her, like she'll avoid me. There's plenty other people to entertain us."
Liliana looks a little worried and Gabriel is also throwing me glances and I groan. "Jesus Christ, just let it go? Remember Gabriel, when you asked us to let something go? Just a few days ago?" I say suggestively. That hits home.
"Sorry, man. You're right. It doesn't matter." He says. We toast, grin and all is well again. Though I do find myself following Emma around in the corner of my eye, for no apparant reason. Maybe just so I can avoid her.
"Time for another drink!" Audrey suddenly announces. It happens to be in earshot of Callum, who spins around on his heels.
"A wonderful idea!" He announces, then focuses on me. "What do you say, Lucien? Ready to pick up our old hobby again?"
I grin wide. It's not an hobby I ever really put down, but it's true that I first picked it up with Callum, when I spent a few weeks at Cambridge. I jump up. "Only if you have the outfits to go with it."
"Oh, you wound me to think I would suggest without having those at the ready! Come, we'll get changed and then show them all."
Gabriel and Liliana watch me go with a smirk, but most people look very confused. Even Emma and her friend, on the other side of the room. Our eyes meet shortly, but both of us quickly look away.

A few minutes later, Callum and I are decked out in vests and ties. It's a ridicilously over the top look, but it fits the theme. We take our place after the bar and exchange a look.
"Have you been practicing?" I ask him. He grins and nods.
"Only every week. Why? Worried that I'll outshine you?"
"Oh, don't flatter yourself." I answer, putting out our props in front of us. "I was always the better one. Remember Christmas last year? I totally destroyed you."
"Lies! I never took you for a liar, Lucien du Castellon."
I roll my eyes, playfully, and hand him a shaker. "Let's start out in sync. What routine?"
"Vegas 2018?"
"A classic. Let's do it."
Callum gestures to the dj to stop the music, who quickly complies.
"Ladies and gentleman!" The British lawyer starts. "Now that you've all had time to get to know each other a little better, it's time for some entertainment! Please, be amazed while my pal and I pour you some stunning drinks! Enjoy the music, enjoy yourself and mostly... enjoy the moment!" He tells the dj what song to play and we exchange another look. I'm almost giddy with anticipation, stupid as it sounds. I love flairtending, and I know that Callum absolutely is up to par with me. It'll make for an amazing show. The music kicks in and even though it has been a long time since we did this together, we start our routine at the exact same time. We both make small mistakes at the beginning, but it's not long before we get into it. The rest of the routine goes flawlessly and I can hear the people cheering us on. Every now and then Callum and I exchange a wide grin, both in our element. When the routine ends, neither of wants to stop and both of us are hyped up. So we keep going, improvising as the music continues. Both of are wildly showing off, even when flairtending is all about that. We get competative, trying to one-up each other constantly with more outrageous tricks, more daring throws and spins, and I doubt either of us is going to stop before a battle shatters on the floor. But there comes a point where we end up working on the same drink, tossing the tumblers and the bottles between us like they're baseballs. Some drops are spilled, some lemons crash to the floor, but overall we're doing very well, considering how long it's been since we dual-tended. We pour the last drink and slam the glasses on the bar simultaneously. The crowd cheers and applauds loudly and we give the drinks we made throughout the last fifteen minutes to some pretty girls up front. Both of us are panting and Callum passes me a cloth to wipe my forehead, while he does the same.
"Do promise me we'll do this more often once you move to the UK, Lucien."
I grin wide, and nod. "I'll seek you out every weekend, you needn't worry." I quickly make two mojito's, one for each, and go to join my friends again. Liliana beams with pride, but when I wrap an arm around her waist she says: "You are such a self-righteous show off."
I press a kiss to her lips. "I know. I also know that you were barely able to contain yourself as you were watching me."
"That.... might be a little true." she admits. I laugh and then get a phone shoved under my nose, with a widely grinning Matthew.
"She's not the only one who liked it."