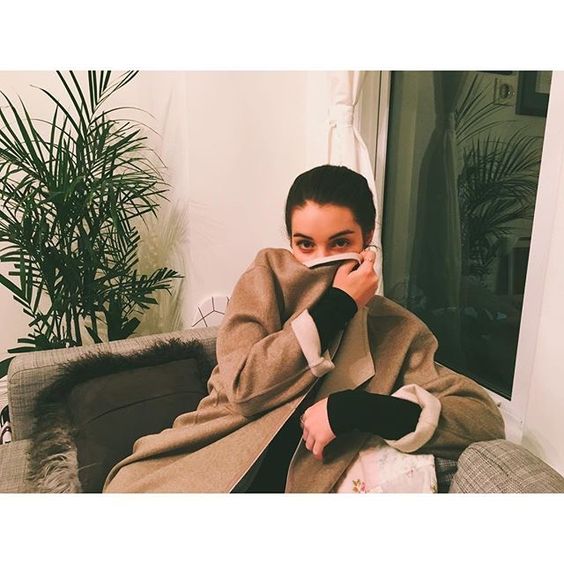 "I hear you've been mean-mouthing Lucien," Callum tells me over breakfast.
He came home late last night, slid into bed quietly while I was pretending to be asleep. We've been cold ever since the night of his business meeting.
Ever since he said it was hard to love me. He's said it before, but this time he said it to my face, and I can't really shake it.
I decide it's better not to reply to Callum's comment, but I realise that wasn't a smart move when I see his glare.
"I..," I feverishly stir my coffee, "yes, I made the mistake of being mean to him. He started asking if we were okay..."
Callum won't let me finish my sentence. "Why would he do that?"
"Because he said we were both acting... off. Touchy, I think he said," I can't look him in the eye. "And I just... I let myself go, and I shouldn't have."
"What did you say?" I can almost hear worry in his voice, but not because he's afraid I said something too mean to Lucien. No, he's afraid I've mentioned the incident.
"That we're fine and he doesn't seem like the one to know about a healthy relationship," I reply, in full honesty. The more I think of that conversation, the more I realise I might not know too much about a healthy relationship, either.
For the first time in a while, Callum smiles at me. "Yeah, we're fine, aren't we?"

We both know we're not fine, but neither of us will admit it.
The days following that morning, we fight some more. About dishes, about me planning to go see Kenna, about me taking a work call whilst cooking.
Most nights end with me crying, Callum calling me a manipulative bitch, and then me locking myself in the bathroom.
The next day, there'll be a lovely note vaguely apologising but still blaming me for everything, or even a nice gift to soften the pain.
This has become our routine.
One of the mornings I arrive at work, there's a beautiful bouquet of flowers on my desk. Sasha, already sitting at her desk, smiles at me, pointing at the gift.
"Romantic," she grins. "Is it your anniversary or did he have something to make up for?"
As I set my bag down, I try and find the right words to say, but I just sound like an idiot. "No, why would he have something to make up for? It's just a nice gesture, he's just nice."
Sasha raises her hands in the air, as if to offer peace. "Forget I asked.."
From his office, I see Callum smile at me as I turn around. He's so charming, and I'm so lucky to have him, because at least he's considerate.
"So how's the case going?" she then asks, gesturing at the pile of files on my desk.
"It's alright, I'm presenting the outcome to the team tomorrow," the team, including Lucien and Callum. I'm nervous about it, for sure, and nowhere near ready. "So I'm working late today... I have to make sure it's perfect."
Callum knows about this, and ensured me it was okay. If I needed to, I could even use his office to work in peace, because he'd go out for a business lunch and would work from home for the rest of the day.
It's perfect. We both get some time to ourselves, and after this meeting both of our stress-levels will be down and we can go back to normal.
I'm working all through the day, only taking a break to have some lunch or smoke a cigarette. This presentation has to be the best, because after my falling out with Lucien I have to show him that even if I'm a total bitch sometimes, I'm stil professional. Callum has ensured me that Lucien will appreciate it.
I text him around six, letting him know I might just pull an all-nighter and come home in the morning for a change of clothes and a shower. He says that's all right, he's still working, too.
I'm sat in his office, typing away and putting the final finishing touches to tomorrow's presentation. The sun has gone down, most people have left, except for the last people stress-working on their cases.
A cleaning crew has already come in, started vacuuming, and I feel my last bit of focus disappear around nine.
Maybe I should just go home, get some sleep and start early tomorrow morning. The meeting isn't until twelve, so I'll have plenty of time. That's probably better than to spend another few hours behind the computer like a zombie.
I pack up my stuff, lock the door with the key Callum gave me, and head out.
On my way to hail a cab, I call Callum to let him know I'm coming home, but he doesn't pick up.
Knowing him, he's either in the shower or still working and has either turned off his phone or he just doesn't hear it.
Maybe it's nice to surprise him, so I pick up a nice dessert from this Italian bakery still open, and head into our appartment building. I consider calling Callum again, checking what he's up to, but I decide not to.
I take the stairs in stead of the elevator, sprinting up the flights of stairs, carefull to not drop the box of goods in my hands.
It takes me some time to find the keys in my bag, and unlocking the door with one hand is harder than I think it is, but I manage after a minute.
The living room is dark, the lights in the kitchen are on and the house seems empty. I take off my shoes and coat, dump my keys and walk into the kitchen. Maybe he's gone out to pick up some late dinner, or gone for a walk.
I see his phone on the counter, next to two empty wine glasses.
My heart starts to race and before I know it, I'm full on shaking. My eyes got used to the dark and I start noticing things that don't belong.
Another pair of shoes, a coat I don't know. Burnt up candles on the coffee table, Callum's blouse on one of our living room chairs.
This isn't happening. There must be some explanation for this, there has to be.
I can't get myself to move for what feels like a good five minutes, wrecking my brain to figure out what is going on, but my heart already knows.
There's a light on in the bedroom. It's dim, but it's on, and it's only now I hear sounds coming from there.
I must have been quiet, no one has noticed I'm home. I can still leave, pretend this isn't happening. We can continue our lives, no one has to know I know.
But I can't.
When I open the door, two pairs of eyes look at me, like deer in headlights.
My heart drops.