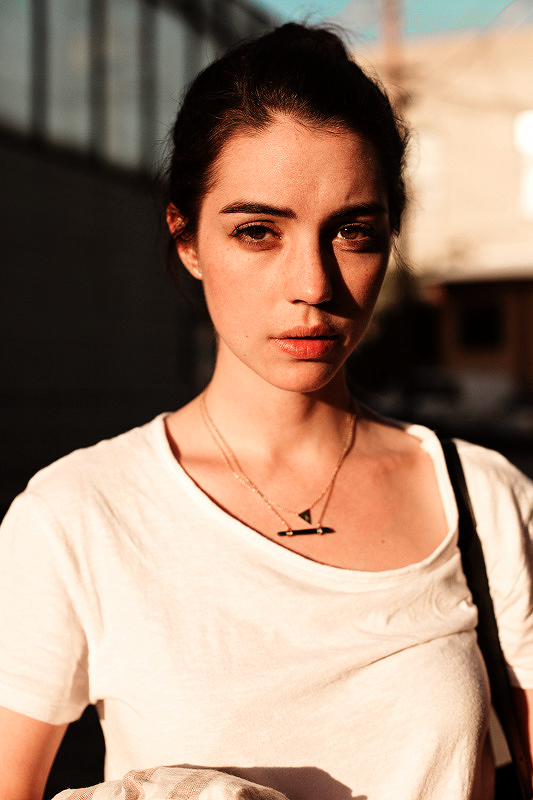 When I wake up, it's two in the afternoon. My head hurts, and I feel sick.
This isn't a hangover, I haven't had that much to drink, I think I may physically feel sick from what happened in the past fourty-eight hours.
Most of all, my heart hurts. When I woke up, for a second I thought I was in our bed. I hoped this had all been a dream, that I was still happy and in love. That bubble of hope burst when I looked around and realised where I am.
My head immediately switches to problem solving. People will hear all about what happened within the next few days, especially considering both me and Callum have been suspended.
As a broken hearted woman, I can't find a single way to solve it, but the lawyer part of me realises that the only way to end this all is if I file a complaint against Callum with HR, accompanied by a police report detailing the abuse.
Just the word brings tears to my eyes. I just can't believe it came this far, can't believe I let it come this far.
I know this won't work, it's just impossible. Callum is one of the best lawyers the firm has, he'll just lawyer up, sue me for slander and make sure I never find a job again. Besides, I have no proof.
Seems like it's best to just quit myself. Lucien may have promised talking to HR, but that isn't going to anything but spread the story quicker and make everything way, way more difficult.
When I turn on my phone, it's filled with messages from Callum.
Wants to know when I'm coming home, where I am. If I'm with someone else, because he went to Kenna's and I'm not there, and she won't tell me where I am. Kenna knows.
I couldn't tell her the night of, but I called her yesterday when I couldn't sleep in Lucien's guest room.
We both cried on the phone. I told her about what he said, about the fights, about how he got physical with me, and how I caught him cheating. That it wasn't just a silly fight, like the story I told her when I showed up crying at her doorstep begging for a place to stay. She knows I'm with Lucien and, no matter how surprised she was, was glad I was safe.
I take a shower and realise I don't have any clean clothes. That'll be a problem if I stay any longer, but I honestly don't know where I can go besides here.
Kenna is amazing, and I love spending time with her, but their appartment is like a shoebox and their couch isn't too comfortable.
I should go get my stuff from Callum's, but I'm too scared to do so just yet.
Partly because I can't control my emotions, and I might hurt him if I run into him, but also because I know I'm still in love with him, even after what happened.
I put on the pants I was wearing yesterday and tie a not in the shirt I was sleeping in. I look like... well, like I'm wearing a outfit made out of used pieces of clothing, but that's okay.
My first plan is to just.. be here. Sit on the balcony, maybe, or watch some tv. But I can feel myself get nervous, even after the first minute of just sitting still and doing nothing. My mind immediately starts playing tricks on me.
Lucien left a key on the counter, allowing me freedom to go outside and return. I don't know why he's so nice to me after I've treated him like shit.
To be honest, I was convinced he was a total twat when we first met and for weeks after that, but still.
I put on my coat, grab the spare key from the counter, fish my wallet out of my work bag without getting distracted by work things I can no longer work on, and head out the door.

I return from the store with two full bags. I've bought a dress in the basics section, black and short-sleeved, so I at least have something to wear that isn't work clothes and someone else's shirt, that I immediately put on once I enter Lucien's appartment.
There's no sign of him just yet, but it's only four anyway.
That's good, because now I have time for my plan. It might be stupid and a totally silly thing to do, but it will keep me busy.
I spend a good two hours in Lucien's kitchen, which is state of the art and has every supply I could dream of. I'm cutting vegetables, stirring in several pots, figuring out how in the hell I'm supposed to work the oven, and then using the oven.
It smells amazing all throughout the house and I've poured myself a glass of wine when I'm looking at the mess I've made, feeling anxious for a second. If Callum would see this, he would freak out. Telling me I take on more than I can handle, how my plans are always too ambitious, and how it probably won't be good anyway.
I load the dishwasher and make sure nothing is burning. There's no way back now, anyway, because my ambitious brain has already made a three-course meal for my boss, all Italian inspired, as a thank you to Lucien.
It won't make up for what happened, and will not be enough to repay his hospitality, but it's a start.
I consider lighting some candles I see, but then I realise that might make this all too romantic, and that's not what I'm going for.
The sun is slowly setting and I'm thinking of what Callum is doing right now. Is he heartbroken, or has he already moved on? Is the blonde girl in his bed again, or has he replaced her with someone else?
I try and shake it, which only really happens when I hear keys in the door. Suddenly, I feel a little self-concious. God, Lucien must think this is really dumb and over the top. If I could make myself, and this food, disappear, I would, but it's too late, because the door opens.