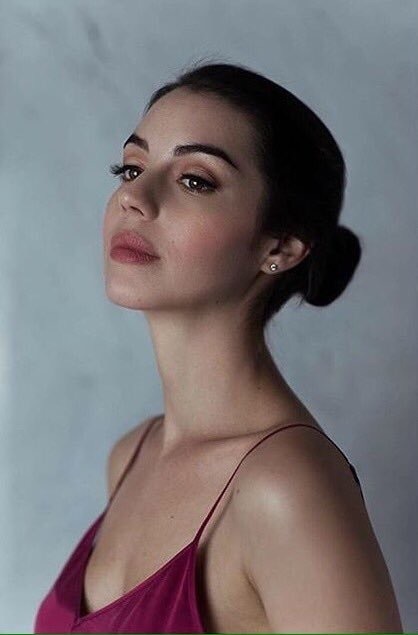 "My mum," I can't help but smile when I answer his question. "She's... amazing in the kitchen. She gave up on working when she had her first child, and devoted her life to feeding us and making sure we lived the life we wanted to live. As soon as she realised I showed interest in cooking, she'd allow me to help out in the kitchen. As a teenager I'd cook full meals for my parents and my siblings."
"How about your dad?" I'm surprised by the interest Lucien is showing, but then again, I can't say I'm not curious about him, so I guess it works both ways.
"He's.. alright. Kind of a stubborn man, not really easy to get along with. Works hard for his money, but I couldn't tell you what it is he does. He just doesn't really talk much."
Lucien nods, perhaps recognising something from my description of my father in his own. I fill up his glass a little more, and then pour some more in my own glass as well, just to keep things fair.
"And your siblings?"
"You know, Mister du Castellon, you could just find that in my personnel file."
"I know I could, but that hardly seems fair, now does it?" he smiles at me, still a sight that feels rare and kind of undeserved. "So, siblings?"
"Yes, plenty. Two... well, one older brother, then a younger brother and two younger sisters." I make the mistake of mentioning both of my older brothers, and hope Lucien didn't notice. He must have, it was quite obvious, but he doesn't ask any questions.
"Now it's my turn to ask questions... what's your family like?"
Lucien grins, but shakes his head. "That's for another time, believe me. It's a long story. Let's...," he starts getting up out of his chair, "start tackling those dishes, shall we?"

Even though I've already done some of the dishes, the kitchen is still... well, quite messy. I really tried to keep it all under control, but in the heat of the moment I couldn't focus on both cooking and cleaning.
Lucien has turned on some music and is putting away clean dishes whilst sipping on his wine. It's nice, doing this together in stead of by myself. It's also way quicker, because we're pretty much done in no time.
Callum would just tell me to do it, and he'd lay down on the couch. Then he'd tell me to be quieter, or to hurry up, or to stop humming.
"Emma?" Lucien asks, and I turn around to see him smiling at me. "Lost in thought?"
I just nod, awkwardly.
"I said that plate is definitely dry by now, you can hand it to me, I'll put it away," he holds out his hand, and I stick out the plate for him to grab.
I'm one hundred percent sure he already has it tight in his grip when I pull my hand away, which turns out to be false because I watch the plate fall down and shatter.
My heart is immediately racing, just like it has done so many times before in the past. I'm down to my knees within a second, ready to clean it up. "Shit, fuck, I'm so sorry, I should've...." I'm furiously trying to grab all of the shards in my hands, cutting myself in the process. "I'm such an idiot, I'm so sorry.."
Tears are clouding my vision immediately, and I feel like I'm mentally preparing myself for an outburst, but all I notice is Lucien across from me, also kneeling.
"Hey, it's alright, don't worry about it..," he catches my eye and I see a flicker of worry, "hey, Emma, don't cry, it's fine, really, it's just a dumb plate."
My hands are still shaking, trying to gather what's left of the plate.
"Hey, Emma, you're bleeding. Come on, I'll clean that later, let's..," I can tell he doesn't quite know what to do with me, but he grabs my wrist softly and guides me upright. I flinch a little when he first reaches his hand towards me, my body reminding me of the time Callum put his hands on me. I don't think I'll ever really forget about it. Lucien just touches me softly, though, and smiles. "Put that under running water for a bit, yeah? Get the blood off, it's probably just a superficial cut."
I'm just standing there, shaking, not quite knowing what to do with myself or why I've embarrassed myself in front of Lucien once again.
In the mean time, Lucien is cleaning up the mess. My mess. The mess I've made, that's fully my fault.
He probably doesn't even want me here, is just being nice.
Here I was, assuming Lucien was the asshole when in actuality, the asshole was me all along.
It's been quiet, neither of us saying a word. I'm too afraid to say anything, Lucien probably doesn't know what to say.
"I'm really sorry," I just mumble eventually, turning off the water. "I wasn't paying close attention."
He smiles at me, again, it almost feels like a gift. "It's alright, Emma, really. I have like twenty of those plates, and I mostly eat alone anyway, so I won't miss that plate."
"I'm still sorry...," Lucien hands me my glass of wine and a towel to dry my hand off with.
"I know you are. I'm just saying I'm not mad."
I smile back at him, weakly. It's weird, hearing someone tell me they're not mad at me.
"Are you sure it's alright, me staying another night?" I inquire, trying to take both of our minds off of me crying and having a panic attack just now.
"Yeah, I'm sure," he shrugs, "there's a reason I have a spare room, and I'm not going to put you out on the street right now."
I tell myself to never forget this moment, so next time I want to judge someone without getting to know them, I'm reminded of this.
"I'm going to go out for a smoke..," I tell him, "if you're still feeling like something sweet, there's gelato in the freezer and there's still some wine in the bottle, plus there's a second bottle in one of the shopping bags."