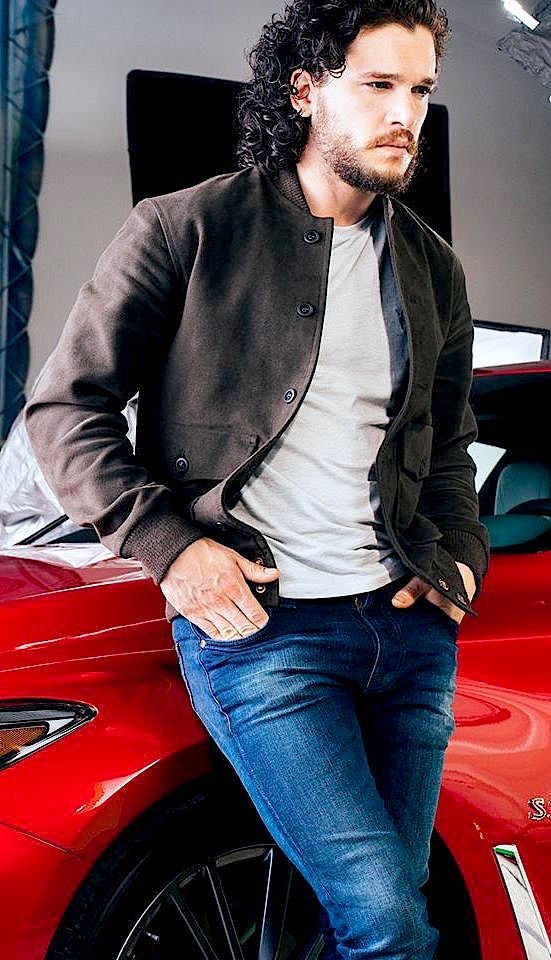 Callum has the guts to toss his file on my desk and demand a new one, because this one 'wasn't up to his standards'. I look at him, questioning his sanity. I point out to him that since his little stunt at the Copperman-presentation, he's going to have to work to get the trust of the company back and until then, he's not getting any high profile cases - if any at all. He makes some snide remarks about Emma getting cases because 'she's the victim' and the only reason I don't fire him then and there is because my father told me not to. Instead I tell him that Emma is getting the same treatment and that I want him out of my office. Before he does so he demands the plaintiff position on the mock trial; being told that it'll be a raffle, he slams the door shut.
After that confrontation I quickly decide to end my day. It's early, but it's not like I'm getting any work done. I rub my temples; I can't wait for this month to be over. The fact that winter is creeping in isn't helping: Edinburgh is cold and wet and dark. I hate everything about it. On my way to the elevator I start my personal phone back up, seeing a text from Gabriel and one from Emma. Gabriel asks if he can come over for dinner because he's in town, and Emma is inviting me over for dinner, with the OK to take along some friends. I hesitate to take Gabriel, since they didn't exactly get along back in Rome. Then again, neither did Emma and I. I text her back that I'll be there in an hour and I call Callum to tell him about the when and where.

"I still can't believe you and Emma are friends now." It's the first thing Gabriel says when he steps into my car. I've gone home briefly to shower and to change out of my suit and am on my way to Emma's now, picking up Gabriel from the station along the way. He clicks his seatbelt in and immediately changes the music.
"We're not... friends." I say, shaking my head. "Just no longer hostile."
"And that's why we're going over there for dinner? Because you're no longer friends? She lived in your house for a week, Luce. You're not telling me you're not friends, no way." He shakes his head violently. "I'm not judging! Just saying it's a little odd, is all. I mean, all the better, but still!"
I decide not to argue, because he's kind of right. How did we go from ready to strangle one another to casual dinner invitations? But Gabriel wouldn't be Gabriel if he didn't catch up on me fretting over something, so he quickly changes the conversation about the things he's been doing this past few weeks; mostly solo events, because Matthew and I both have other jobs to keep us occupied. Gabriel is thriving, though, and it's good to see.
I make the last turn, telling my friend to look out for parking spots. It takes a good while to find one and it's so tight that Gabriel steps out to spot and guide me.
"Not really the neighborhood for this kind of car, huh?" He says when I get out. I look around. It's not a bad neighbourhood by any means, but the Aston Martin still sticks out like a sore thumb. I shrug it off and gesture for Gabriel to follow me. I helped Emma move her things, but haven't been inside since the initial moving day. I find myself being excited to see how it turned out. We ring the bell and seconds later the door buzzes open. Three stairs later there's an open door, the delicious smell of creamy truffle sauce inviting us in. Gabriel shoots me a look of surprise, making me grin.
"Told you, she's a good cook." I say quietly, before knocking on the open door and calling out Emma's name.
"In the kitchen!" I hear her call back. The moment we step over the threshold, something shifts in Gabriel. Dare I say, he seems to be a little awkward.
"I brought a friend!" I shout.
"Good!" She answers. "Because I made enough to feed a small army!"
"That's good, because Gabriel eats for a small army's worth." I've stopped shouting, because we've reached the kitchen. Emma is at the stove, stirring in the pot that creates the enticing smell.
"Gabriel?" She inquires, turning around with a bright smile that falters a little when she sees Gabriel - but just slightly, before she picks it back up. "Oh, of course! Well, I suppose Lucien didn't turn out to be all bad... So that probably means you're worse."
If this had been Rome, the words would have been spiteful and cruel, but this isn't Rome: they're playful, inviting. She's giving him a chance. Gabriel narrows his eyes.
"Well... Lucien's been wrong before. He could have been wrong before." He grins and I punch his shoulder, making him yelp.
"I'm never wrong." I argue, making Emma snort and Gabriel roll his eyes. "Oh, lovely. You two are already ganging up on me."
Emma's eyes sparkle. "I would never. Dinner's ready. Care to grab some plates for me?"
I do so and when the table is set, she serves us all a generous amount of pasta. My stomach grumbles loudly.
"Honestly, Emma, you don't know how much I need this." I breathe, finally feeling the stress of this afternoon seep out of my body as I take the first bite. Gabriel seems apprehensive, mostly because he's not the biggest fan of truffles, but I see his face contort in delight when he starts.
"If I knew you could cook this well I would have made a much bigger point of befriending you." He says with a look of awe to Emma. "This is exquisite."
Emma beams. "Thank you. It's good to see you enjoy it."
I tip my head, wondering if there's more to that statement. I can't imagine Callum being thankful for Emma's cooking, because he is rarely thankful for anything.
"Anyway!" Emma continues, breaking my train of thought. "How did you two meet?"
"I'm his mentor." Gabriel immediately chimes in, with a straight face. "Taught him everything I knew since kindergarten. Honestly, without me, little Lucy wouldn't be where he is now."
"Little Lucy?" She inquires, a smile on her lips. I roll my eyes, kicking Gabriel under the table and making him laugh.
"My mother's nickname for me, and only hers." I say pointedly before looking back to Emma. "We met a few years back through Facebook, must have been four years now? He liked my photography and my style and wanted to do a shoot with me. We met up when he was in France one time and we clicked so well we stayed in touch." I look at my best friend, who's guzzling down pasta like he's the garbage disposal. If not for social media, we never would have met. I might even have looked down on him in the past. "Haven't really been able to get rid of him."
That, again, makes Gabriel laugh, but because his mouth is full of pasta, he chokes on the bite, landing himself in a violent coughing fit. I jump up to get him a glass of water, surprised to find that somehow he's still laughing. When he gets his breath back he pats his mouth dry with a napkin and looks at Emma with a crooked grin.
"I'm his mentor." he says again, his voice hoarse now. "That's just the story we tell the world to keep that little fact a secret."