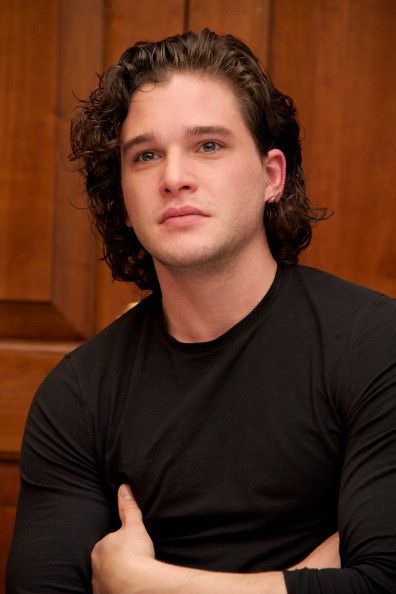 The first text comes in the middle of my workout. The second one just as I've made the decision to call it quits early so I can go over to Emma's. Suddenly, I'm not so sure anymore.
Is she joking? Is she back tracking on that first text? Is there truly someone else that she'd call babe and invite over to her apartment?
Come to think of it, we're never at her place. Maybe she's got that reserved for that someone else and is my preference for my own apartment just real convenient. Maybe still inviting me over is a cover up to not make me suspicious.
Or maybe it's all just a joke.
I punch the punching bag with all my might, as if that's going to make me feel better. It doesn't. I get in another few punches before Jack tells me off and I go and hit the shower. Only afterwards do I text back. Out of spite. Matthew would have my head.
What a tempting offer, to be told that 'I'll do'. Will be there in thirty.

On the way there Gabriel calls to coordinate for new year's and I bite my tongue when I'm about to tell him about the texts. The conversation with Matthew left a bitter taste and I'm not feeling anything for another person telling me to get my emotions in check.
"Are you inviting her?"
"Who? Emma?"
"No, your grandmother. Yes, of course Emma, you doofus."
"I... don't know, actually." I purse my lips. "How would that even go? Hello, this is Emmeline, a girl I work with?"
Gabriel snorts. "How about just calling her a friend? You know, like you were before you did the dirty."
"I'm not even sure if she'd want to come."
"Gee, I wonder how you would figure that out! Oh right, ask her."
"Ha ha, very funny. Are you taking a plus one?"
"No, not as of now. But God knows what tomorrow brings! Seriously, Lulu. Ask her or I'll ask her to be my plus one. And I don't have a reason to hide she's my girlfriend."
"She's not my girlfriend!" I exclaim, far too quickly and far too defensive. I immediately wish I could take it back, even though it's true. We're nothing official. Things are far too complicated to be official.
"Whatever, Lucien. We still on for dinner tomorrow?"

I feel nervous when I ring the bell, as if I'm not supposed to be here. Maybe I'm not. Maybe Emma truly intended to text someone else. Maybe she doesn't even want me here.
I wish I could say those worries disappeared when Emma opened the door. They don't, though they get silenced; my heart surges upwards and my stomach does a flip when I see her. I'm still not quite used to Emma in her out-of-work attire, because it's such a sharp contrast. I like it, though. The rougher asthetic looks good on her.
"Hello, handsome." She says, a bright smile on her lips.
"Is that something you call someone who 'will do'?" I tease as I step inside, leaning down to kiss her. I inhale her scent and the last of my nerves finally do slip away.
"Can't be feeding your ego too much." She replies, leading me through her apartment by the hand. It's been weeks since I've been here. It's come along nicely since that time. I realise that I've never seen Emma's decorating; she moved into Callum's and he's particular with his layout, so I doubt she was allowed to change anything. This place screams Emma, though I'm not entirely sure what makes it do that. It's cosy, warm and welcoming.
"Sit." She orders, pointing at the couch. "I'll go get that ice cream and wine I promised."
"Oh, so that text was intended for me after all? I worried you might withhold those things from me, considering it was for someone else..." The apartment is small enough that we can still have a conversation with me in the living room and her in the kitchen, which is a sharp contrast with my own apartment.
"Don't make me withhold it anyway." She calls back, a laugh to her voice. I pull her into me when she returns to the couch, nuzzling her cheek.
"So you missed me?"
In the dim lighting I can't be entirely sure, but I think she's blushing. "Don't flatter yourself, du C."
I laugh, rolling my eyes. "I missed you, too. I've gotten so used to you being around."
To that she doesn't answer, just snuggles closer to me as we watch tv and eat ice cream. A perfectly domestic scene, and I find myself loving it.
"What are you doing for New Years?" I ask inbetween shows. "Any plans?"
"Kenna invited me to a party, so I think that's where I'm going." She looks up at me, her head tipping back against my shoulder. "You?"
There's a pang in my stomach when she says she already has plans. "I'm going to the biggest party in London. I know you're not on social media, but have you ever heard of Jane?"
"Just Jane?" To my nod, she continues. "Can't say I know much about her, but her name sounds familiar. Is it her party?"
I nod again. "It's the highlight of the year. She goes all out. Nuts, even for my standards. Honestly, hundreds of people and tons of celebrities among them. I've had the pleasure of being invited the last three years and honestly, I've never seen anything come close to those parties." I smirk at the memories, though they usually stop shortly after midnight because at that point I drink too much to remember. "It's becoming a full blown festival; circus acts, music, a variety show, food stands, drag queens - it's absolutely... démentiel." I say, unable to get to the English word. Emma looks impressed and like a fucking devil on my shoulder, I hear Gabriel's voice pushing me. I give in. "I know you already have plans and that maybe this isn't your kind of crowd... But I would love for you to come along with me."