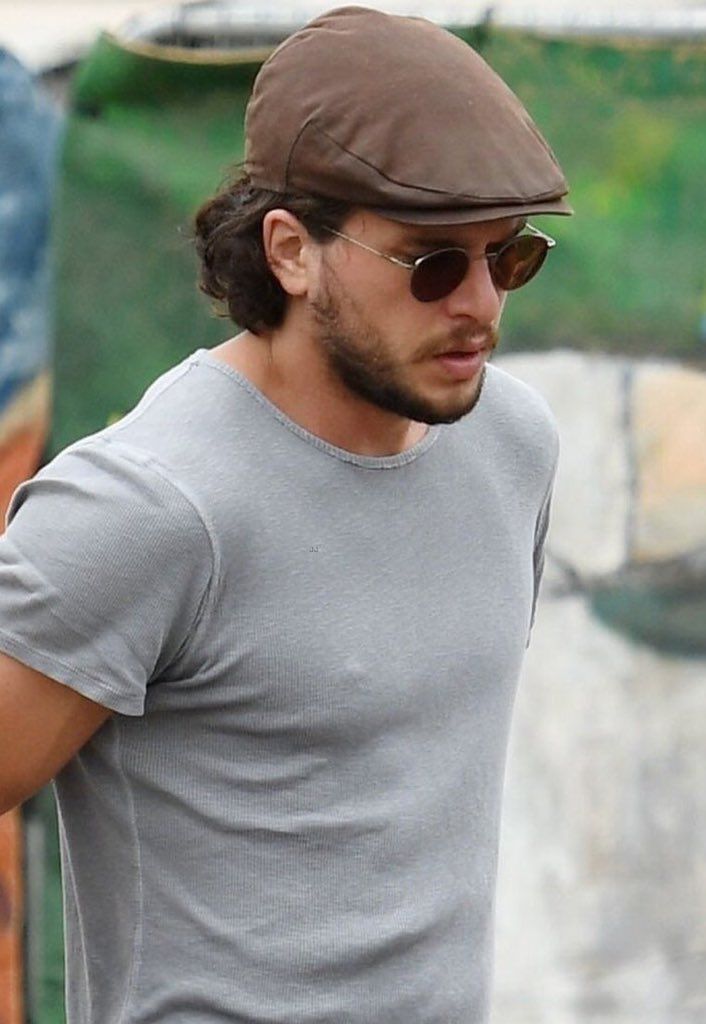 The party is beyond démentiel. I can't help but think that it's better Emma didn't come, because I'm sure she would have hated it. I'm constantly pulled in all directions, not a moment of peace about it. I meet up with people I haven't seen in ages, take part in all the activities, drink and drink some more. Camera flashes are around constantly, recording every bit of action and posting online. Jane really did set up a small scale festival and it's all kinds of amazing. In the thrill of it, Emma has slipped my mind, though she'll pop up every now and then. Mostly when girls approached flirting with me. Saying 'no' has little effect and I'm tempted to tell them I have someone at home, but saying that out loud at a party with this amount of influencers is somewhat of a bad idea. They guess though, tease me with the fact that I've fallen in love and for a moment I'm relieved, but then they bring up my open relationship with Liliana and how that means it doesn't really matter if I have someone else. I'm open anyway. They keep pushing. Eventually I just become an expert at avoiding them, which luckily isn't too hard of a task at a party of this magnitude. There's still flirting from tons of other people, but most of them take 'no' for an answer.
It's forty-five minutes past midnight when I finally manage to pull away to find a quiet place. I try to call Emma, but the network must be overworked, because I don't even get a dial tone. I settle for a text.
Happy New Year, Emma. It sucks that you're not here, I would have loved to have you by my side. Alas, we'll have to try again next year! Or maybe we should have our own little party when you're back on your feet. Feel better soon, I'll come visit you soon so I can properly kiss you into the new year. Du C.

"The fact that you're wearing sunglasses on a day this cloudy speaks volumes, Lucien." Kenna is looking at me with a sly grin, waiting for me at Emma's doorstep. Her voice rings through my head, bouncing off the inside of my skull. "I'm surprised you're still standing." I raise a brow at her in question, making her shrug. "Maybe Emma doesn't have an online life, but I do. Gabriel posted enough footage for me to know that you haven't slept much." I keep forgetting that her and Brie are friends now, because it's just so absurd to me, considering they used to be at each other's throats. Kenna doesn't look too fresh herself, but I let it slide. I'm not in the mood for arguing.
"I must say I was a little shocked to receive your request." She pulls her keys out of her pocket. "And I don't entirely understand it, but I have no doubt Emma will appreciate it."
I manage a small smile. "Thanks, Kenna. Sorry for dragging you out here on new years day. No doubt you have your own hangover you want to sleep off."
"A little. Nowhere near as bad as yours, though." She grins wide, unlocking the door and stepping in. I follow, a little apprehensive. I feel like I'm intruding. "Em!" calls Kenna, making me flinch. She shoots me an apologetic look. "I brought company!"
Emma comes shuffling out of her bedroom, wrapped in a bathrobe and looking like absolute hell. She frowns when she catches my eye from where I'm standing behind Kenna. "You're in London."
I chuckle, shuddering at the surge of pain that causes in my head. I hold up two grocery bags. "I came to make you soup."
Before either of us can elaborate, Kenna interjects with the message she's got errands to run. She kisses Emma on the cheek and takes her leave with the promise she's coming by again tomorrow. Emma shuffles towards the living room, where she collapses on the couch and pulls a blanket over herself. "Isn't the train ride from London like, five hours?"
I nod, leaning against the doorframe. "I took the eleven thirty train."
She narrows her eyes, studying me. I'm still wearing the outfit from the party, which is dirty and wrinkled. I'm also still wearing sunglasses and my curls are all over the place. I am the absolute definition of 'hangover of the century'. "Have you slept at all?"
"I think I got a healthy thirty minutes on the train."
Her glare is long and hard, but I stare back defiantly. She thinks I'm nuts for doing this and I think she's stupid for thinking I wouldn't do this for her. Neither of us wins this battle, so I end up handing her the remote. "As promised, I'm making you soup. You stay there."
I don't give her space to argue, instead I retreat to the kitchen. It's a struggle not knowing where anything is and not having all the appliances that I have at home, but I manage. A while later, the apartment is filled with the smell of fresh chicken soup. I pour both of us a big bowl and bring it out to the living room, where Emma is snoozing, but she opens her eyes when I put the bowls down. She shifts, making room for me on the tiny couch.
"How?" She asks, sniffing the soup when I hand it to her.
I shrug. "We passed the station on our way back to our hotel this morning, which is when I decided. Brie gave me Kenna's number. I called her if she wanted to open the door for me. She did. She didn't understand, but... She didn't question me."
Emma looks at me for a few seconds, clutching the bowl in two hands, and then her expression softens. "You didn't have to."
"I know. But I wanted to." I watch as Emma lifts the bowl to her lips, taking a sip and letting out a sigh of delight. "Good God, this is delicious."
The reaction makes me smile. "Recette de grand-mère. It's never failed me before."
"You still didn't have to, no matter how delicious this soup is." She looks at me through dark lashes and dark circles. She looks so sick and somehow still manages to be beautiful.
I shrug again, feeling awkward. "I felt bad that you were sick. I wanted to take care of you."
I put my bowl down, getting up to get us something to drink, because my throat is parched and I'm longing for a cold glass of water. Or seven.
"You know I have Kenna for that, right?" Emma asks when I disappear to the kitchen.
"I know. But Kenna isn't your boyfriend."
I don't even realise the word has left my lips until Emma repeats it back to me, with her still in the living room and me at the sink in the kitchen.
"Boyfriend?"