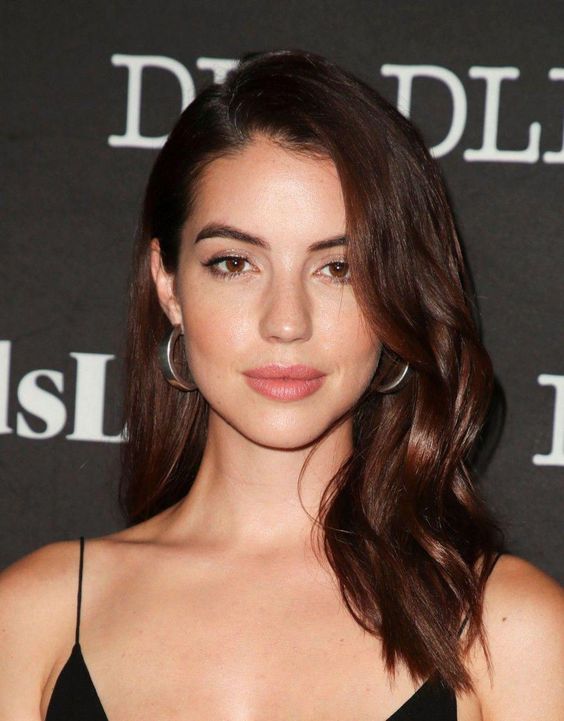 It feels like teenage mischief, sneaking out of Lucien's bedroom at the crack of dawn and into the emtpy guest bedroom across the hall.
We spent all night cuddled up in each other's arms, trying to be as quiet as we possibly could to not create any suspicion in Eschieve.
Lucien groans as I leave his warm bed, trying to drag me back into his arms. I try and push him off of me, whispering, "Your sister, remember? She's going to think..."
"Let her think," he mumbles, still trying to grab onto any part of me he can grab.
"No, I'm going to go now," it's still dark throughout the entire room, making it even harder for me to sneak out. I almost make it out without any trouble, but it wouldn't be a true Emma and Lucien moment if I didn't fully walk into the doorframe on my way out.
Lucien, still half-asleep, lets out a laugh as I'm trying to contain all of the swear words on the tip of my tongue, biting back laughter.
I close the door as quietly as I can, not sure how useful that is after the loud bang that might even have woken Eschieve.
On my tippy toes I make my way to the guest room, its curtains already drawn and a tiny light on to make my way there a little easier. Our alarms will go off in about an hour, so I could try and get some more sleep, or I could just stay awake. There's adrenaline in my system anyway, caused by this whole sneaking around thing.
Sure, we've been hiding our relationship for a long time already, but that was for the outside world. Our appartments have always been a safe space in which we could fully be who we wanted to be, we would never have to hide.
I know I was the one wanting to sleep over, and the one who came up with me sneaking out of the room, but it feels.. weird, now.
My phone buzzes on the nighstand, its light slightly visible.
Miss you already.
It makes me smile, but I also kind of want to roll my eyes. We could have just told his sister immediately, and then we wouldn't have to be so secretive. It's not like she would go ahead and tell their dad, or at least I assume she wouldn't.
If you'd just tell her, du Castellon, you wouldn't have to miss me. X
I assume he'll reply quickly just like he always does, but not a single message comes in before my alarm goes off.

"Bonjour, Eschieve! Tu es levé tôt," We're both eating breakfast as she walks into the room, dressed in just one of Lucien's shirts. The rest of her skin is bare, revealing some tattoos.
"J'avais faim, she just mumbles, walking into the kitchen, "puis-je prendre quelque chose?"
"Tout ce qui est à moi est à toi," Lucien replies, his eyes meeting mine for a second as if he's checking if I'm following the conversation. I just nod.
I hear the rumbling of bowls and plates, and after a while she comes out with a plate of toast covered in chocolate paste. I didn't even know Lucien had it, so she must have dug deep into his cabinets.
"Allez-vous bientôt aller travailler?" She looks at Lucien alone, digging in to her breakfast as she sits down at the table. It's almost as if just in that moment she realises I'm there, too, as she looks at me with an apologetic smile. "Oh, I'm sorry... I was just.."
I simply shrug, taking a sip of my coffee. "It's alright, I could understand. Mon français n'est pas parfait, mais c'est assez bon."
She smiles, pouring herself some water from the carafe on the table. "So do you two work together?"
"Yes, I work for the firm," she offers me some water, which I immediately accept. I'm still trying to make sure she likes me. "Family law, so I won't go into what I do because it's nothing glamorous."
"So do you do custody cases and divorces and stuff?"
"Mostly, yes," I smile, taking another bite of my cereal, "but I do some general law practices as well."
"So if I ever get divorced I should call you?" she jokes, causing Lucien to shoot her a glance only a protective brother could.
"You'd have to get married first," Lucien tells her, gulping down the last bit of coffee in his mug. "Good luck with that."
"A lot of people would love to marry me, actually," she shoots back in her best English, "I just don't want to marry them."
"Alright," Lucien tells her, smiling and piling his dishes together, "You just figure out all of those people that want to marry you, we have work to attend to."
Before he walks off into the kitchen to put his dishes away, he gently ruffles through his sister's hair as a sign of affection. I can tell this family isn't the most affectionate, because my brother probably would've hugged me by now. It's alright though, we can't all be the same.
"It was nice to meet you, Eschieve," I tell her as I follow Lucien, "maybe we'll see each other again soon."
It's going to be weird, the upcoming days or weeks, depending on how long Eschieve will stay. I won't be able to come around Lucien's until he tells her, and Lucien doesn't seem like the type to leave Eschieve alone for too long because he wants to be with me.
Seems like those will be some lonely days in my appartment, spent staring at cases or table settings, both of which are definitely entertaining but not as fun as being with Lucien. At least I have suit shopping with Lucien, Gabriel and Matthew this weekend to look forward to - now all there is left to do is hope I can keep my hands to myself.