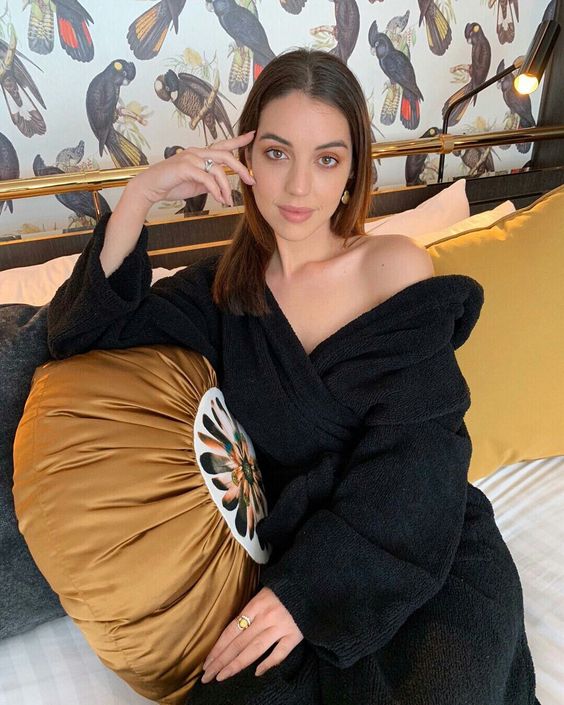 The walk isn't too pleasant, it's slowly gotten dark and it's cold out, but it was what was best for Lucien. I don't think I had ever seen him that worked up over something, with him not really showing emotions easily and all that.
We're getting close to my appartment, Lucien still smoking like an absolute chimney. We haven't really spoken about what happened.
It's all new to me, seeing Lucien like this. I don't really know what he needs, apart from a drink, cigarettes and something to eat once we get home.
Seeing him emotional frightened me at first, I must admit. When I tried to talk to him, making contact by simply touching him and seeing him react like he'd been stung by a bee, I was almost bracing myself for impact.
When I saw his eyes, however, I realised he wasn't so much angry or frustrated as he was.. upset. There was something in the way he looked that made me feel sad for him, that realised he wouldn't harm a fly. That I pretty much knew, of course, but it was a nice confirmation.
I tell Lucien to make himself at home, do whatever he feels like doing, and that I'll pour him a drink. I have wine, but I assume he'll need something stronger, so I pour him some of the whiskey I have left over from a while ago and pour myself a glass of wine.
He's sprawled out on my couch, the tv softly sounding but on some kind of irrelevant talk show he would never watch. "Here you go," I put the glass down on the table, pressing a kiss to his forehead. "I'm going to go make us something to eat."
Rummaging through my cupboards and fridge, I realise I have just the dish that might cheer us both up. I learned it when the French exchange student stayed with us. At one point, mum made us all the holy grail - cottage pie. We got into a heated discussion, because he was sure it wasn't the Brits who had invented it, but the French, and they did a better job at it, too.
A week later and armed with exchange student mother's recipe, mum cooked us the absolute best cottage pie, or hachis parmentier we'd ever had. It's very similar to our old familiar favourite, but with more flavour and definitely the most creamy potatoes I've ever had in my life. Mine isn't quite as good as mum's, but it's still a damn good meal.
The kitchen smells of red wine, garlic, onions and thyme within minutes. I'm making a puree, pre-heating the oven and drinking wine all at the same time, making me feel like some kind of new chef. If Lucien and I ever do come out as a couple and it forces me to quit my job, I'll just start my own low-key restaurant.
I walk into the livingroom, bottle of whiskey in hand to fill up Lucien's drink of choice as the pie is in the oven. He's still sprawled out, but he's watching the news now.
He looks up as he hears me coming. "That smells delicious... what is it?"
"Just you wait," I tell him, smiling. "Just about ten more minutes."
"Hhhhmm," he groans, trying to pull me onto the couch with him. "That's plenty of time."
He does get me on the couch, mostly because I easily let him, and I smile. "We could probably even go twice," I tease, "this afternoon you were about to bust in no time..."
"Hey," he taps my nose with his finger, "not fair. You were the one who started it, miss, getting all feisty with me in public. Can you blame me?"
I kiss him, partly to shut him up but also because I really want to. His fingers braid themselves into my hair. I may tease him about the way his body reacted to mine, but I must admit I'm also feeling hot and ready to go just from the way he grabs me, eager but passionately.
I'm just about to undo the buttons to his shirt as he was apparently thinking the same thing, causing us to lose balance. The couch we're on is tiny and I can't say I was in a physically stable position, so without a chance of this ending well, I drop to the floor.
The thud sounds loud, and Lucien looks at me shocked, but also like he's holding back laughter.
"Not funny," I say, wiping back tears of laughter, laying on my back on the rug that's covering the wooden floor. "That really hurt my butt."
"Oh, no, you poor thing," he grabs my hand, attempting to pull me back onto the couch, "let me massage that for you, make it better."
His sentence gets drowned out by the timer I've set in the kitchen, letting the both of us know that dinner is ready.
"I'll keep you to that promise," I tell him, getting up from the floor and pulling him up as well.
He sits down at the dining table, excitedly staring at the dish in my mitt-covered hands until I set it down.
"Just warning you... this might be the most peasant-French food I know, but I felt like it was just the comfort food we needed." It's not quite escargots or foie gras or one of the many extravagant French dishes, and maybe Lucien has never even had it because it's so below his standards, but even then he might still enjoy it.
I serve him a big scoop, revealing the gooey mashed potatoes and cream, mince and onions. Just the smell coming off of the plate makes me want to cry, just by how great it is.
"Bon appètit," I smile, pouring a glass of red wine to accompany the food.