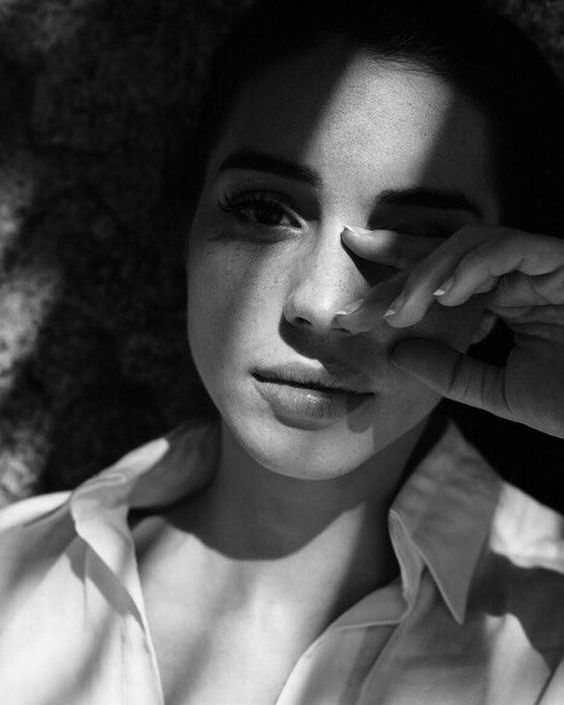 My dreams have been pleasant, but waking up to Lucien bringing me breakfast is probably the best feeling of them all.
"Oh, baby," I rub the sleep from my eyes as I try to sit up straight, struggling to untangle myself from the blanket I've rolled myself into. "What did I do to deserve you?"
"I don't know, honestly," he jokes, but I just shush him.
"I was talking to this french toast, but you're alright too" I tease, taking a small bite, chewing, and then leaning in to kiss him.
He pretends to dodge my kiss at first, then softly places his fingers under my chin and tilts it so he can kiss me back.
"Have you been up long?" I ask him, enjoying the sweet flavours of the breakfast he's prepared for me.
"Since around ten," he's sipping his coffee, drawing me closer into the arm he's wrapped around my shoulder. I take a look at the clock, which tells me it's past noon. I could honestly sleep for another ten hours, but I'm okay with sacrificing sleep if that means having breakfast with Lucien. "Did you sleep well?"
"Oh, yeah," I'm thinking about what to eat next and decide on a croissant, "weird dreams, though. I dreamt you and Gabriel were a couple, and then I caught the bouquet and you refused to propose to me, even though that's what you're supposed to do."
He laughs, giving me a small tap on my nose. "Funny."
"It's alright though, I've already had one proposal recently, won't need another one."
"You have?" he's obviously not sure if I'm serious or not, and he gets more confused as I nod.
"At one point, I'm pretty sure it was after you and Gabriel came for dinner, Callum showed up to my appartment. I still don't know how he got my address, but he wanted to talk," for the first time in what feels like forever my voice doesn't tremble when I talk about him. "He was pissed off, because he'd seen you two leave my appartment so he got paranoid, even though we were broken up and you and me weren't even close to dating at that point..
So we fight for a bit, and he gets in my face like he would do all the time, but I slammed the door in his face, basically. And he couldn't deal with that, just started acting like he was innocent again. Told me that if I opened the door, he was going to ask me to marry him. He even had a ring, already, or at least that's what he said. Told me we'd be happy, I could be his wife and I would have everything I wanted and more."
It's silent in the room for a while, and I start doubting whether or not I should have dropped that bomb. To lighten the mood, I joke, "So I'm definitely still considering that very attractive offer."
Lucien's arm tightens around me a bit, pulling me in close and he presses another kiss to my head. He doesn't say a word.
"Penny for your thoughts?" It causes him to laugh a bit, as he moves a hand through his hair.
"It just keeps on surprising me how much of a douchebag he is," he then mumbles, "and how much you've had to go through. You could have told me, you know that right? We could've filed a complaint at HR, for harassment or.."
"I know, chéri, but alas. It's all over now anyway, and look what I've gotten in return for that shitty boyfriend," I smile at him, tracing his jawline with my finger. "A handsome, thoughtful, funny, sweet French man with great taste in breakfast."
"Oh yeah?" He smiles back at me, leaning in to kiss me once again.
"Yes," I reply in between kisses. It doesn't take much for him to pull me on top of him, letting his hands wander underneath my t-shirt. He's already fully dressed, so it's harder for me to work my way onto his bare skin, but I manage to do so after a bit of a hassle.
Only a few hours ago he struggled to get me into this shirt, now he takes it off in no time.
Quickly he moves our empty coffee cups off of the bed, to my displeasure because it means having to miss his touch for even just a few seconds.
As he scoots down on the bed either one of us knocks the tray, causing it to tumble and fall off the bed. Most of the food was already gone, luckily, and I tell myself to just vacuum today. The sound of one last lonely croissant dropping to the floor makes us laugh, but not for long, because we're too busy making up for lost time.
Yesterday was fully spent with staring at each other, thinking about how badly we wanted to be together, and if I wasn't passing out every two seconds last night we would've probably taken out all of that sexual frustration as soon as we got home.
My hands fumble with his belt, the ratio of bare skin to clothing still not being good enough for me.
"I have to be home by five," he groans as I work the button to his pants.
"Plenty of time," I press kisses to his neck, moving down more and more.