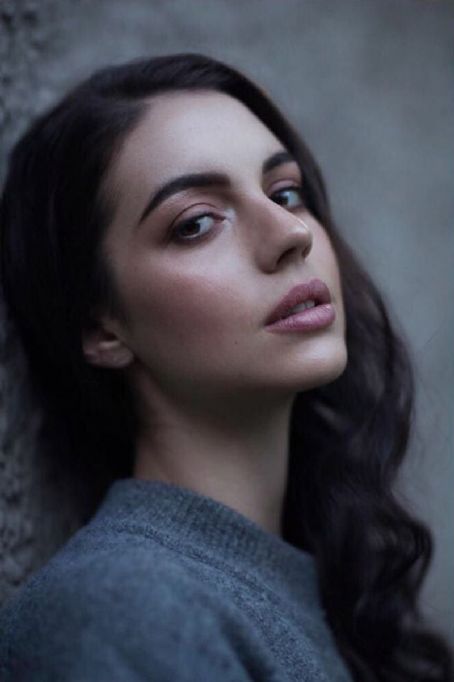 No matter how terribly cheesy it sounds, it feels like time stands still right that second. He's actually said it, and I had no idea it would feel this good.
Of course I was hoping he would feel the same, but I assumed I would be the first one to drop that bomb. He surprises me more and more every time.
I realise I'm feeling emotional about all of this, and I'm trying my very best not to shed a happy tear. I still, do, though, and before it can make its way down my cheek fully, Lucien has already wiped it away with his thumb.
I simply feel so much at the same time I can't tell what the leading emotion is. In the past year, pretty much the only way the word 'love' was used was in a negative way. If you're told over and over how hard it is to love you, you start to believe it's true, no matter how hard you try not to let it affect you. Lucien telling me he loves me, no holding back, no buts or maybes feels like a dream.
"You don't have to say it back if you don't want to," he whispers, the same beautiful smile on his face. He must have noticed the silence, and with the tear added up might even fear I don't want to say it just yet. "There's no pressure. I just wanted to you know."
"Wait here," is all I can get myself to say, leaving him in the blanket fort as I find my bag, containing my wallet, which has the little note I've been keeping in it for days now. It's a little wrinkled, and has a red wine stain on it from one of the nights I spent writing.
As I return, Lucien looks at me questioningly. He still doesn't speak, just looks at me as I sit down next to him again and wiggle my way into his arms.
I unfold the paper and am reminded of the exact words I wrote, and know exactly how I felt when I wrote them. They didn't all come together in one sitting, I just kept on adding to it, knowing I could never say them in my speech. Parts of it are from the time I met Eschieve, the day we went to pick out a suit, or the night I cooked him dinner at my appartment. Other parts I wrote at my desk, secretly staring at him through the window, hoping no one would walk in.
"This was part of my speech, but for obvious reasons I couldn't use it at the wedding," his hand is caressing my arm as I clear my throat. "I didn't want to throw it out, though, because I knew that at one point, you'd get to hear it."
I'm definitely nervous to say these out loud, but after Lucien told me he loves me I know it's exactly the right moment to read to him what I've been wanting to tell him from the time I wrote it. I can't meet his eye and my voice trembles a little bit once I say the first word out loud.
"I dont think I knew what love was before, because I never truly felt the way about anyone the way Kenna told me she felt about Tom. I thought it would happen eventually, in every relationship I've been in. It never happened, though. Until I met someone who took my breath away, and still does every day. Someone who will make me laugh, who listens to me and remembers the smallest details. Who makes me feel safe, even in completely new surroundings. Someone who thinks of me as the most beautiful woman he has ever seen, every day, even if Im an absolute mess. Who wont judge me for the things I do when Im afraid.
Because thats love, too, Ive realised. Love doesnt have to be just grand gestures. It can be the perfect Chinese takeout order, doing the dishes after dinner or a simple look in your direction that speaks louder than a thousand words. It can drive you completely insane, but will make you feel like the luckiest person in the world at the same time. Every moment with them will feel like the happiest you've ever been, until the next moment transcends that happiness. All you want to do is be with them, because they make you the best possible version of yourself, and even though you don't understand how someone like them would feel the same way about you, you can't help but hope that will never change. Everything just makes sense.
As my favourite philosopher, Winnie the Pooh, once said, 'Love is taking a few steps backward, maybe even more... to give way to the happiness of the person you love.' To me, that's love, and I feel like I'm the luckiest person alive to feel it so deeply."