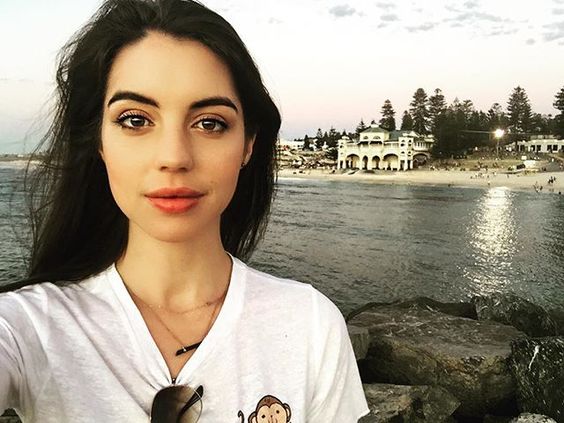 There's no one on the beach, obviously, because they're normal minded people who have homes to be in with this weather.
You can't really call it a beach either, because there's no sand, just rocks and grass. There's this one spot though, where the rocks have been tredded on plenty of time they've crumbled down, and it's surrounded by high grass so it covers everything going on there from the world around it.
I found that out in the uneventful way of finding my brother, nearly naked, with one of his summer flings, right here. Apart from that, it's the perfect spot.
I've made us gin and tonics in the cute mason jars with a lid that I bought from the store, and we're sitting atop a blanket my aunt had with her garden stuff, perfect for picnics. Lucien has got a fire going, and he looks pretty much one with nature. I never took him for a bonfire on the beach kind of person, but you learn something new every day.
A little bit of the setting sun peeks through the clouds every once in a while, but I'm glad I've decided to wear a jumper because it's getting cold out.
I've laid down on the blanket, taking in all of the things I sense. I hear the ocean, smell food slowly being cooked, and feel the coarse sand under my body. But most of all, I sense Lucien being close to me, my favourite feeling in the world. I look at him, secretly, through my lashes as I pretend to have my eyes closed.
He's completely focussed on the fire, his facial muscles tensed ever so slightly. He has brushed his hair out of his face to make sure he has full focus, and every once in a while he tucks a strand back behind his ear. His facial hair is visible, you can tell he hasn't shaven in a few days.
I'm madly in love with him, a feeling that hasn't gotten less intense ever since I realised. When I was with Callum, my feelings changed quickly. I wanted to be with him, badly, but I was also feeling insecure constantly. I worried if I was good enough for him, and was told I wasn't plenty of times.
With Lucien, it's different. I still worry, because I still believe he's way too good to be true, but I know he loves me. I believe every word he says, and every time he touches me I feel like my body is on fire.
"Emma," I feel his hand on my leg, softly touching me to see if I'm even still awake. "Em."
I slowly open my eyes, sitting a little more upright, looking directly into his smiling face.
"Dinner's ready," he's holding out something that looks like a quiche, but I'm only giving it that name because that's what he called it. It doesn't look bad, it just looks.. like it was cooked on a bonfire on the beach.
It tastes delicious, though, I realise as soon as I take a bite.
"Like it?" he asks me, looking like he really wants a confirmation.
"Love it," I answer, my mouth still full of food until I swallow hard, "I don't know why you don't cook more."
He smiles. "Because I like seeing you cook, you look... passionate."
I answer before I take another bite. "That's a very charming way of telling me you're just lazy, du Castellon.."

We get back to the house when it's really dark out, stumbling through the badly lit street until we get to our door.
Our stomachs are full and we're both feeling slightly tipsy, taking the time to take our coats off and making our way to the living room.
Almost like routine, Lucien makes the fire as I pour us something else to drink. This entire trip just feels like a vacation, which means there's no such thing as workdays or responsibilities.
The livingroom heats up slowly from the fire, Lucien looking through the records to find the perfect one as I make my way to the bathroom, having had a lot to drink.
Whilst washing my hands I stare at myself in the mirror. My skin looks clear, no hormone break outs visible. "Baby?" I call out to Lucien, who I've just heard yell a French swear word after also hearing a piece of wood drop, possibly on his foot or another body part.
"Yes?"
"What date is it?" It truly feels enough like a vacation that I don't know what time it is, let alone what day or date.
I hear him walking, probably looking for a way to check the date, and after a minute, he replies, "March second! Why?"
My mind is racing, and so is my heart. With all of the things going on, I totally lost track of time, and with time something else entirely.
I'm feverishly looking for my phone, my hands still wet, just to check if my mind is playing tricks on me.
I find my phone on the counter, next to the coffee pot. The battery is almost dead, and it has no internet, but I can still access the app I need.
It pops up immediately as I click the app. Did you start your new period?
When I click no, it tells me what I was already fearing. Period late by six days.
I'm panicking immediately, more than I was before, but I can't show Lucien. This is something I have to figure out myself, because it is entirely my fault.
Around Kenna's wedding I was supposed to start a new pill, but with everything going on I totally forgot to pick it up from my drug store, even though I was fully aware how badly I had to take it to avoid... well, this to happen.
"Em?" I almost drop my phone, totally not realising Lucien had come into the kitchen as well. "What's going on?"
"Oh...," I mumble, closing down the app and putting my phone down, "I totally forgot.. a birthday. Had to send out a text real quick, before it's too late, you know?"