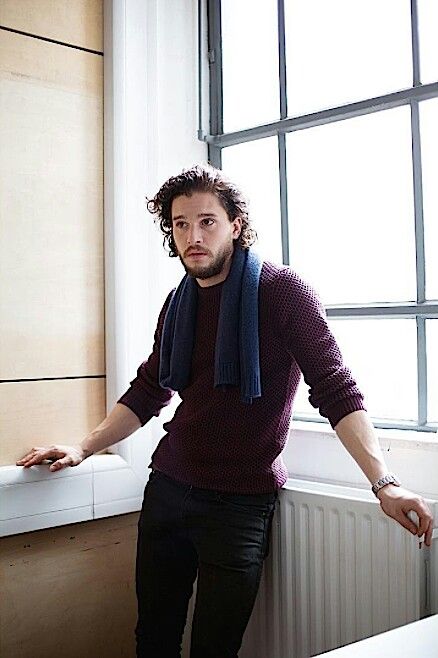 It's the kind of situation that I know I should react more strongly to, but I just... don't. I hear what she's saying, know what it might entail for us - especially now, but I am as calm as I was a minute ago, if a little worried about my girlfriend. Meanwhile, Emma is pacing the room to a point I worry the creaking floorboards might give out. After a few seconds, she turns to me.
"Will you please say something?" She demands, before going back to pacing.
"I will if you will sit next to me for a moment." I gesture for her to do just that and she does. It works for maybe half a second, and then she jumps back up. Her eyes are flicking over my face, as if they're looking for something they're not finding.
"Emma," I push myself up from the couch, taking her hands and this time I'm not allowing her to pull free. "Just look at me? Try to focus on me for a little longer than a millisecond?"
I can see her clenching her jaw, as if looking at me for an extended amount of time is taking a crazy amount of effort. "Areyoumadatme?" The words pour out so quickly I need a second to make sure I got them right.
"No." I say simply, shaking my head. "Go get your shoes. We'll go to a drug store and get you a test, yeah?"
Now, I wanted her to look at me, but now she's just staring at me and not saying anything. "Right." I say. "I'll just go get your coat, then. Please make a decision if I have to carry you to the car or not."
When I return with both our coats, she's on the couch putting on her shoes. I help her in her coat and she turns to me, frowning.
"How are you so calm right now?"
I smile. "That's the thing about having a trainwreck for a family, mon amour." I kiss her cheek, grabbing her hand to take her out to the car. "You learn not to worry about the maybe-problems."

During the ride to the drug store, Emma is finally starting to fully calm down. Halfway there she's finally stopped bouncing her leg and her breathing is back to normal. I tell her there's a bottle of water in the glove compartment, which she guzzles down like she hasn't had a drink in a week. I look over at her, feeling a pinge of worry for the first time. "Why did you freak out like that?" I ask carefully. "I've never seen you like that."
Her brow furrows, and she stares straight ahead at the dashboard. "I.. I thought you would freak out. That you would be mad at me."
"Mad for what?"
"I dunno." She shrugs. "For not being careful. For slipping."
"Em," I lay my hand open on her thigh and luckily, she takes it. I squeeze it gently. "I'm not sure if you caught it, but I was just as involved in the sex as you were. If you are actually pr-"
"Please don't say it out loud." Emma squeezes her eyes shut. "Let's not jinx it. Not that it'll matter."
"Okay," I rethink my words. "Even if, I'm just as much as fault as you would be. I could've insisted on using a condom. I could have refused penetration."
"When did this turn into sex-ed?"
I chuckle, squeezing her hand again. "I'm just saying. No one is at fault here. It might just be all the stress from the past week. That might delay it sometimes, right? Cause it to be late?"
The look she gives me is somewhere between impressed and shock. "I know it says something about our society that I'm surprised you know this much about periods, but yeah."
"You learn quickly when your only sister gets her period at nine years old and daddy is refusing to tell her what's going on."
"Yikes."
"Trainwreck." I say again, smiling. "A lot has happened in these days, Em. It's probably just stress."
She nods her agreement, letting go of my hand when I need it to shift gears. After a few minutes of silence, I bring up something that's been bugging me. It's a tricky question, though.
"What did you mean, when you said it wouldn't matter if we jinxed it?"
I glance over at her, but she's not looking at me. The little wrinkle on her forehead tells me she's trying to think of the right thing to say, but I quickly wave it away. "Forget I ask. That's your decision anyway, not mine." I make a turn, following my GPS. "I think we're here."
"Oh, good." Emma unbuckles her seatbelt and opens her door, before giving me an uncertain look. "Do.. do you mind staying in the car?"
I hold my hands up. "Absolutely not. Granted you pick me up some of those rhubarb and custard candies."
She rolls her eyes, giving me a quick kiss on the cheek. "You're actually disgusting. I'm having a life crisis and all you can think about is food."
"I love you too!" I call, just as she slams the door close.
Being close to a data network again, I make use of my time to text my friends a quick update on how I'm doing. No news from my father, which I suppose is a good thing. Eschieve has been calling me endlessly, but that's a confrontation I'm not ready for yet. I try telling Gabriel - again - that there's no need to feel as guilty as he does and that we're figuring it out. I immediately get a reply that he doesn't believe me, so I tell him that's his loss and that I'm not sure what else he wants to tell me. The conversation ends with him offering to deep cleanse my apartment, which I ask him to please not do.
The door opens and I put my phone away, deciding that dealing with my best friend is better done in person. Emma steps back in, holding a small plastic back. "Hey," She says, looking flustered.
"You okay?"
"Yeah, yeah... As okay as I can be." She manages a shaky smile. "Let's head back?"
"Hold on a second." I give her the sternest look I can muster and immediately there's spark of panic in her eyes. "I just want to know one thing."
She nods stiffly.
"Did you get my candy?"
She slams a flat hand to my chest with surprising force, knocking the wind out of me as I laugh, but I suppose I deserve it.