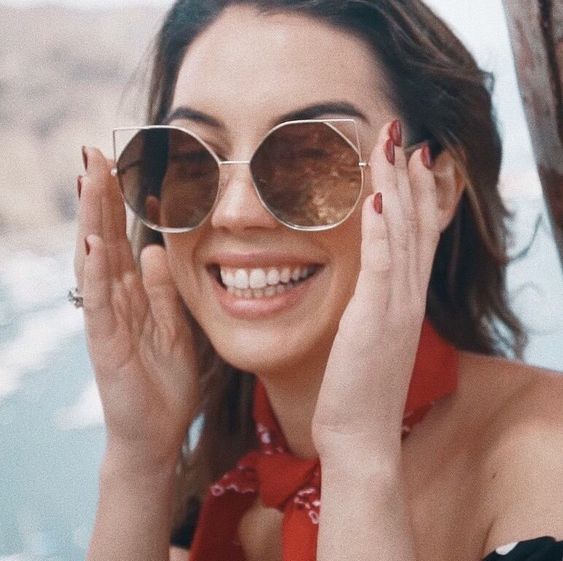 We're not having a baby.
It brings me tons of relief, but also leaves me with a weird feeling. There were so many emotions in my body at once, and now I'm not sure which of those emotions are left.
"I'm not sure," I say, chewing on the pancakes Lucien has made. I should really let him cook more, because these aren't half bad.
There isn't much to do in this place which is nice, but also makes for a slow and sometimes even boring life. Usually, in our day to day, there's work, seeing friends, doing groceries, watching hours of nonsense tv. Now, days feel much longer than they used to. The weather isn't too great either, so taking a long walk isn't an option. "All I know is I'd like to not have another crisis, I think one is enough for now."
"I think we can manage that," he laughs, giving me one of his amazing smiles that make me weak at the knees. "Did you know..."
He starts his sentence, slowly tugging at my chair to move it closer to him.
"Did I know what?"
In just a simple movement, I'm no longer sitting on my own chair, having Lucien pull me fully onto his lap. "That I love you?"
He just looks at me with that face, the smile that just makes me melt, his eyes fully focussed on mine.
"I had a feeling," I smile, leaning my forehead against his. "Just a hunch."
"Did you now?" He's got his arms wrapped around me, I'm fully stuck in his embrace, nowhere for me to go. Not that I'd want to go anywhere, because this is the perfect place to be in. "Here I was, thinking I was keeping it a secret really well..."

Most of the day is spent lounging around the house. We've made a fire just in time, because the rain has started to pour and neither of us feel like going outside anymore. I've decided to play the small playlist of French music I've got downloaded on my phone, and it doesn't take long until I softly hear Lucien sing along.
I don't think he even realises he's doing it, mumbling the words under his breath as he's filling out a crossword puzzle, looking like a real elder.
His voice changes when he speaks French. There's more melody to his words, coming out naturally, without even thinking about it. When he speaks English, even though he's fluent, there's more thought to his words, more paced.
I'm sitting in a chair across from him, having put the magazine I was flipping through down just to look at him. It's become one of my favourite things to do in the world, just looking at him. I take my phone from the armrest, careful not to pause the music, and take a short video of him, just to remember this moment.
Lucien, focussed and lost in thought, on my aunt's couch, doing puzzles. In no way does he look like the guy I met in Rome, or the man I despised for a long time.
With the rain softly coming down outside and the fire crackling, I must have dozed off, because I wake up covered in the hand-quilted blanket. Last night wasn't a very satisfying sleep, so I must have needed this nap more than I realised. Lucien is no longer on the couch, but I hear rumbling coming from the kitchen. With the quilt still wrapped around my shoulders I make my way over to the sound, finding Lucien unwrapping biscuits and other kinds of sweets whilst the kettle is on.
"Hey, sleepy head," he smiles as he sees me, holding out his arms for me to nestle myself into. "You were out like a light all of a sudden, did you sleep well?"
I nod, taking in his familiar scent and enjoying the feeling of his arms around me. I can't help but feel like I never want to leave here, ever again. Life is so much simpler with just the two of us. We'll have to, though, because our trip is almost coming to an end and we'll have to face the harsh reality.
"What time is it?"
"Only a little past four," he kisses the top of my head, the same way he usually does when he's holding me, "so I thought you'd like some tea."
I always like tea, no matter what the time, so I don't say no to that offer and help him take the platter of biscuits to the living room as he follows suit with two massive cups of tea.
Neither of us really want to talk about it, but we both feel like it has to be discussed, so after a while Lucien makes the first move. "So..," he sighs, blowing cold air into his tea, "the meeting tomorrow night.."
"Has he given you any insight into what his verdict is going to be?" That's a dumb question, because is he had, we wouldn't be stressed like this, so it's not surprising to see Lucien shake his head.
"No clue."
"I should probably share with you what happened between Jacques and I," I put the mug down. "I've told him I'd resign immediately."
He doesn't look mad, or disappointed, just.. I don't know, actually. "Why?"
"Because it seemed like the best thing to do. He wouldn't have to pay me a massive seperation bonus, and I would keep a somewhat decent reputation. I.. went to hand him the resignation letter I'd written months before, but he.. didn't take it, for some reason."
"He's too proud," Lucien sounds frustrated. "He wouldn't ever let things go any other way than his way. He likes to keep us on our toes, he likes to have that kind of power over people.. even over me."
Exactly this dynamic is why I was surprised about how calm Lucien was when there was a chance I was pregnant. I assumed that someone with a father like his wouldn't dream of being a father himself, but he seemed.. okay with all of it.
"He doesn't have a say about us, though," I get up from my chair and sit next to Lucien, getting myself as close to him as I can. "Yes, he could fire me, but he doesn't get to decide whether or not we're together."