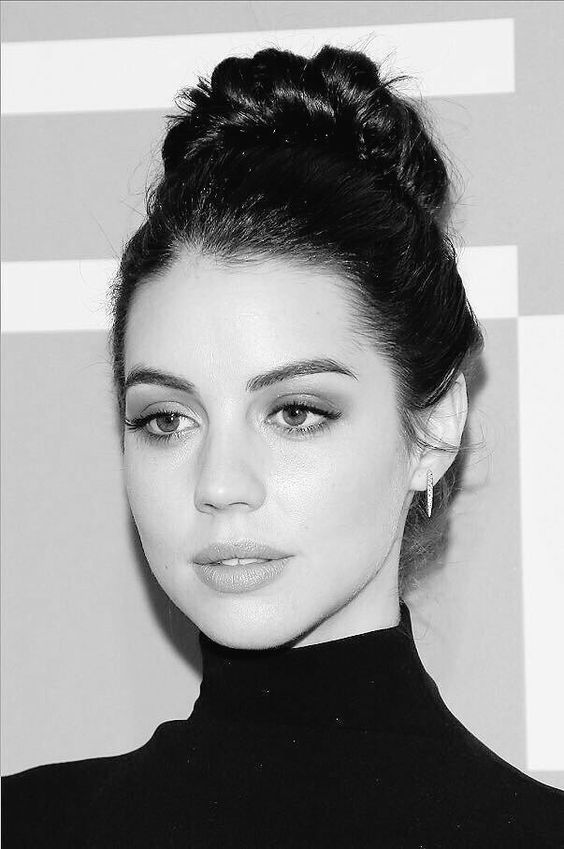 I know damn well the man can still fire me, because even though everything Lucien is saying makes sense, he seems dead set on being right.
Whilst looking from one du Castellon to another, I have to try my best to keep a straight face. I feel a pride I can't describe, seeing Lucien stand up for himself and for me. Even if this meeting ends in a termination of my contract, I know I will stand by his side. There is no way they'll get me to sign, it doesn't matter how much money they throw my way. I refuse to let this good thing go.
"If I may, gentlemen," this is the first time I've gotten to talk, and I know I must use this time wisely, because the man in front of me does not seem like one to allow second chances. "there is no reason to fire either of us that is legally supported by our contract, or the company policy for that matter. However, if a termination of my contract is still the outcome of this conversation, I will accept that as a consequence of mine and Mister du Castellon junior's neglect of immediate disclosure."
Lucien's foot touches mine softly, both of us feeling too tense to do more than just that as a show of support.
"Forcing us to break off our relationship is not part of that deal," I clear up, folding my hands in front of me on the desk. "There is not a single way you could legally forbid us to be together, whether it be as an employer or as a parent. We are two consenting adults, nothing we do is illegal."
I doubt if anything I say is even getting through to Jacques. Lucien has told me he's too proud, and will do whatever it takes to get it his way.
The opposition needs time to deliberate, sending us out into the hallway.
I have done them the service of signing my resignation letter, putting the date on top of it and putting it back in its envelope, having a gut feeling I'll need it.
We're sitting in two of the black leather chairs, waiting for the verdict, hanging above our heads like Damocles' sword, ready to come down on us at any time.
My knee is bouncing up and down, the only way to get some of the stress out.
I see Lucien reaching out his hand, almost putting it on my leg but changing his mind just before he does so, as if we feel like the smallest show of affection might cost us everything.
"You're almost freaking out as much as when you thought you were...," he says under his breath, not finishing his sentence because the walls have ears.
Still bouncing my knee, I sigh, mumbling, "I could still be. Maybe it was just too early to tell."
Lucien shoots me a smile that's supposed to be comforting, but I don't think anything could comfort me at this time. "How big's that chance?"
"Almost five percent," I tell him, staring at the wall in front of us. "I googled."
I hear him chuckle softly. "Of course you did. If all of this stress is behind us and you still worry, we'll test again, okay?"
I nod, shooting him a weak smile.
We sit there in silence for a bit longer until the door opens, a supervisor bidding us to come back inside.
My heart's nearly coming out of my chest but I try to keep my cool, or at least not show anyone how terrified I am. No matter how impossible it seems, chances are they've found a loophole to make sure things go their way.

Armed with bottles of expensive champagne and boxes of takeaway sushi from a ridiculously overpriced shop close to the office we ring Gabriel's doorbell. We're still too nervous to go back to Lucien's office, so we've asked Kenna and Matthew to come here too so we can share the news with everyone at once.
Gabriel opens up immediately, as if out of guilt he's been waiting at the door ever since we texted him we were coming over, trying not to give anything away in the simple message. Knowing him, that might actually be the truth, because all of this has been eating at him.
He hugs Lucien, looking at him awaiting news, but Lucien just shakes his head. "We'll have to wait until everyone's here...," he hands Gabriel both of the paper bags containing food just after Gabriel has hugged me, apologetically rubbing his hands across my back. As the two men make their way further into the appartment, I push past them to make a run for the bathroom, finally able to pee after nervously holding it in for the past few hours.
As I'm in the bathroom I hear both Matthew and Kenna arrive. Neither of them can wait to find out, apparently, because they try and pry information out of Gabriel, who just tells him he knows just as little as they do.
"All I know is they've bought dinner," I hear him say, a sense of confusion in his voice, "so either they were both laid off and spent some of that bonus on it, or we're celebrating."
"What is it?" Kenna asks, "I know Emma well enough to know what's her sad food and what's her happy food."
"Sushi," Gabriel answers, causing laughter in the hallway obviously coming from Kenna.
"Oh, boys, we're celebrating," she tells them, and I hear her footsteps go further into the appartment, where she excitedly greets Lucien.
I exit the bathroom, purse in hand, and grab the bag containing bottles of champagne I've put next to the door.
As Lucien sees me coming, he gets up from the chair, causing the other three musketeers to look at him whilst he puts an arm around my shoulder. I put a bottle of champagne down, smiling widely as Lucien tells everyone, "For the first time in human history, we proved Jacques du Castellon wrong... We haven't been fired!"
"And," I grin, chipping in just before our friends can start congratulating us, looking at Lucien and Lucien only. I still can't believe we've made it, no matter how much it's cost us. So soon into our relationship it was tested heavily, several times in just a few days, and where it could have ruined us, it didn't. Which is why I'm even happier to be able to say this, to be able to hopefully ring in a stressfree portion of our lives. "I'm on my period!"