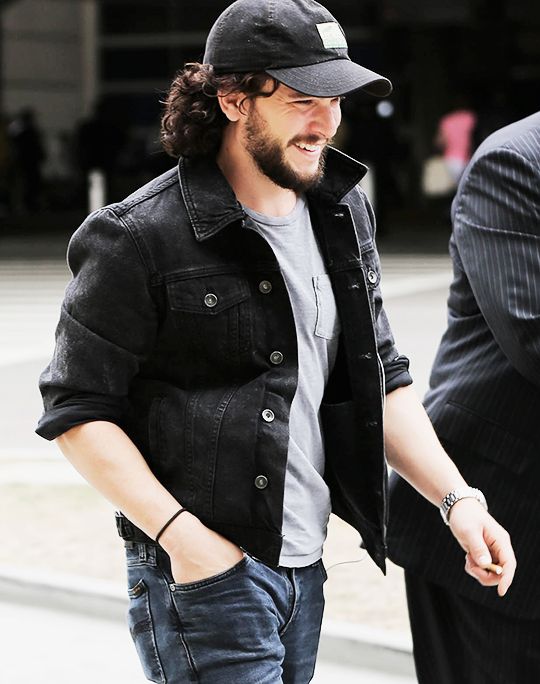 The drive back home is uneventful; I put on a playlist with soft piano music and for most of the time, I hold Emma's hand with it resting on her thigh. When we near the exit I have to take towards her apartment we merely exchange a look before I pass it, heading towards my own home instead. It's clear that we're both exhausted -it can't have been easy on Emma either, having her entire family meet her new boyfriend. Especially because that boyfriend spend the first half of that meeting fucking it right up. Once we're finally in the elevator I pull her against me, pressing a kiss to her forehead.
"I had fun today." I say softly. Her arms snake around my waist to hold me. "Sorry I let nerves get the best of me."
She nuzzles my sweater before looking up at me with her chin resting against my chest. "It's okay. I know my family is a lot, but they adore you." I'm still not entirely convinced that she's bought my faking it like the rest of the family did, but either way she doesn't make a point of it. It wouldn't do us any good, anyway, to discuss it.
The elevator doors ding and roll open, revealing the apartment to us. Finally I feel the lest remaining tension shed from my shoulders and I stretch out, my still sore muscles and bruises and cuts protesting angrily. To make sure it's all gone, though, Emma pulls out a bottle of wine and pours us both a glass. We both change into something more comfortable before actually sitting down and despite her continious protesting out of fear to hurt me, I pull Emma against me and make sure she stays there.
"You're already depriving me of touching, if you're also going to take away cuddling I might as well break up with you and swap you out for Matthew."
She laughs and to inforce the idea that it's not the case, she snuggles a little closer. Then she looks up at me with eyes full of question. "Matthew? Not Gabriel?"
"Have you seen Gabriel? The man loves a good cuddle. If we get drunk together and collapse on the couch, there's no prying him off of me. Which makes me think - if you're going to refuse me sex much longer, I might just replace you with him. No losses."
She pokes me in the side, in the exact same spot as earlier tonight because somehow she's mapped out exactly where I'm bruised and where I'm not. "Is that a threat, du Castellon?"
"Only one way to find out."
I didn't expect it to work, which is why I'm not disappointed when it doesn't. We're both too tired anyway, just wanting to lay on the couch until it's time to go to bed.

When I wake up, the spot next to me is already empty and I hear water running. Knowing that fighting is useless I don't bother joining her in the bathroom, and instead go for a solo one in the guest bathroom. In the full length mirror I assses the damage to my body. Most of the bruises are healing up nicely, showing various shades of blues, purples and yellows. Mostly the one on my shoulder, the one just below my ribcage and the middle of my thigh are not showing any signs of improvement yet, still coloured a deep purple that's almost black. Cuts on my hands are nearly closed over, but they'll still bleed when I pick the scabs. The wound that runs from halfway up my triceps, over my elbow and then a few inches over my lower arm is still nasty looking and I suspect it might be a little infected, because it didn't get priority. It looked mostly as just a scrape at the time, caused by me being dragged down to the ground, but it turned out to be a little deeper than expected. I make a note to text Gabriel for any at-home remedies to get the infection out before it gets out of hand. That leaves my black eye and my split lip. My eye shows a rainbow of colours, with the deepest being right in the crease underneath; it makes me look permanently tired. My lip looks a mess, especially after having it split right back open yesterday. We probably should have just gone and gotten it stitched up, but it's too late for that now. It'll heal eventually, just leave a scar in the process. After texting Gabriel I get in the shower, popping back out after a few minutes. Dressed in just my slacks because my curls tend to drip water for a while I head into the kitchen. Emma's nowhere to be seen yet, the water still running. I set about making breakfast, but I have a grand total of one egg left so I settle on yoghurt. Halfway through my bowl, Emma appears in the doorway, dressed in easy clothes and a towel wrapped around her head.
"Good morninh, beautiful." I say as she comes my way and kisses my cheek. "Nice shower?"
"Lovely as ever. You?" She runs a hand through my damp curls, spraying droplets of water down my bare chest.
"Just as lovely."
Her finger trails one of the drops that's running down past my ear and my neck, eventually coming down to the large bruise on my shoulder. A light frown forms on her brows. It's the first time since the fight that she has the time to actually see the damage and I just know from the look in her eyes that's she's blaming herself again.
"If it makes you feel better, we can actually tell people we're into some kinky shit." I note casually, making her laugh.
"I think we've had enough scandals this week to last us for a while, hm?" She grins, heading towards the fridge for breakfast. "Do you have any plans today?"
Because my mouth is full, I just shake my head - but my back is turned to her so she doesn't see. I quickly swallow, letting out a croaked 'no'.
"Wonderful!" She says cheerfully. "I wanted to take you out today."
I swivel around on the bar stool, bowl of yoghurt in hand, so at least we can look at each other again. "Out where?"
"You'll see! But it's the first time I won't have to hide you and we don't have to deal with family, so I plan of making use on that."