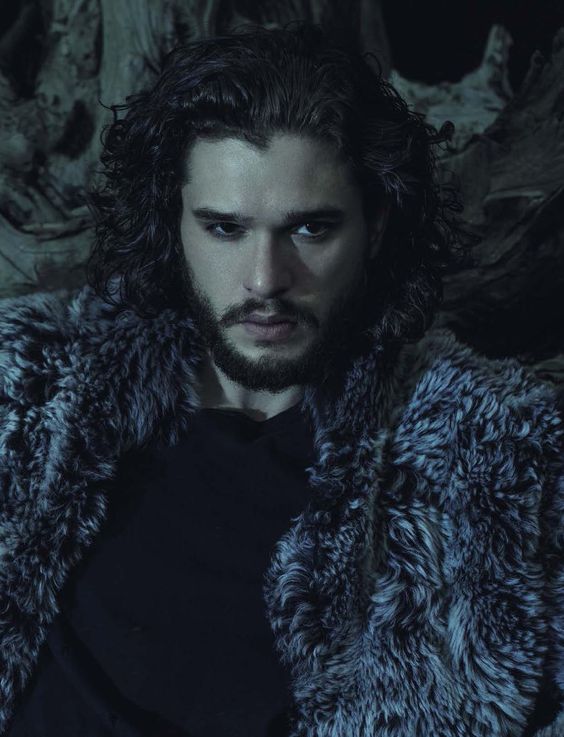 I don't know how I got roped into this fight about absolutely nothing. One moment we're doing dishes, because the dishwasher was full, and the next Emma is accusing me of all kinds of things. Up until that moment, nothing was wrong. It has been a long week, I didn't get much sleep, but none of that is out of the ordinary. But it's like Emma is forcing me to feel the way she thinks I do, even if I don't. She's seen me at my worst moment, at least since we've been together. She was there for it when my father came by her apartment to lecture me about our relationship. Maybe I was a little short tonight, but it's a fucking Friday and I'm tired. I can't comprehend what I did wrong.
I go to push a hand through my curls when I see Emma flinch away from me. It takes a second for me to realise why she does that, but when it dawns on me I feel like she's slapped me. I have no right to, I know that. I can't begin to understand what is going through her mind, but still. The fact that she even for a second thinks I would do that...
I drop my hand, glaring at her for a second before I shake my head, ridding myself of this fight. "I'm going out." I say, storming past her to grab my jacket and my keys.
"See?! You're just running away again!" Emma protests, spinning on her heels but not following me. I jerk back to her, throwing my hands up in a desperate gesture.
"Well, fucking stop me then! Tell me all the things I should be feeling! Want me to cry in your lap? Tell you all the horrible things I've gone through, and how they've fucked me up for life?!" I'm yelling now, but don't feel any regret for doing so. "Or maybe you want to know all the details of my mother's decline, so you can be my therapist, or better yet - be traumatised just like me! That would be fun! Exactly what I want out of a relationship!" I spit the last words out with all the venom I can muster, not caring about any damage they might do. The elevator doors roll open and I hate not being able to slam them closed.

I've turned my phone off, because I don't want Emma to call. Nor do I want Gabriel or Matthew to call, because Emma called them in an attempt to reach me. I don't need anyone to tell me I'm overreacting, or that I should just go home and talk it out. I'm in no mood to talk, especially not about this.
Not trusting myself to drive, I just roam around the city. In the rain, because of course it's fucking raining. Five months. Five more fucking months and then I can get out of this hell hole of a country. Smoking my last cigarette of the pack I pass a cemetry, oddly fitted between buildings that seem to have no relations to it. For some reason it stops me dead in my tracks. It's not where he's buried, but...
There's few lights at the cemetary, but it's not hard to find the little altar that is basically meant for general commemoration. I don't have a candle. I don't have flowers. I have nothing to offer him. He doesn't really deserve anything, anyway. I look at the altar, trying to feel any of the things Emma so desperately wants me to feel. I only feel anger, because Aleran never did anything but piss me off. A part of me mourns for him, but mostly I'm glad he's gone.
"You would've loved this." I say into the darkness. "You wouldn't be able to stop laughing. You'd tell me how I'm under her thumb, or maybe that she's just being a woman."
There comes no reply and for some reason, that only makes me feel worse. I press the palms of my hands into my eyes, causing a sharp pain in the still-bruised one. I savour it for a moment, because it distracts me from my thoughts and my outrage. I press harder for a second, but then I start seeing spots so I pull my hands away. I stare down at the little memorial plaque. For all those who are lost to us.
Aleran isn't lost to me. Sure, he's no longer here, but in the three years since his death I haven't missed him once. In a few days, I'm turning twenty-seven and I'll officially have lived longer than he's ever done. Maybe, in a stroke of the Du Castellon curse, I drop dead before then. No feelings to talk about when you're dead.
A second later, I realise how fucking morbid that thought is. I'm not suicidal. I never have been, not even after mother passed away. We were raised with the "building from the ashes" mentality, so that's what I've always done. A softness lands on my nose and I look up.
"Of course it fucking snows in April." I mutter under my breath, watching the snowflakes fall down. Not wanting to get hypothermia, I go home. I wonder if Emma is still there. By the time I get to the building, I'm freezing and I can't wait for a shower. Most of my anger has subsided, but that doesn't mean I'm in any mood to talk about this. There is nothing to talk about. It'll just end up in another fight, because Emma wants me to open up and I don't. I just want her to accept the fact that of all the parts she gets to see of me, that's not one of them. Especially not after dating for three bloody months. Gabriel has been my shadow for the past five years and he doesn't know everything there is to know. I've known Matthew since I was sixteen and not even he knows it all. They don't need to know and neither does Emma.
Judging by the burning lights all throughout the apartment, Emma is still here. I fainly hear the tv in the living room, a shuffle and then the steps of feet. I go to hang out my soaked coat on the back of a chair, but it's dripping so I need to get some tea towels to catch that. Emma appears in the doorway that connects the hall to the kitchen, dressed in an old shirt of mine. I don't look at her, just being here rekindling my frustrations.
"Lucien, I'm sorry." She says quietly. "I'm... I'm just so sorry. Can we talk about this?"
I kick off my equally soaked shoes, setting them on the tea towels but I'm pretty sure they're not going to recover from this. I wonder if Emma and I are. I turn to her, briefly meeting her eye.
"Are you going to accept that I'm not going to say any of the things you want me to say?"
"Lucien, don't -"
"Goodnight, Emma."
I head straight for the guest bedroom, closing the door behind me with a definitive click.