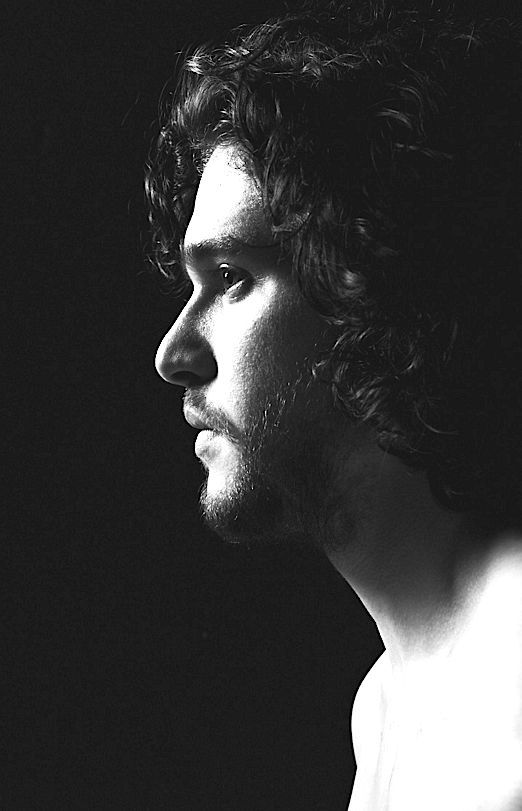 We've taken it easy today. The weather was lovely but after days of walking around, we spend most of our time in Parc des Buttes-Chaumont with books and good wine. There's some short bickering where I refuse to sit in the full sun until Emma's sunblock as been on for at least thirty minutes, but it's all in good fun.
"This is really not fair, you know." She says, laying her arm up against mine. At my questioning look she exclaims: "How easily you tan! You've become three shades darker since we've been here. Meanwhile, I think I may have become one lighter."
"I don't think that's possible."
"Sure, you say that, with your golden skin!" She huffs. "It's just another thing about you that's perfect and it's getting annoying."
"Oh, boohoo!" I laugh, rolling on top of her, elbows firmly pressed into the grass to prevent myself from squishing her. "You want me to be a rotten criminal who pays no attention to his looks? That's what I thought." I kiss her scowl, chuckling still. But the sound quickly dies out. "I've been meaning to ask you something."
"That sounds terrifying, especially when you have me pinned like this."
"Shut up. It's nothing more terrifying than you, anyway. No, I've been... It's been a while since I went to my mother's grave. And my brother's, along with it. I don't think my ancestors will forgive me if I don't visit now that I'm finally back home. I wanted to go tonight, and I think I'd like you to come along."
"You think? Sorry, sorry." She says immediately, seeing my face.
"You don't have to if you don't want to. I know it's quite something, so please don't feel obligated. It's perfectly fine if you'd rather stay at the hotel, instead of roaming an old graveyard."

The sky is an array of purples and blues when we enter Cimetière du Père-Lachaise. On this hour of day it's mostly deserted, instead of crowded with tourists who want to visit artists' graves. Emma and I are hand in hand as we walk over the many lanes of the cemetery, both silent. When we pass the chapel, I subconsciously check for cash money so I can light candles afterwards. Maybe Emma will want to light one too.
"Here." I say after a few more minutes of swerving the ever-bending paved paths. We've stopped in front of a rather large tomb, because for some reason graves still have to be a status symbol. It looks far older than ten years, since the entire family agreed that mother would get a kick out of being buried like it was the 1800s. When I tell Emma that, she chuckles softly, and agrees.
"Hey, mama." I whisper, staring at the plaques with names and dates. I brush some old leaves from the many ledges, and rearrange the flowers someone has recently brought. "C'est ta petite Lucy. Mes excuses, ça fait si longtemps, mais je suis en quelque sorte tombé amoureux."
I've always talked to her. My grandmother did, and I adopted the habit. I'd expected to feel self-conscious with Emma here, but I don't.
"So, you know. I got kind of occupied." I'm still cleaning old leaves and other debris, another habit. Without being asked, Emma starts helping me. "But I'm sure you would have understood if you'd met her. You would have loved her, mama. Emma is kindness itself, but with the exact right amount of spunk. She doesn't take anyone's sh... Ah, you get it. She's fierce. Not to mention that she's beautiful. She has that kind of allure and elegance you always looked for in the paintings you displayed." My eyes meet Emma's. "If you'd ask me, a painting of her would not go misplaced in the Louvre. She might disagree, but it's true."
"I bet your son has your charm." Emma chimes in, making me laugh. "But I am very lucky to have met him. I wish I could have met the woman who made him who he is today, because that must take a special kind of person."
"See, mama? I told you you'd love her. She never sweet-talks me this way."
We both laugh, which feels odd at a cemetery, but it also feels right. With all the clutter cleaned away, I find myself staring at the plaque that displays the two names and the four dates. Suddenly, I feel very small and alone. The names seem to be screaming at me, even though they're just etched in stone.

Emma's smile is warm and her lips soft when she kisses my cheek, sensing my needs perfectly. "I'll be in the chapel."
The silence leans heavy on me now that she's gone, and a second wave of sadness comes over me. This is the one place my wall comes crumbling down. It stood shaky with Emma still here, but it stood. Now that I'm alone, I feel it tumble down, covering me with specks of misery.
"Je t'ai dit que tu l'aimerais, maman." I whisper. "I know you never really got to see me old enough to want me to have a girlfriend, but I'm convinced that Emmeline is everything you would have wanted for me." I chuckle lightly, sitting down at the foot of the tomb. "She hates it when people call her that. I never do, but I love it nonetheless. I love her so much, mama. I don't think I've ever loved anyone this much. She makes me a better person in every way imaginable. I love showing her around in Paris. Having her in our home was just so right, she looked like she belonged. I've always been hesitant about marriage, but she makes me think about it anyway. But that's why I'm worried, mama..." I swallow, twirling an old flower-stem I found on the ground between my fingers. "I didn't realise how much I missed France. I was homesick, but coming back here... I don't want to leave. In three days, we're going back to Edinburgh and I'll have to go to work again. I don't want to. The idea of it makes me miserable. I want to stay here, where I can visit you and Aleran, where everything is like how I'm used to it. This is home. I don't think Edinburgh could ever be my home. But mama, what if I leave? There's a part of me that wants to, when my contract is up. I don't want to stay in Scotland. But Emma is in Scotland." The stem snaps between my fingers and I squeeze my eyes shut. "I can't ask her to move to France with me. But I don't think she is enough to make my life in Edinburgh bearable. What do I do, mama? I don't want to lose her. I fear I might lose myself, too, if I lose her. I don't think I'll ever be able to be whole again if I lose her. I don't know what to do."
Kudo Volgende hoofdstuk