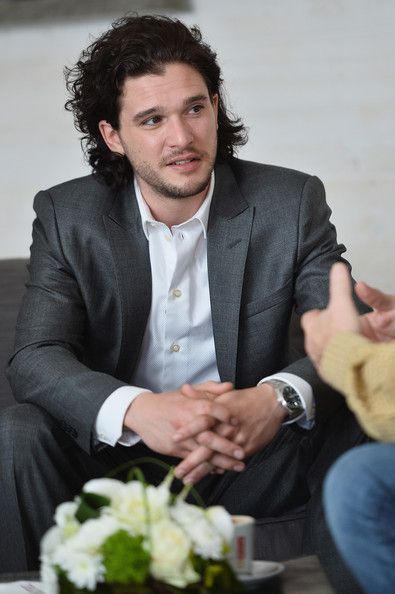 "How about this one?"
"It's quite far from the centre, isn't it?"
"Mhm. Nice view, though."
"I just don't want to waste hours every day getting to where everything is happening, you know?"
"Fair point. We'll keep looking."
We've decided on the when and on the where: ten days, July 30th to August 9th, in Barcelona. We've also agreed on how we're going to share the expenses. That is to say - Emma insisted she'd help pay for it all, and I argued, until she threatened to not come at all. I'm not sure how serious that threat was, but I wasn't going to test it. So now I'm covering the two biggest expenses: flight and stay, and three days of food and possible activities. The rest is on Emma. At first she insisted on covering the full ten days, but I flat-out refused. Another semi-argument later, Emma caved.
So now we're looking for a place to spend those ten days, and just to give ourselves a little more freedom we're trying to find an apartment. Which, as it appears, is harder than it seems.
"This one." Emma points one out, and I wrinkle my nose.
"I know we have severely different tastes, but that must be small even to your liking."
"Small isn't bad! It's cozy."
To humour her, I click on it and scroll straight through the reviews. "Kind host... Nice garden, but very tiny... Not very clean... AC broken, no response from host... Cockroach... Cafard?" I recoil by the simple idea. "Allez, par-dessus mon cadavre!"
Emma, who looks quite uneasy herself, laughs at my reaction. "Okay, I changed my mind. Not that one."
"I'm upping the price class." I decide, shuddering. "I'm paying for this, so I'm upping it."
This time, she doesn't argue.
After another half hour we stumble across a gem of an apartment; it's the penthouse of a ten-story building, smack deck in the middle of the city centre with a view nearly all around. It's for sale, but because the owners can't seem to find a buyer they're renting it out in the hopes that it'll appeal to someone who ends up buying it. I doubt we'll be those persons, but it's going to be a great place to stay for our ten days. I try to hide the price from Emma, because it's way up there, but she does see and suddenly, negotiations about who pays what, are reopened. I decide not to argue too much, because we're both too stubborn, and agree to the three days that were initially for me are now 'with reservation'. Unless it's something that's above average expensive, be it food or a trip, I'm not allowed to pay for it.
I also decide not to bring up the private jet, and instead book us first-class tickets on a commercial airline.
"By the way," I say as I note the trip in my work agenda, because the red line through the weekend after we come back reminds me. "I didn't tell you because this has been planned since October and I kind of forgot, but August 14th to 19th I'm going to France."
I get a well-deserved questioning and confused look. "You forgot a trip?"
"It's kind of a... routine trip. Something Eschieve and I do every year, I didn't realise it was coming close so quickly and with everything else, it kind of slipped my mind. It's Eschieve's birthday on the fifteenth, and my mother's death anniversary on the sixteenth. We always try to spend them together."
"Oh." Emma's expression softens. "That's... lovely. For sad reasons, but lovely nonetheless."
With a smile I close the laptop and pull her close to me, kissing her forehead. "I'll ask her if she's okay with you coming."

The next day we're back at work, my second of three, and it's a strange but elevating idea that I'll have Thursday and Friday off to do my own thing. I'm still dealing with the whole CCE-Peter McMichaels-thing, Simon's comment about my involvement being conflict of interest nagging at me The annoying thing is that he's right, so if I do want to take this to court I'm going to have to find someone else to do it for us. Which is where we run into problem number two: a judge might rule that any lawyer from our firm has a conflict of interest. With some bad luck, any firm that is under my father's name might have a conflict. So between meetings and paperwork, I try and find the answer to that question, without much results. As I walk back to my office after lunch, I notice people looking at me more so than usual. When I catch their eye, they'll duck away. There's people whispering behind hands, giggles when I've passed. Am I being paranoid? Does this happen every day?
"Selene," I say, resting my arms on the walls of her little cubicle in front of my office. "Is there something between my teeth? Something on my suit?"
The smile on her face is unlike anything I've seen from her in the office. "No, but if you're patient I might be able to get Judy Dench come to check in her costume from Cats."
"Judy... What?"
"Oh! You don't know?" Her smile gets even more sly, and I get more suspicious. She beckons for me to come to her computer, and as I round the cubicle she's typing away.
"This," She says, clicking on a YouTube link. "was emailed over the entire floor about an hour ago, just when you went for lunch."
On the screen, there's the Q&A Emma and I did with Gabriel. I let my head fall back, groaning.
"Guess he didn't give you a heads-up, huh?" Selene is, annoyingly, still smirking.
"He just checked the footage with us last night." I say, rubbing my forehead. "I didn't think it would go up so quickly. I mean, it was bound to go around at some point, but I would have liked some time to prepare."
"Now the entire firm is picturing you in spandex." I groan again, but this time the sound is drowned by Selene's laughter.