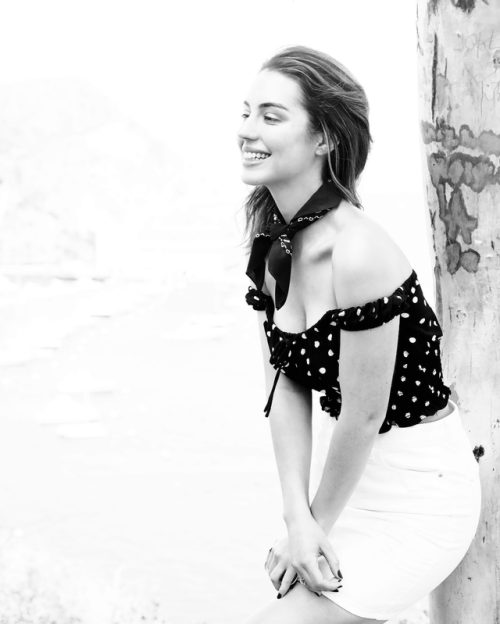 I find out the video has been uploaded through an e-mail Selene sends me, but I don't mind it too much. There aren't any things in it that are severely inappropriate, though I don't doubt HR will have a field day trying to figure out a way to call us into their office for this.
That e-mail isn't the only one I get, though, because another name stands out in a sea of cases and work-related things. It vaguely rings a bell, mostly because I've never seen a first name to this last name.
As I click his e-mail and see the signature, I make the connection.
William King was one of my professors all through uni, and probably the most devoted one too. I liked his lectures, because they were the right combination of information and personal experiences. He was a young guy, working hard. Some girls were only present at his lectures to gush over him, but I actually learned from the guy - besides, I knew he wasn't into women.
He writes me, informing me he's been keeping up with my work ever since I graduated - top of my class, which is something he brings up, too. He was curious what would come of me, and he's glad to see I've succeeded in my field. He's impressed by the cases I've handled, and tells me this with sincerity and not a single mention of the whole 'lawyer who sleeps with her boss' thing.
Besides the whole flattery, he writes mostly to inform me there's a vacancy in the law department come october. When he heard, he immediately thought of me. It'd be a three day work-week, easy to be combined with my work at the firm.
I have to read the proposition about four times before I realise what it is he's telling me. Is he offering me a position at a high ranking university just based on my time there and my work here?
He really seems to be, because he's included a way for me to apply, and even tells me he'd write a reference for me if need be.
Three days a week, teaching in Glasgow. The salary is compatible to the money I make now, with less work hours. The travel there is only an hour, give or take, and I'd be in the office for two days max. Seems like a perfect solution, although I'm not immediately sold.
Still a little shocked by the sudden offer, I e-mail him back with shaking hands.
Hello William,
I must say I was surprised to receive your e-mail, and I feel very flattered that you've even considered me for the position.
First and foremost, this is something I'll definitely consider, but I will need some time to do so. I'm currently still employed full-time, as you must be aware of - I will have to talk to my employer about the possibility of me expanding my career.
At the end of this month, I will be taking some personal time off and taking a trip. I will use that time to give your offer some thought, and I'll make sure to get back to before September first.
Kind regards,
Emmeline Middleton

I want to tell Lucien about the offer, but I can't. I don't know what's stopping me, but I feel like I need to think about this first before I share it with him.
The offer feels too good to be true, almost, but it would also have some consequences for our relationship.
Then again, come september, Lucien's contract will change, if not end. It's something I've tried not to worry about too much, but that's a hard thing for me to do.
I leave early - around three.
For the first time in forever, I go to my dance class. I haven't gone in so long, with all of the things going on, I don't even think I can do a pirouette to save my life, but it takes away some of the tension.
The group consists of all kinds of different people, and the nice thing: none of them ask questions. Not where I've been, or how I'm doing.
I make an appointment with my therapist too, which is also too long ago. It's like I've let go of the daily things in life for a bit, getting lost in the fairytale Lucien and I were living.
He calls me just as I leave the grocery store, my phone reading six fourty.
"Hey, I just dropped by your office to come pick you up, but you left already," he doesn't sound concerned, just a little surprised at most.
"I left early," I tell him, holding my phone up to my ear with the hand that isn't carrying grocery bags. "Ran some errands, went to my dance class, that kind of stuff."
"Sounds like a nice day," I can hear the office's elevator ding in the background. "Are we on for dinner tonight?"
I'm not sure what to say. I love being around him, I really do, but maybe... I don't know, maybe it's too much. I can't remember the last time I was entirely alone before today.
"I...," waiting for the stop light, I make my decision. "Maybe we could just be alone for a night? I kind of need some me time, I think."
Silence. Is he mad? Disappointed? Have I let him down?
"That's okay, love," his voice doesn't sound as clear as it did before, probably because he's on the elevator down. "You deserve a break from me from time to time."
"That's not it, I just..." "I know, cherie. You deserve some time with just you. Je t'aime."
"I love you, too," I smile, my hand searching my pocket for my keys as I've arrived at my appartment.
It's strange, having no one around but myself. But it's good, I think. It might be the new normal.