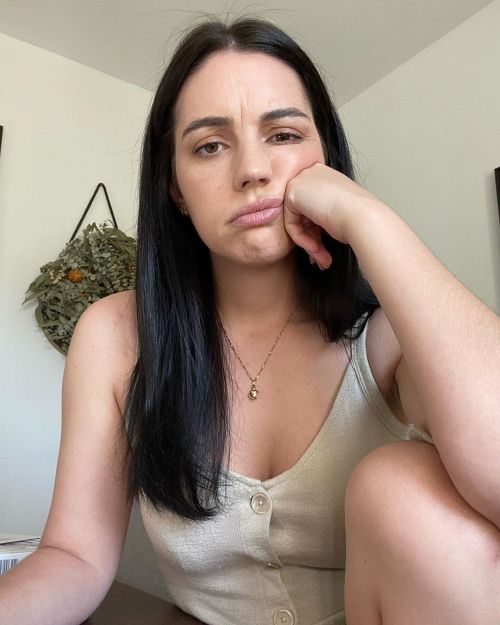 I don't hear from Lucien for the rest of the night, which could both be a very good or a very bad sign, but I decide not to look too much into it.
Around ten, I send him a short but sweet message, telling him I love him. He won't be working tomorrow, so I won't run into him at the office, which will be weird.
It's weird in general, not being around him. We spend so much time together it sometimes almost feels like we've become one person. Like it's unclear where his body stops and mine begins, and I mean that in the least sexual way possible.
Being alone is nice, though. I try not to get too lost in my own thoughts, which I do by smoking a joint and reading a book. I watch some video's on my tv, and head off to bed when I feel my eyes getting heavy.

In the morning, I still haven't heard from Lucien. Not a reply, no message, no funny tag in a post. Nothing.
I try not to let it worry me too much, and get too sucked up in my work to do so anyway. There's cases upon cases, and a lot of people suddenly wanting my attention. It's nice, because that way I can't think about Lucien all day, which is something I'd like to do.
Even when I get off of work around six, there's nothing on the Lucien front. For a second I even think it's my phone that's causing it, but I have gotten messages from Kenna and Charles, so that's definitely not the problem.
"We were thinking," I'm sat at Kenna and Tom's dining table in their new appartment. They moved in as we were in France, and the place is beautiful. They have a small backyard, and three bedrooms. One of them is theirs, one of them is a guest room, and the other is slowly starting to look like a nursery. "If it's a boy, Arthur or Oliver, after our grandparents. If it's a girl... Amelia or Olivia."
She's rubbing her baby bump as Tom stirs in one of the pans, the entire house smelling like tomatoes and basil.
"That's lovely, Kens," I smile, swirling my glass of wine around. On the way here, I checked my phone religiously, but still... nothing. "I love all of those names. When are you finding out if it's a boy or a girl?"
"We aren't," she shrugs, "we're letting ourselves be surprised when they come out. It's kind of fun."
"Last night," Tom chips in from the kitchen, "she cried for an hour because she felt like a bad mum for not feeling like she already naturally felt what the baby's sexe is."
Kenna laughs. "Hormones."
"Tell me about them," he adds, Kenna already looking at him with a warning look on her face, telling him to be careful with what he's about to say. "I thought it was a myth, te whole pregnant women like pickles thing."
"Love pickles," Kenna chimes in, "love them. Adore them. Can't get enough of them."
I remember Kenna always throwing them on my plate if they were on her burger, disgusted by the taste and texture.
The couple bickers a little bit more about pregnancy cravings as I let my mind drift off. My phone's on the table, upside down, and I'm just waiting for it to buzz. I've even tried Mathilda's whole mind power thing, but it won't work.
"Em, you're creeping me out," Kenna waves her hand in front of my face.
"Sorry, I was just... I'm tired."
"That's not it, though," she gives me a motherly look, "something is up."
"It's... probably nothing," I shrug, "it's just Lucien. I haven't heard from him in almost twenty-four hours, and that's very unlike him. Usually we're together all the time, and when we're not, we'll at least text each other goodnight or good morning. Now... nothing."
I know Kenna's looking for the right thing to say, her hands rubbing her belly as if it's a chrystal ball. "Men...," she sighs, causing laughter from Tom.
"I just worry...."
"There's probably no reason for that," she tells me, "but I understand. You two are like vietnamese twins-" Tom bursts out in laughter, still stirring his pan.
"Siamese, Kenna, Siamese."
"Siamese twins, whatever. I was saying - I understand it's weird to not hear from him for that long. Just... I don't know, text him again, I guess? I don't know how to deal with men - I just got lucky and found myself one that never did any of that kind of stuff."
"You could definitely text him again," Tom pitches in, coming over to us with the pan of pasta. "I never really minded when Kenna did that, because sometimes I would just forget to message back."
"And you should take his advice, because I married him and I'm having his child," Kenna immediately starts scooping pasta onto her plate, waiting for Tom return with a bottle of unidentifiable liquid, only to squirt it onto the pasta. I don't ask any questions, because it's probably another disgusting pregnancy craving.
"Tuna oil," she shrugs, then loading her plate with sauce. "Can't stand the texture of tuna anymore, but love the flavour. And my amazing husband came up with this brilliant idea." She has Tom kiss the top of her head, and I melt at the sight.
If these two give me relationship advice, I know I should take it. They're perfect together, and a true example of how in love I still want to be when I'm married and with child.
As I watch Tom grate kilos of cheese onto Kenna's plate, I text Lucien again.
Sure hope you haven't died. Watching Kenna shovel actual tuna infused oil into her mouth - you should be here, you'd have a total blast. Want to do dinner tomorrow? I could get Kenna's tuna oil recipe.
Je t'aime. x Em