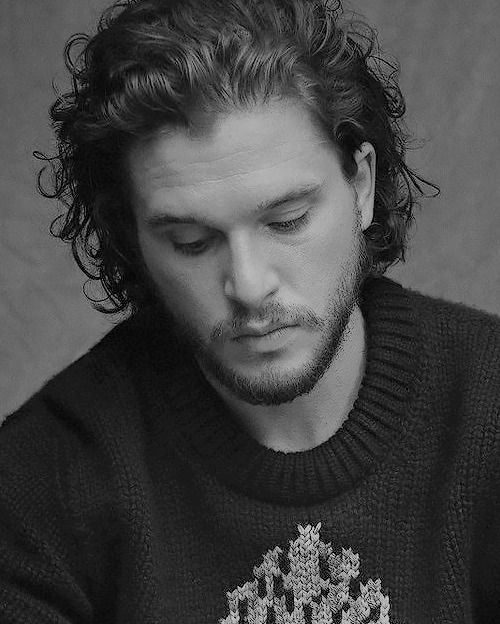 It takes everything I have not to run after her, to fall on my knees and beg her to stay. I want to scream and tell her all my secrets, explain to her everything that goes in that fucked up head of mine, but I don't.
She asked the question. She must have wanted this. It doesn't matter that I don't. That I feel like I'm dying now that she's gone. None of it matters.
She no longer wanted to be with me. And really, who can blame her?
I deserve this. After what I put her through, she is right to leave me. She deserves someone so much better.
I don't know how long I sit there, staring at the half-empty glass of whiskey between my fingers. Do I even have a right to be sad, after all that I did? I shove my glass backwards, nearly sending it over the edge, and rest my head on the cool marble. In the painful ways of memory, it reminds me of the morning after Emma and I almost slept together. The morning after our first kiss. The morning that all kinds of puzzle pieces started falling into place, and now I've gone and thrown them all around the room.
I want to blame everyone else for this. My father, Dr Carlisle, the universe. I want to say that this always happens, because I'm not destined for happiness. And maybe I really am not, but I can't deny that I did this entirely to myself. For the second time in a week, I cry. At first it's just tears, quietly escaping from my eyes, but soon it morphs into heartbreak that echo through the apartment. My arms are clasped around my waist in an attempt to hold myself together, but I'm falling apart regardless.
I cry until I throw up, and then again and again. I cry until I have no energy left and I'm left staring blankly at the tv, fallen onto the couch. In a stroke of irony, The Great British Bake-Off is on, but I can't be bothered to find the remote and change it. I let the pain wash over me, the memories of her on my couch and us arguing about who should win the episode. I drink it in, because I know for a fact that that feeling is forever lost to me. Emma took it with her.
I had one good thing, and I fucked it up.

"Luce?" His voice rings through the apartment. Was it always so hollow here? Every sound bounces off the walls like there is nothing to catch it. As if Emma's pressence was the only thing to fill eat.
Gabriel finds me on the couch. I haven't left it after collapsing on it; I'm still on my stomach, clutching the pillow underneath my head.
"Jesus." I hear him whisper, and I look up. At the sight of him, there's a part of me that wants to cry again. But I'm too numb to do that.
"Who told you?" I ask. My voice is raspy, as if I spend the last few hours screaming. I might have. Everything has been blurry since she left.
"Kenna." He says, not moving from his spot in the door frame. His expression is a mix of pity and compassion, and his voice is the one he uses when he's scared he might hurt somebody. "What happened, Luce?"
Of course Kenna told him. Kenna, who has absolutely no reason to look out for me like that after what I did to her best friend. I shrug, no longer able to think straight, much less recall what exactly happened. I want to tell him that Emma finally changed her mind, finally realised what disaster she had gotten herself into by dating me, but all of that implies that she is to blame. She isn't.
I am the sole reason.
Gabriel sighs, finally moving. As he sits next to me, I roll onto my back; the pillow under my head is now clutched to my chest. It still smells of Emma's perfume, rekindling the pain that seems to radiate through my entire body.
"Je suis un tête de noeud, Brie. J'ai tout foutu."
"Oui. Tu l'as fait." He says simply. Then another sigh. "As-tu mangé?"
I shake my head. "Pas faim."
"Je m'en fous. Si je vous connais, vous allez essayer de boire vos chagrins. Je ne peux pas arrêter ça, donc je vais au moins m'assurer que vous ne le faites pas l'estomac vide."
I don't argue. I feel like a sick child who needs taking care of, and that makes me feel guilty, which is why I try my best to eat at least half of the serving Brie gives me. By then I start feeling I might throw it all up again, but he seems satisfied. Worried, though. He looks at me like he looked at Matthew after the fight, like I might break any second. "Are you going to tell me what happened?"
"Everything just... exploded." I mutter, blankly staring ahead. "I didn't tell her that my contract was going to be terminated. I wanted to, but didn't. She found out. And then she found out that I didn't continue the lease of this apartment. She asked questions I didn't have the answers to, so she filled them in for me. And I think she filled them in correctly, because she always knew me better than I knew myself." I collapse back on the couch, covering my face with the pillow for a second before continuing. But I keep my eyes closed, because I can see her in my mind and despite the image being heartbreaking it also brings me solace. "She asked if I planned on staying."
"What did you say?"
"Nothing. Like I said, there were so many questions I had no answers to. That only made things worse. She took my silence to mean that I wasn't going to stay." I blink my eyes open again, because I don't want to see the expression Emma had during this part of the conversation. "And then she said that maybe we should break up."
"So you said you didn't want that, right?" I sense some despair in Brie's voice. "You fell onto your bloody knees and begged her not to, no matter what the future would bring?"
"Brie," I whisper, and my voice breaks and I can feel new tears sting my eyes. I furiously blink them away. "She no longer wanted to be with me. It wouldn't be fair to beg her, just because that's what I want. It doesn't matter what I want. All I want is for Emma to be happy, and she is no longer happy with me."