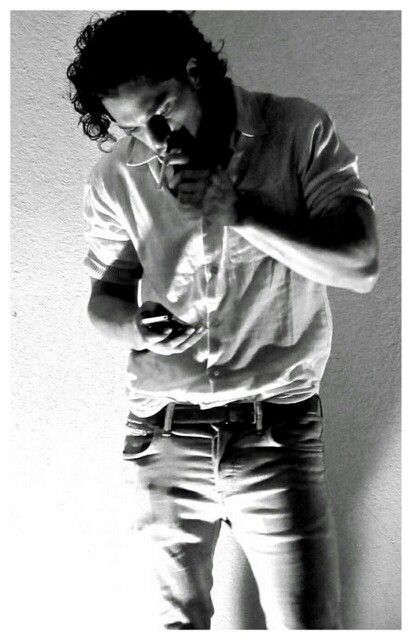 When you give Winoc an option, he delivers. That's why he's my agent. I've been in France for a little over a week when I have my first party planned. It's a big one, celebrating the new school year. It's ironic, because very few of the people attending will still be in school. I don't put too much thought into that, because there's no use to it. It's the first time since the break-up that I manage to forget about Emma for a while, where she doesn't haunt my thoughts every waking minute. I hold off the advances people make on me, the hurt too fresh for that, but at least I'm able to have fun.

It's like Winoc decided I need to make up for time lost. I go from shoot to shoot, have meet-and-greets - three of which are cut short because fans keep bringing up Emma - and it's party galore. Every now and then, Matthew and Brie show up and we have fun like we did before everything went to shit. Other nights they're not there and I entertain myself with the other people around. When I'm back home, I spend time with Eschieve and try to figure a way out of her returning to Wales on October 1st. I don't think she has forgiven me for breaking up with Emma, but like Brie and Matthew she doesn't hold it against me because she knows I'm well aware of what I did. Instead, our bond becomes stronger than it has ever been and it's a nice change.
Tomorrow, we are meeting with Jacques to discuss the whole boarding school thing. He doesn't know I'm going to be there, and I don't care. He's jumped me plenty of times, and I'm tired of waiting it out. I'm finally starting to bite back.
But before that, I have another photoshoot planned. It's taking forever, and I don't mind, because tonight is the first night I have off since that first party. And by now that's nearly three weeks ago. Eschieve is out of town with friends and I encouraged her to go, but I can't help but feel a little panicked about being alone with my thoughts. I don't think I'll like what I'll find.
"Earth to Lucien?"
I blink and I'm transported back to the real world: the set, where I'm being dressed in silk pyjamas for reason I'm not going to question. It's Arthur who addressed me, the other model I'm shooting with. He's looking at me with a sly grin, his hair that perfect kind of ruffled only achieved by spending hours in front of a mirror.
"Sorry, daydreaming." I grin. "What did you say?"
"A friend of mine is throwing a party at The Vault tonight. Want to be my plus one?"
Some things truly solve themselves.

I pick up Arthur, because he has an apartment in the city and I don't, but we walk from his place. The party is in full-swing when we get there, and I'm immediately greeted with a cocktail of some sorts. I take it gratefully, the music blasting loudly through my head.
"Em! I want you to meet Lucien!"
At hearing Em my head snaps up, but Emma is nowhere to be seen. Instead Arthur has brought me to a stunning young woman, with dark skin and an absolutely gorgeous afro. She is dressed in an emerald-coloured dress, and there's lines of gold bodypaint curling over her arms and shoulders. "Why, hello." She purrs, and I clench my jaw to push the image of Emma away. She's not here. She's never going to be here. She would hate it. "My name's Emerald, most people just call me Em. Although..." Her eyes trail over my body, her dark red lips curling in a half smile. "I image that might be a little painful for you."
"You know me?" I say, quite intelligently. It makes her laugh though, which carries surprisingly well over the loud music.
"Of course I know you, Lucien. Doesn't all of Paris? Besides, Arty told me you were coming and I made sure I had all my facts up to date." My fists clench in a reflex as I wait for her to say how sorry she is about my breakup, but it doesn't come. Instead she leans in to kiss my cheek; she smells like one of the perfumes Eschieve wears often, but I couldn't name it if you had me at point blank. "You call me Mara, okay?"
And I do. Mara and I hit it off, we click. Arty and I rarely leave her side. I learn that she lives with Arty, that this is her party, for her twenty-fifth birthday and that she's throwing it mostly to make old friends jealous. She came into riches through family, and people from her childhood tried to take advantage of that.
"A petty move, I know." She says, taking a long sip from her Long Island Ice-tea. "But I'm nothing if not passive aggressive."
I smirk, head already buzzing with alcohol. My hand never seems to go empty for long, though I never walk to the bar myself. My glass is just switched out again and again, and I'm not complaining. "Some people just have it coming."
"Mhm, you should know all about that." Her dark eyes sparkle. "Didn't you get in a bar fight once?"
"How deep did you do your research, Mara?" I laugh. "I didn't know it was out there."
"It isn't, really." She swings her bare legs over mine as we sit in the white lounge booth. Arty has gone, I suddenly realise, though I'm not entirely sure when. "But I'm a smart woman, Lucien. I see pictures of your best friend beat up, and then also Callum Pritchard. And then a few days later you... One and one really does make two."
She's bewitching, really. I'm fully aware that she's flirting with me, and for the first time, I don't feel like rejecting her. I need this. I need a pick-me-up, something new.
"I'm not sure you can call taking a swing at someone a petty move, though." I say slyly, and she laughs. Her head falls back, exposing her throat. With my head swimming I abandon all decency and lean in, pressing my lips to her neck and biting the skin. Her moan tells me that she doesn't mind it, and her hand knotting tightly in my hair tells me that this isn't where it will end.