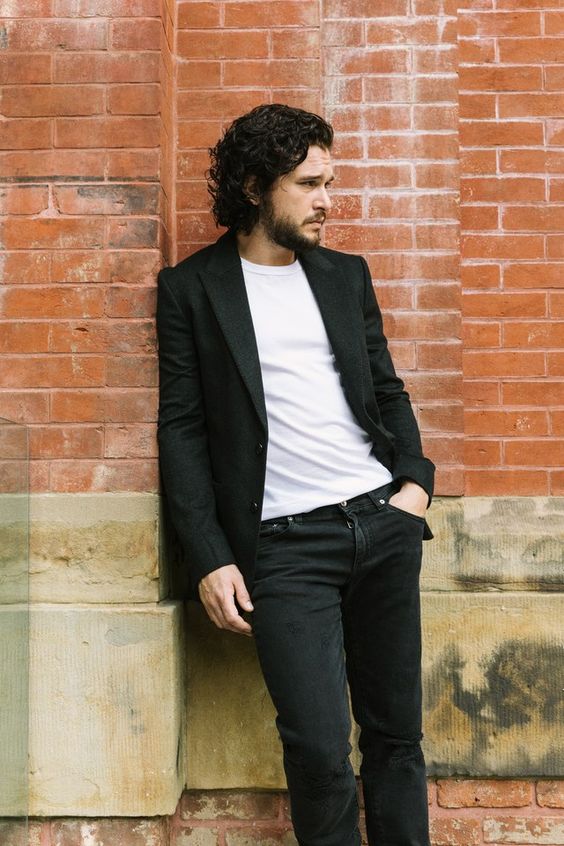 Jacques cancels the appointment three times, until Eschieve threatens to call every office he owns until she gets a hold of him. She stayed with a friend last night, and I had some over at my place. Not much sleeping has been done, just like the rest of the week. Mara flipped a switch in me, finally allowing me to have fun again. It keeps me distracted, just how I like it. I do everything to avoid spending time in my own mind.
Eschieve was adament about meeting in her favourite coffee place, and when I get there she's already waiting. She's looking rather... posh, but still exactly like Eschieve.
"Looks like you had fun week," She says when I go in to kiss her cheek. I chuckle, shaking my head.
"Let's not discuss it."
"It's all over the internet, Luce. We will discuss it after this." She nods in the direction of the street, where the dark brown Bentley rolls up. A taste for flashy cars definitely runs in the family.
"You ready?" I ask, and she nods. In her eyes is that look of determination that I used to see with our mother when we were little. Eschieve looks so much like her.
"You bet."
Father joins us, dressed in a three piece suit and clearly displeased that I am not in a suit as well. I don't let myself be bothered.
"Why could we not have met at the manor?" Jacques asked, looking around with his nose pulled up. It's hard to imagine this man wasn't raised in riches, considering how much he looks down on normal people.
"Because I don't want you to cause a scene." Eschieve says simply, causing him to look only more annoyed. "There's something I want to discuss."
"Eschieve, if this is about -"
"It is." Eschieve cuts in, jaw set in a straight line. "And you're going to listen to me."
"Are you going to be interrupting me if I don't?" Jacques leans back in his chair, eyes hard as ice. God, I love family meetings.
"If the situation calls for it, yes."
"And why is your brother here?"
"As a witness. So I nor you double back on your word." She's clutching the hem of her dress under the table and I can see how tense her shoulders are. I feel a wave of anger towards my father. No girl should be afraid to talk to her father. She pushes through, though. "Father, I have spend five months at Monmouth School for Girls. I have behaved - mostly. I have gotten excellent grades and ranked the highest in the swimteam. I even beat out everyone on the boy's team. You want me to go back for another year, but I refuse. I am eightteen now, and the undergrad that Monmouth has to offer is worth next to nothing."
Jacques, who has gotten a coffee by now, raises a brow. "It is an education, still. You're going, Eschieve, we've been over this."
"You have been over this." She protests. "And it's not even worth calling it 'going over it', because you made the decision and wouldn't hear me."
"I don't need to hear you." He shakes his head. "I'm not letting you stay here just so you can party and drink, Eschieve. You don't have a plan. It's not happening. You're going to Monmouth this weekend and that's that." He's already getting up to leave, and my blood is starting to boil. How he treats us, how he treats Eschieve, it's just... vile.
"I have a plan!" Eschieve blurts out, stopping Jacques in his movements. His eyes narrow, suspicious.
"Becoming a model is not a plan."
And that's the final push. Tears fill Eschieve's eyes and she bites down hard on her lipsticked lip. "Would. You. Just. Listen." She hisses. "Just sit down and have some trust in me, for once! You owe me that, don't you think? After eightteen years, to just listen to me once?"
The man says nothing, but he sits back down. I can't help but look at my sister with an overwhelming sense of pride, but she's not paying attention to me. She's on her phone and when she finds what she needs, she places it in front of Jacques.
"I got accepted into PSL." She stated simply. "On the architechture major. I've contacted them if I could stay later due to family circumstances and they complied. I will start next week. But if you force me to go back to Monmouth, I can't, and my spot will be lost, with no guarantee I will get it back. Monmouth doesn't hold up to this, father, and you know that, too."
There's few times I've seen Eschieve as happy as when she sends her resignation to Monmouth School for Girls that afternoon.

"Hey Luce, it's Brie. Been a while since we talked, so I'd figure I'd give a call. But... you're not picking up, so I'm just going to assume you're at another event or party of some sorts. Are you getting enough sleep? I worry, man. Hey, anyway - I'm coming to Paris next week and I was wondering if I could crash at your place. I mean, I know I can, but Matthew told me it's polite to give a heads-up or whatnot. He's not coming by the way. Has to do all kinds of things in the big US of A for the brand he's setting up. ...... Until then, I... Kenna and I were talking the other night, and I really wanted to tell you this in person, but it's been real hard getting a hold of you, so here goes: you know that what you do goes all over the internet, right? Emerald stirred up a real storm and clearly you got the taste with her, because... well, you've lived it, so you know. But yeah. Just know that's there for anyone to see. Kenna was quite upset about it. Okay. Let me know about next week. Bye."
I lower the phone when the beep announces the end of the voicemail, the good mood I woke up immediately gone. I swing my legs out of bed and head for the shower. I know that all my adventures are documented by the people around me, but that's nothing new. Why would he suddenly mention it? I'm not doing anything different than I did before dating Liliana, and he never made a point of it then. And what's that about Kenna being upset about it? She has absolutely no pressence in my life anymore, much less a right to be upset about anything I do! She can just fuck right off if she's butthurt about it, there's no reason I should try and please her.
Then suddenly, it dawns on me.
Kenna's not upset, but someone who's basically an extension of her is.
Emma.
I snort out loud, shaking my head.
Emma can fuck off right behind Kenna. She wanted to be rid of me. It's been weeks. I don't see why I should wait until she's ready.