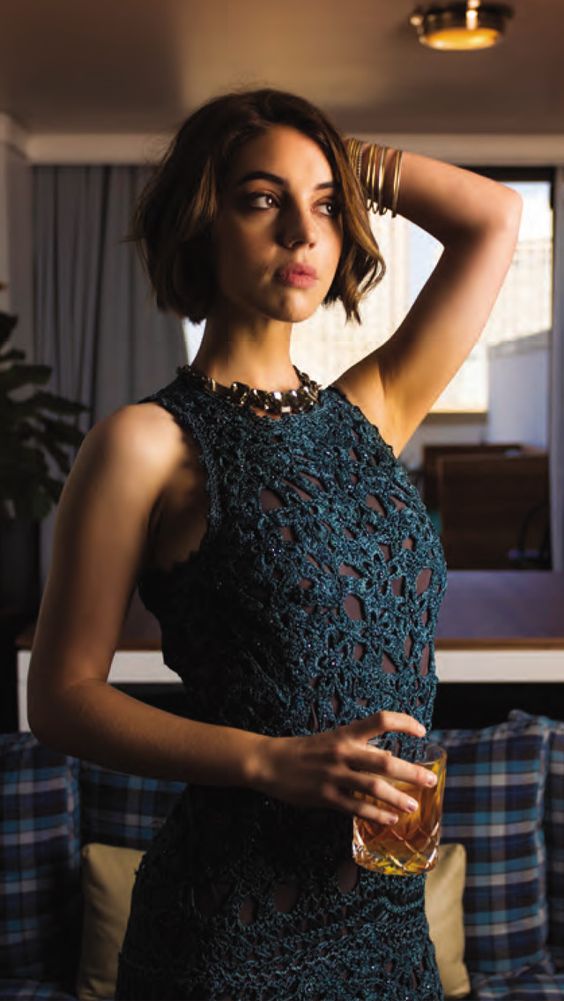 Life is quite uneventful. It's not like it used to be all excitement and wonder when I still shared my time with Lucien, but it was different. Even having dinner on the couch felt like fun, whereas now it's just routine.
Most of my life feels like routine. I like my work, more than I did working for the firm, but it's still routine. The same lectures, over and over again, then either staying over at Jesse's place or travelling back home, go to sleep, and repeat.
Kenna would kill me if she knew I sleep with Lucien's sweater every night I spend alone, tell me I'm an absolute idiot and that this way, I'll never truly let him go.
I would tell her I don't want to let him go, because I like torturing myself with the realisation I will never have him in my life again. He used to be mine, and now he's nothing more than a stranger.
I want to know what he's up to, how he's feeling, if he still thinks of me from time to time. I'd spend every single penny in the world just to get a glimpse of his thoughts one more time. I wonder if he has kept the pennies, or if he's thrown them out, saw them as of no emotional or material value. It wouldn't surprise me.
I've had a hard time being human whilst being alone. Around people, I'm fine. They force me to do the most normal things, but as soon as I'm left to my own company, it all goes downhill.
It's another weekend in which Jesse's busy, and on Sunday morning I realise the last meal I had was on thursday. I've had a full total of some grapes, half a chocolate bar, some leftover salad from the fridge and a over-ripe banana over the past fourty-eight hours.
I look bad, and I feel even worse. My skin is pale, and my hair's a little greasy. After a long shower, some self-tan and a bowl of oatmeal, I still feel the same.
I'm tired. Tired of pretending, of going through life like there isn't a big gaping hole in the middle of my body that used to house my heart.
My therapy sessions, crammed in to my tight schedule, don't really get me anywhere. She only tells me what I already know: that I should grieve, that I need time to accept the loss of someone I loved very dearly. She calls it 'loved' as if I have since stopped loving him.
I haven't. He's an absolute asshole and I hate him, but I still feel a deep, burning love for him that hasn't n gone away.
It's unhealthy and I realise that, but it's a habit I don't want to quit. Just like smoking, someone I've started doing more and more. Cigarettes during the day, joints at night. To take the edge off, to take my mind off of how much my heart aches every time I think of anything that could vaguely remind me of Lucien.
The weather has totally turned around, and all it has been doing for days on end now is rain. It's quite symbolic, really.

Some old friends invite me to a halloween party, an invitation I politely turn down. I've never been one for halloween, and I hate big parties, so that's just another night spent all by myself. Well, by myself - I have Frank.
He keeps me sane, meowing impatiently if I don't pay attention to him every three seconds. He knows exactly what to do or where to walk so he'll annoy me, but I love him either way.
My entire day is spent in a vegetative state on my sofa, watching more Friends reruns and eating some instant noodles for dinner.
This feeling feels like it's never going to go away, like I'll always feel exactly like this. I really don't think it will ever get better, because all I can do is miss Lucien.
I miss him when I first wake up in the morning, realising he's not there when I first open my eyes. Then, I miss him in my shower, or whilst I'm brushing my teeth. Breakfast feels lonely without him, and so does lunch. There's no texts asking how I am, no invitation for dinner. A dinner that is filled with him, even though he's not there. Then, after dinner, I want him to be with me, and I will miss him until I close my eyes again and have the cycle continue the next day.
In my dreams is the only time he's there, and even in them I mostly realise it's not real. I still try to enjoy the time I have with him in my dreams, though. We're happy there, and we both really seem to realise it.
In some of my dreams we're just like we were before the break up. In others we're getting married, or we're having kids. We live in a beautiful house on the country side, just like the one I fantasized about in Bamburgh. We take beautiful trips, see the most gorgeous sights, and live our dream.
I wake up in the middle of the night, my heart pounding, my body cramped up on the couch. I've still got Lucien's sweater in my arms, I realise when I sit up straight.
It's not even midnight yet, so I must have fallen asleep somewhere after dinner without even noticing it.
My phone's buzzing, which is probably why I woke up, although I don't think my dream was too pleasant.
I don't recognise the number, and still dazed I pick up.
"Emmeline Middleton," my voice sounds hoarse.
"Hi, it's... it's Eschieve," she sounds hesitant, and I understand why.
"Eschieve.. is everything alright?"
"Yes, I just... did I wake you?" "I'd fallen asleep on the couch, but it's okay. What's going on?"
"Nothing, don't worry, I just.. I don't know, I just had the urge to talk to you. But please, go back to sleep, maybe... if you're okay with it, I could call you again tomorrow?"
I'm very confused, and I'm not quite sure if it's because I just woke up from a short sleep or because this situation is very weird, but I try not to question it too much. "Yeah, sure, sure. Are you sure everything's alright?"
"Positive. I'll talk to you tomorrow then, Emma."