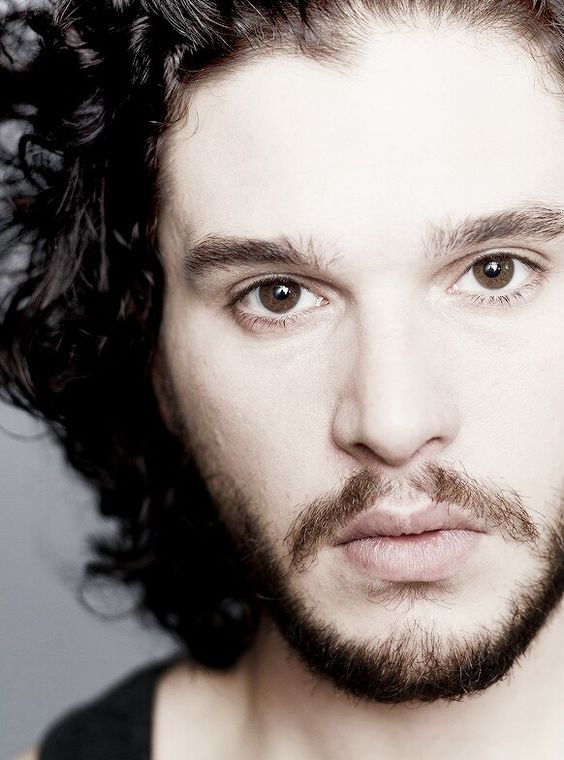 "No, no, it's fine. I just wanted to hear your voice." Matthew's voice sounds muted from the kitchen. "Congratulate them from me, okay? I'll come by tomorrow." A pause, and then an apprehensive: "I love you."
I know he didn't mean for me to hear that, because he still struggles with the fact that he's in love with Gabriel. Not because of Gabriel, but because he's been raised with the idea that homosexuality is a sin. He's always been an ally, quickly detaching himself from those ideas, but as it turned out it's two different things to accept another person and to accept yourself. I'm happy to see that he seems to be getting there, though. Until recently I had no idea why he struggled so much with this relationship, but he told me in South-Africa.
I pause my game when he comes back into the living room, asking the question with my eyes.
"A girl, a quarter past two." He announces, putting down two beers. We toast the bottles together.
"You get a name?"
His nose twitches, like it always does when he says something he isn't sure he should. "Emilia. Named after a grandmother and..." He doesn't finish the sentence.
"And Emma." I finish for him. "I can hear her name, Matthew."
"Are you sure? Because every time someone does, there's this flash of hurt all over your face."
"Does it matter? She's clearly a part of your lives, and I'm happy for it. I don't want you to feel like you have to protect me. I think you've done enough of that."
He studies my face, trying to find something that gives away if I'm faking it or not. I'm not sure if he finds it or not. At some points, we are both too tired to stay up; our beers are left half empty when Matthew departs to the master bedroom, leaving the guestroom to me. Initially I was okay with booking a hotel, but Gabriel insisted on me sleeping over. Now, I kind of regret that. I still feel like I'm intruding; Brie should be coming home to Matthew tomorrow, without having to worry about me for whatever reason.
The thought disappears the second my head hits the pillow - I'm exhausted after a day of traveling and then being hit by an emotional rollercoaster.
I dream about Emma, which is the first time in a while.
She looks older, with streaks of grey in her short hair and fine lines on her forehead. She extends a hand to me, where a gold ring glitters on her ring finger. I take it, seeing that my hands are older too. We're at the beach, standing a top a cliff where we look out over the ocean and the bay beneath us. She points at three teenagers playing in the sand, way down, and then lays her head against my shoulder. "Louis is really starting to take after you." She says. "Can you believe he's nearly done with law school?"
I watch the teenagers play together, running in and out of the ocean; their laughter drifts all the way up to us, and sounds exactly like Emma's laugh.
"Madeleine finally got that loan for her bookstore, too." Emma continues, her head still on my shoulder. "You should see the building she wants to rent, straight from the middle ages. And then sweet Kiera, so proud of her brother and sister." Emma lets out a light chuckle. "She keeps saying she wants to be a teacher, just like me."
I want to say something, but I have no voice. Suddenly the blue sky gets overtaken by dark clouds and the winds pick up around us. Laughter becomes screaming when the ocean gets wild, creating huge waves, and the teenagers are barely able to stay ahead of them. Until they no longer are, and they get swept away by the water. I lunge forward, ready to throw myself off the cliff to get down with them, but Emma's tight grip holds me back.
"There's no saving them, Lucien. You threw all of this away." Then her hand slips out of mine and she walks to the edge of the cliff, where she lets herself fall over. I want to scream, but I still don't have a voice. I fall on my knees and crawl to the edge to see where she has fallen, but I see no one. Emma is gone and so is the bay where the teenagers once were. I am alone.
I wake with pearls of sweat on my forehead and my heart racing in my chest.

"Brie told me he'd be home for dinner tonight." Matthew tells me the next morning. I nod absentmindedly, having completely forgotten that it's Christmas.
"Also, Brie and I are adopting triplets from North-Korea and we're choosing to live on the streets with them. You know, live off what we can find in dumpsters." He continues.
"Sounds like a plan." I mutter, stirring in my coffee.
"No, Lucien, it doesn't." He grabs my mug away from me, tricking me in looking up at me; he's staring me down with a stern expression. "What's up?"
"Nothing." I shake my head, though it's an obvious lie. "I'll be fine. Go and see Brie, and Kenna and the baby. I'll live through it."
"Just tell me, Lucien. You're not going to ruim my day by telling me, how often do I need to say that?" He hands me my coffee back and after a moment's hesitation, I give in. He listens silently as I tell him about the dream, his forehead creasing in a deep frown.
"That's..." No word comes, and I nod.
"Yeah."
"Do you want my thoughts on it?"
I shake my head. "No. I think it's just the fact that I finally got to see her and talk to her again that's fucked me up, made me realise what an absolute idiot I've been. I'll be fine, I'm sure. I'll keep myself busy today, Brie's been pestering me about making jam tarts, and I'm going to guess he's going to sleep most of the day when you bring him home, so I'll just take care of dinner." Saying it out loud actually makes me feel like that's the best way to go about it. Matthew doesn't look as convinced, and I roll my eyes with a smile. "Just go! Go see your boyfriend and hold him while he cries over a baby, because we all know he's gonna do that."