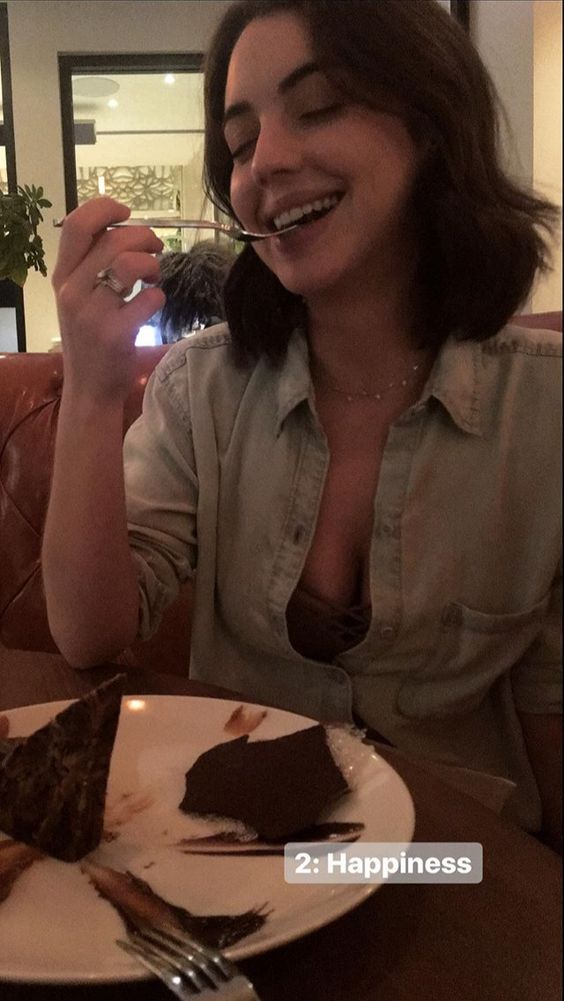 Last night's dinner becomes today's lunch, because when I come home a little after twelve, Jesse and Kate are already at the dining table.
It's weird, seeing them here, because our relationship always took place solely in Glasgow.
"Welcome back, auntie Emma," Jesse smiles, getting up shortly to kiss me, then sitting back down. "You must be exhausted."
"A little," I admit, surpressing a yawn. "But this all looks delicious."
"Daddy says we can do presents after we eat!" Kate perks up, waving her Christmas cracker around. "And then we can watch Home Alone!"
"Sounds like a plan," I ruffle her hair before sitting down. She's dressed in a gorgeous deep-red dress with a white collar, matching her dad who's in a sweater in the same colour. I feel like an odd one out in my shirt and jeans, but I'm still allowed at the table.
I can't quite remember when I ate last, but it has to be before I left Glasgow, so the food is truly a blessing. It's delicious, too, all of the different kinds of flavours. As I thank Jesse for cooking and taking such good care of me, he shoots me a wink. "Anything for you, babe."
Kate gets a pair of rollerskates, a few books, a doll and more things every kid would die for. I've gotten her a dress she liked when we walked through town a few weeks ago, and tickets to go see her favourite musical.
I got Jesse a book he's been talking about for ages and a promise to take him out to dinner in the new year. It was hard coming up with gifts, especially for a man who isn't too outspoken about what he likes.
Kate made me a beautiful drawing, and a hand-made necklace with an E on it. My last present is from Jesse, and the sparkle dazzles me. It's a beautiful ring, simple silver with a ruby in the middle.
"Your birth stone...," he smiles, pressing a kiss to my cheek. "The tan line on your finger gave away that you used to wear a ring there, so I thought I'd replace it."

Kate's playing with her new doll in the living room as we're doing the dishes.
"So what's up?" Jesse asks me, drying off a plate.
"Hmmm?"
"You seem a little distant, and I know you're tired, but it just feels like something's bothering you." There's no judgement there, just a question, and I suddenly understand the way Lucien used to feel when I asked him things like these. I haven't brought it up because I don't want to talk about it, and this question feels like a lot of pressure.
"It's just been a long day," I tell him, putting my cutlery back in the drawer. "Emotional, and all."
He puts down the towel. "You don't have to lie to me, I'm a big boy, I can handle it."
"I know... I know you can, it's just...," I sigh. "I'm not too sure how I feel, it's just been weird. I... well, I ran into Lucien yesterday."
"Oh," Jesse breathes, his voice suddenly less certain than it was before. "What was that like?"
"Weird, so weird," I awkwardly laugh, "he... well, apparently he ran into Kenna first, and she got so pissed at him that her water broke. He drove her to hospital, waited with her until Tom and Brie came. He came back later to drop off some stuff for Brie, and Kenna forced me to go out and talk to him."
"You talked to him?" I haven't seen him this weird before, but I let it go as soon as I notice it. "How was that?"
"Awkward, and uncomfortable. There were so many things I wanted to tell him, but I just couldn't. Couldn't really start yelling at him surrounded by newborn babies, so it was just... small talk, work and stuff."
"How'd he seem? Was he doing okay?"
"I'm not too sure, honestly. It was just really uncomfortable, and I was trying not to start a fight."
He smiles awkwardly. "Probably good you've seen him now, so you can get that out of your system. Have you told him you're seeing someone else now?"
"Er... no, that didn't really come up. Should I have?"
He shakes his head. "I don't know, it might've made things easier."
It might have, but I didn't want that. I wanted him to feel bad, to know how much he hurt me. By just dropping the news on him, it'd make it way too easy for him to just forget and move on.
"Well, I won't have to see him anymore, he's just in town for Christmas I believe. After this, he'll be going back to France and he'll only be around once a year maybe. There's no need to worry," I smile at Jesse, kissing his cheek.
"So you're not seeing him again? Not even to yell at him? I've heard it's quite therapeutic," he grins, wrapping an arm around my waist. "He seems like he deserves it, too."
"Don't know," I shrug, watching Kate launch her doll through the air to see if she can fly. "Let's turn on that movie, shall we?"
My eyes constantly keep falling shut, the Home Alone series never having been my favourite, only to be woken up by Kate loudly exclaiming something every once in a while.
I excuse myself mid scene, taking my phone with me and heading off into the bathroom.
The conversation with Jesse got more gears turning, and I realise that, yes, I need closure. I need to tell Lucien all about how I feel, so I can get rid of the hard feelings I'm still dealing with, and so I can move on. So we can both move on, so I can truly be happy.
I have a great boyfriend, a job I like, and great friends including a goddaughter. All that's keeping me from happiness right now is that damn closure.
Can we talk before you go back to Paris?
Emmeline.