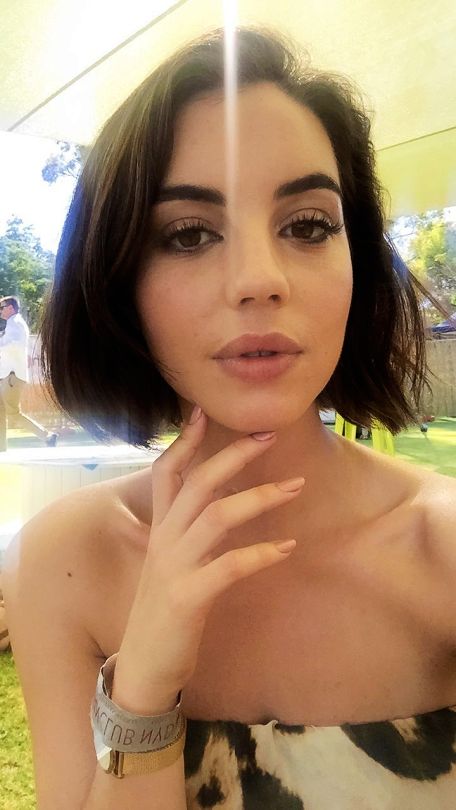 Not long after, work starts up again. Even though students won't be piling in until a week from now, there's tests to write and essays to grade.
I've been in Edinburgh for quite some time, doing everything I can do whilst away from Glasgow. Frank has enjoyed my company more than I thought he would, cuddling up with me every night.
The hours that aren't spent working are spent with Kenna, Tom and Emilia. It's nice being around a baby, because life is simple. It's all about eating, sleeping and pooping, not much more.
I help them out with simple things, like cooking and taking out the garbage. Then, as a reward, I get to hold their daughter for a bit, watching her as she sleeps.
I remember when she was just born, which feels like years ago. How I was just filled with love, and a desire to have one of my own.
I could never, at least not now. Jesse already has Kate, and I don't know if I even see myself having kids. That has nothing to do with him, it's just the idea in general.
One of the many nights spent at their place, I get a text from Charles, inviting me to a private dinner at the Griffin tomorrow night.
He won't tell me why, but I know I have to take the offer, because Charles hardly ever plans things unless they're of importance.

I show up to the Griffin a few minutes before I'm supposed to be there, the sign on the door reading 'closed' but the door open.
"Hello?" I stick my head in first, checking whether or not I'm going to be hacked to pieces by an axe murderer if I enter.
"In here!" Selene's voice sounds, cheerfully. Those two are still very much together, and I have high suspicions that's why they've invited me over. Either they're getting married or they're having a baby, that's my guesses. And either way I'll be over the moon for them, because they seem very happy.
My brother deserves it. He's seen plenty of hardships in his life, and Selene truly seems like she fits into his life.
She comes out not much later, an apron covering her white shirt, hair tied back with a scarf. "You're early!"
"Only by...," I take my phone out of my pocket to check it, "eight minutes. Was I supposed to be late, am I ruining the surprise?"
Her face changes slightly, but I don't know her well enough to know why or what she's hiding, because she puts her smile back on very soon.
"No, you're just in time! Sit down, we've set the table."
And surely, in the middle of the room, very close to Louis' table, is a nicely set table. There's four plates, four sets of cutlery and four glasses.
"Who else have we invited?" I try and check with her, but she just sneaks back into the kitchen without answering me.
"Treat yourself to anything from the bar!" she shouts, knowing full well I'll take advantage of that. I pour myself a glass of red wine, sitting down on one of the high chairs near the bar.
Charles comes out, sleeves rolled up and a smile on his face. I know him better, though, so I know he's hiding something from me.
"Who's the fourth guest?" I check immediately, to which he just shrugs.
"Not telling, it's not my guest," he says quickly, getting himself a beer. "Selene's idea."
He seems to want to make that very obvious, to which I hear Selene laugh all the way from the kitchen.
"Yeah, blame me!"
"It is your guest, you know I wasn't too excited about it," he answers, taking a big gulp from his beer. "So how are you doing, my little sister?"
"Since when do we ask one another how we are doing?"I answer his question with a question, an eyebrow raised. "As far as I'm concerned, we only do that when we have something to hide that might significantly change the other's mood, like that one time I had to tell you Daniel crashed his bike into your new car."
He laughs. "Can't a big brother just be invested in his sister's life?"
"He can, but I don't trust it," I say, gesturing for him to fill up my glass once again, having almost thrown it back. "So are you going to tell me or are you going to wait for me to find out?"
"I'll wait," he shrugs, "mostly because my misses will kill me if I tell you, and let me tell you, she's quite intimidating."
"Hey, I heard that!" Selene shouts once again.
We both laugh, and Charles pours some more wine into my glass.
Selene comes out with some cut up bread and a few spreads laid out nicely across a plate, putting it down on the table set for four we're supposed to sit down at. "First course is served in twenty minutes, help yourself to a first snack."
"First course? How many courses will there be?"
She smiles, winking at me. "Three. Your brother truly hit the jackpot, because not only am I very intelligent, I'm also a great chef."
Charles smiles at his girlfriend, wrapping an arm around her waist as she's trying to escape back into the kitchen, kissing her softly.
It causes my heart to ache for just a second, longing for just that. I immediately tell my heart to shut up, because I have that. I have someone who cares about me, and who will kiss me if I want him to.
Just as Selene heads back into the kitchen, Charles seems to be distracted by something going on outside. "Okay, so, Em, like I said... this was fully Selene's idea, so if you want someone to be mad at, it's her... although I advice you don't, because she means well."
I don't know what he's getting at until I see the door open. Lucien steps in, visibly covered up against the january cold but still very obviously him.
My heart skips a beat as I take another big sip from my wine, Charles immediately filling my glass back up.
"Hey," I awkwardly smile after the wine has sunk down to my stomach.