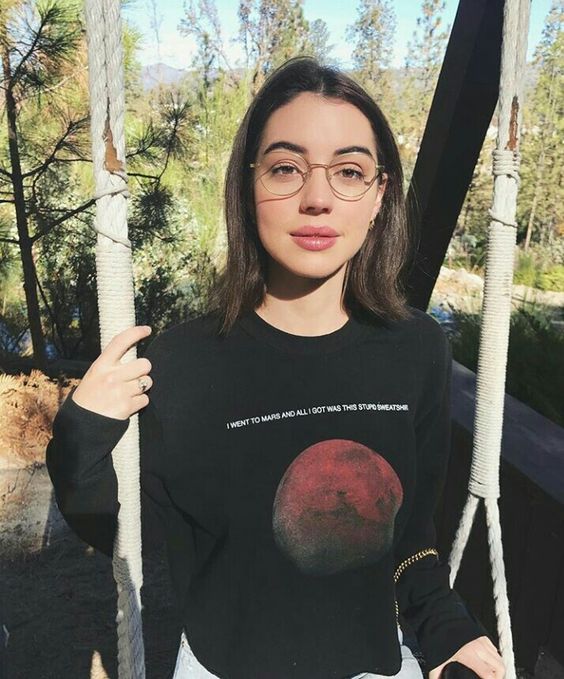 Because I'm not ready for the answer to come, I don't ask Jesse what the hell that whole act was about. He knows about Lucien's work, he knows all about him, yet he pretended not to even know how to pronounce his name?
We don't go to the book store, with Jesse making up some excuse about needing to go home because of Kate. Again, I don't ask questions. I'm bummed, but I knew this would happen.
As Kate's playing with her doll, on her stomach on my living room floor, I can't help but test the waters.
"Are you okay?"
Jesse, eyes focussed on the paper in front of him, pushes his glasses into his hair and looks at me with a look that tells me he's trying very hard not to show me something. "Why wouldn't I be?"
"After we ran into Lucien...," I'm prepared for the shit storm that's about to hit me, "you've been acting a little off."
He smiles, but it doesn't seem to sincere. "Oh, just a little tired."
"Sure? You're not upset?"
He gives me this eyes almost shut, lips pressed together smile and shakes his head. "Not upset. I just didn't expect to see him, is all."
"Neither did I, I... well, I guess it's good, right? Now you're sure there's nothing to worry about," I think back to our phone call, where he asked me if I am still in love with Lucien. It seemed like a crazy question at the time, but I start to understand where he's coming from a little more now. Just the way he almost flinched when I brought him up just now, it seems he's more than a little jealous.
"I guess so," he shrugs, although his voice doesn't sound too sure of itself. "You two seemed friendly."
I press my lips together, not sure what to say. "We tolerate one another."
I'm not sure that's the truth, because just the way he made my heart flutter when he brought up the bookstore makes me think there's something else than just tolerance. Then again, that's not weird, right? We were together for months, very intense and love filled months.
"Seemed like a little more than that," he says it very nonchalanty, but I sense anger in his voice, though his face seems calm.
"Jesse...," I look at him, head slightly tilted to the side. "Are you really still worried about this?"
"Shouldn't I be?" Another hint of frustration, yet a straight face.
"No?" I watch him as he closes his newspaper, folds it in half and moves it away from him.
"Listen, Emma, it's just...," he scratches his neck, "he's no good for you. Can't keep a real job to save his life, uses and abuses substances like they're air, still acts like he's a teenager when he's in his late twenties..."
I don't want to fight him on this, I really don't, because that will just make him think there's something going on even more.
I want to tell him that Lucien just isn't made for an office job, that he's charismatic and that yes, maybe he's a little problematic at times, he's just passionate and enjoys life. Not all of us can lead a nine to five life, settle down, get married, have kids and die.
"I'm with you now, aren't I?" I end up asking him, frustrated. "I'm here with you, I'm sharing my life with you, not with him."
It's dead silent for a good minute until Jesse opens his mouth again. "Do you see yourself staying with me?"
I take a second to let his question sink in. "Yes."
"Forever?"
I try my hardest not to let my confusion show. "That's a very big word, Jesse."
"That isn't an answer to my question."
"Who knows about forever? All I know that I'm with you right now, and that I'm happy here, with you, with Kate, with our time together."
"Wasn't that what irked you about Lucien? How he refused to look at the future? You're doing the exact same thing right now, Emma." He glances at me.
"What do you want me to say? That I'll stay with you until the day one of us dies?"
I see a smile on his face, which confuses me even more. "Exactly."
"Jesse, we haven't even met each other's family yet! God, we've been together for, what, four months at most?"
"So? I'll introduce you to my family, you'll introduce me to yours. When you know, you know, right? Well, I know that I love you, and that I want to be with you. All I'm asking you is if you feel the same."
"Jess..." There's so many things I'm feeling right now, yet there's nothing I can say.
"I'm not saying it has to be right now, but I know I want to marry you, I want to be with you, and if you don't feel the same way that's fine, but then that's also the end of this. I'm in it for the long run, and I need to know if you are, too."
It takes all of the power in me not to let my jaw drop to the floor.
"Are you...," I feel my hands shaking. "Is this some philosophical way of proposing to me?"
It's not the same way Callum did it, but it has me feeling the exact same way. The promise of forever, of a life together, by means of marriage, it's terrifying. I also know that if that is in fact what he's saying and I tell him no, he's out of here. I'd be letting someone who loves me walk out of my life, again, simply because I'm afraid. Afraid I'm wrong, afraid of the word forever, of committing myself to someone entirely.
"Nothing philosophical about this," he reaches into his jacket pocket, and out comes a ring. "So, what do you say? Forever, or not?"