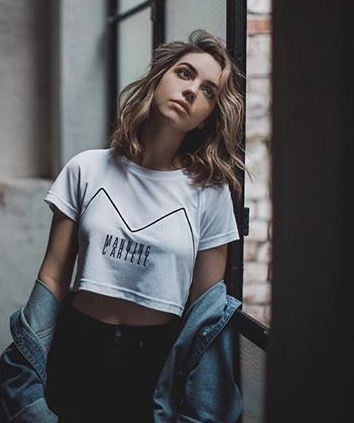 I have mostly tried to focus on work, trying not to get wound up thinking about Jesse, or Lucien, or whatever relationships I've been throwing away lately.
Besides work I've been going to my ballet classes religiously, and I've seen quite a lot of Kenna, Tom, Emilia, Charles and Selene over the past few weeks.
Anything to get my mind off of things, because I know I'll end up in an existential crisis.
Kenna and Eschieve are still the only people that know about my failed engagement, even though I have a feeling Charles might be suspicious. I've told him we didn't work out, and he's accepted that as a simple explanation, but I can tell he wants to know more.
After dinner at the Griffin one night, my phone buzzes. Having gotten lazy, I simply tell my Siri to read me my latest message, which turns out to be a bad idea because Charles shoots me angry glances as the message turns out to be from Lucien, telling me he'll be in town come Wednesday, and he'd like to take me for dinner if I'm still down for that.
"Are you really still hanging around him?" he groans, taking a sip from his beer.
"We're friends," I tell him, putting on my coat.
"Great friend, breaking your heart."
"Charlie, stop it," I try not to sound too angry, but it's hard. "We're friends, because I've let go of the past and I've accepted that maybe we didn't work out as lovers, but we're still good as friends. I'd like it if you could accept it too, because I'm not going to stop seeing Lucien."

We meet for dinner at this Italian diner downtown, nowhere near as fancy as Lucien must be used to again after living in Paris. We've been here before, but we're not quite regulars. It'd be too awkward to go to the places we used to go on dates to, anyways.
There's this awkward moment where I'm not too sure if I should hug him or not, and I kind of sense the same awkwardness from Lucien, so we end up just going in together.
It's weird being together like this, because it's not quite as informal as coffee, yet also not as romantic as a date either. We're just stuck in this weird limbo where neither of us probably quite know what we're doing, and I'm not sure if that will change any time soon.
We start with small talk, work and the weather, friends and family.
Of course either of us brings up Eschieve, not even sure who it was, but we chat about how bright she is. She seems to be doing very well in university, and Lucien sounds like a very proud older brother when he talks about it.
"So how's your university life going?" He sips his wine as we wait for our main course to be served.
"It's going," I play with the ice cubes in my glass of water, served with the wine to keep us from chugging the entire bottle immediately. "It's quite intense, but it's paid off so far. I've read some intruiging essays."
I know we're both not here to talk about work or college essays, but I don't think we really know what to talk about anymore. Maybe Jesse was right, and we didn't share anything besides sexual attraction.
That same sexual attraction I'm feeling right now, but I won't play into, because it's probably just the lack of human touch that's making me severely aroused when I simply see Lucien bite his lip when he's lost in thought.
"So how are Brie and Matthew doing? Kenna mentioned something about them pretty much living together now," I sip my wine. "I haven't seem them too much lately, I've been...busy."
Sure, I've been busy, but mostly I've been avoiding them because I'm afraid to let them know my secret engagement failed and now I'm back to being their sad, single friend again.
"Yeah, they've moved pretty quickly," he smiles, "but hey, when you know, you know, right?" He references to the comment I made when he disapproved of my engagement, about how he always told me that there's no need to wait around if you're sure about the person you want to spend your time with.
"I guess so," I feel a little uneasy suddenly. "I should probably go see them again soon. It's just been.. hectic."
He shows me that beautiful smile again, a smile that makes me want to punch him for. "Hey, you don't have to tell me, I know all about it. They'll appreciate it either way."
We've moved on to dessert by now, both having completely butchered our main course. My sweet tooth, as Jesse called it, has decided to go for the chocolate cake, and I dig in as Lucien tells me about this shoot he did recently.
I must admit I haven't been keeping up with his social media presence as much as I did before, but I've seen a few snippets here and there.
"So it's just a lot of travelling back and forth. Paris, London, Edinburgh, even Glasgow sometimes. But it's been good, although it's become strange for me to be in the same place for more than a week, maybe two," he's sliced his fork through the creme brulee, smiling at me as he takes a first bite, closing his eyes as he seems to really enjoy the taste.
"Oh, yeah, I know. The commute between Glasgow and Edinburgh alone can be killing. I forgot all about it for a while, because I only did it once or twice a week, but now that I've been having to do it every work day with the engagement being called off, it totally sucks," I groan, scraping some whipped cream off of my plate. "But I guess that's worth it if I get to sleep in my own bed every night."
I'm already down to my third or fourth bite when I realise what I've just said, trying to play it off cool as I also try not to choke on my cake.