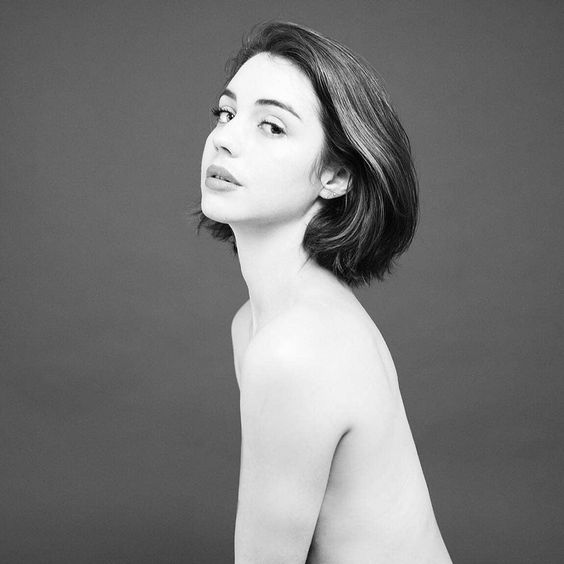 I try to tell myself that I've imagined it. That from the drinking and the dancing, my mind just made the whole tension thing up.
But I'm sure I felt it. The way he looked at him, the way I couldn't do anything but look at him too. How I simply felt drawn to his lips, very well aware that if I'd had only one more drink before this dance, I wouldn't have been able to control myself.
I know I can't feel this. That we've broken up, and that we both have moved on. Even if we haven't, we should, because that's simply what's needed.
Being here with him, though, shows me that I'm not even close to having moved on. I've pretended for a long time, but this whole friendship act is only making it harder for me to stop the feelings from creeping up on me.
Yet, feeling him touch me sends shiver all over my body, and when he looks at me I feel like I could melt, turn into a pile of putty. I want to do nothing more than to feel his lips on mine, to take him home and rip his clothes off as we do ungodly things to one another.
Even in this state, I manage to tell myself it's because I haven't gotten laid in a long time. Because I miss physical affection, not because I actually should sleep with Lucien.
I want to, though, terribly bad. I'm reminded of the effect he has on my body, the things he can do with the simple touch of a hand, the movement of his lips.
"You okay?" We're still standing outside, smoking a cigarette, the air cold but not quite freezing.
"Hhhhm?" I realise I was lost in thought, and I look at him as he grins at me. "Yes, why wouldn't I be?"
"You just looked...," he shrugs, "well, like something was going on in your head."
I can't really tell him I was thinking about him pressing me up against my wall as he slowly peeled off my clothes, leaving butterfly kisses all down my neck as he let his hands.... "Oh, yeah, I was just... lost in thought, I guess."
He smiles. "I figured something like that. You must be tired, too."
Again, the voice in my head tells me that I'm far from tired and I could stay awake all night if I just got to spend it with Lucien, but I also tell it that I have to stop being such a hormonal bitch and quit thinking about my ex boyfriend this way.
"A little," I admit, "the past few weeks have just been exhausting."
"If you'd rather go home, that's okay," he makes sure to tell me as he flicks the cigarette away.
"Oh, no, no," I shake my head, "you're not getting rid of me that easily."
He lifts his hands apologetically, that same beautiful smile on his face. "I wasn't trying to! Just saying..."
Quite a few drinks later I'm finally ready to call it a night. I have no trouble standing on my own two feet, but I'm just starting to get really tired.
It saddens me, because I would love to spend more time with Lucien, but I can't tell him that, because he might read that as a confession of love, or whatever he might read it as.
And it would be, because in this state, I want nothing more than to go back to what we were around this time last year - madly in love.
He helps me put on my coat as we face the outside cold together, both of us lighting a cigarette as we walk in the street. It's quite busy, considering it's one of the most popular streets in Edinburgh and everyone is out tonight, but for some reason it feels like it's just me and Lucien.
As we reach the end of the street, I smile weakly. "I guess this is where we part ways," I shrug. I know Lucien has to take a left and he'll be home in no time, where I'll need to take a left and walk for about twenty minutes.
"Oh, no, I'm dropping you off at home," he stubbornly says, pointing to the left.
"You don't have to do that, Lucien," I tell him, just as stubborn.
"I know, but I'm doing it anyway."
We stand still. "Why? It's literally over double the time you'd spend going home, and I'll be fine."
He crosses his arms as he presses the button for the light. "I'm not letting you walk home all alone in the middle of the night, Em."
"Fine," I tell him, a little defensive as the light starts buzzing, signaling for us to cross. "But you don't get to complain for a single second."
"I would never!" He laughs, his pace just as fast as mine. "I just want to make sure you get home safe."
This only makes tonight feel more and more like a date, and in my head I'm already thinking about what this means. Do I have to invite him in after he's walked me to my door, do I hug him, kiss him on the cheek, wave goodbye?
What if he doesn't expect me to, and I still do, and he rejects it because I've misread every single signal? Do I even want to invite him in, or is it just the hormones talking? And even if I do want to, should I, or will that ruin everything?
Cars are driving past as we leave the city center, having left the chaos but still amidst hectic streets.
I want to hold his hand right now, I realise, but I can't. I should hate him, still, and he should hate me. It's confusing, and I hate it.