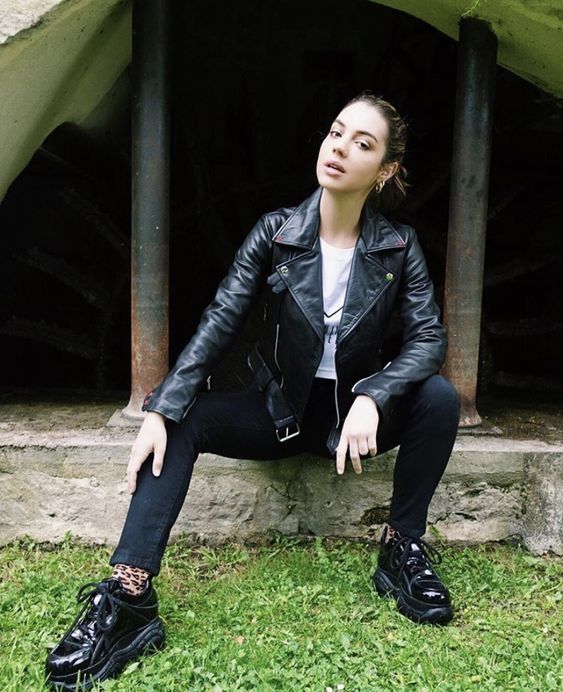 When I wake up, it takes me a little while to realise where I am, but when I roll over and see Lucien there, the memories come flooding in.
He's still asleep, but that doesn't last long, because I softly kiss his cheek and scratch my nails up and down his arms.
He awakens with a smile, his eyes slowly opening, and it seems that he, too, needs a second to fathom what's going on.
"Morning," I purr, seeing his eyes light up.
"So it wasn't a dream, huh?" he yawns, stretching out and reaching his arms around me as they come down. He pulls me into his chest, our bodies intertwining as they have done so often before.
"Nope," I put emphasis on the p in the word, letting it pop. "Very much real."
It might have been anticlimactic, all of the built up tension not being released, the excitement extinguished by the lack of protection, but I know I can wait. Even though my body is on fire and I feel like I could implode at any time, because I long for his touch and for him to drive me entirely crazy with the things he does.
He chuckles, feeling my fingers comb through his hair, which is still a little stiff and greasy from yesterday's hairdo. "The people shipping us will have a field day today," he breathes, pressing a kiss to my temple. It melts me entirely, this simple gesture of affection I have been longing for for so long, that I've been dreaming of.
A knock on the door interrupts our little magical moment, the realisation that the outside world is waiting for us somewhere hitting us immediately. We decide not to reply, hoping whoever is at the door will simply turn around and leave, but the knock is followed by a a second, and a third, a fourth. "I know you're in there," Brie's voice sounds through the forced silence we put up pretending we weren't in. "I've got your location on, Lucien."
He groans, stepping out of bed after untangling our limbs, the faint morning light peeking through the curtains and cascading his heavenly body in golden rays. Just the sight is enough for me to turn to putty again, feeling tingles all up and down my body.
Gabriel is smiling widely as the door opens, immediately peeking in and waving at me as he spots me in the bed, covers around my waist. I'm wearing a shirt, because, to quote Lucien, 'to expose myself to him entirely would probably kill him, knowing he couldn't act on any of his desires', so there isn't much for Brie to see.
"Morning, lovebirds," he beams, pushing past Lucien and making his way in. I shouldn't be surprised, because Brie has been known to ruin the moment before in all of his excitement and I can't exactly blame him. "How was your night? Got any sleep?"
He sits down on the edge of the bed, softly shoving my now pulled in knees as I sit up straight. He seems quite chipper for someone who stayed up late and had quite a lot to drink.
"Plenty," Lucien smiles, grabbing a white shirt from his bag and buttoning it up slowly, ruining my view entirely.
Brie looks at him, then at me, then back at Lucien. "You were supposed to say no."
Lucien shrugs, throwing me a water bottle from the little fridge. "Slept like a baby."
Almost with desperation on his face, he turns to me as I take sips from the bottle. "Please tell me he's kidding... We didn't arrange all of this for the two of you to have some kind of slumber party, Emmeline."
I chuckle, combing my fingers through my hair, finding a stray bobby pin in the process. "Well, that's too bad, because that's exactly what we did."
"How are you going to let this," he's turned back to Lucien, his hands viciously pointing in my direction, "sleep in your bed and not do anything, Du Castellon?"
"Well, you guys," he throws him a water bottle too, pulling up his pants afterwards. "Forgot about one vital thing, and because Emma and I are both responsible adults, we just slept."
It takes him a while, but then he groans and lets his body fall back onto the bed. "I told them we should've thought of that!"
Lucien and I exchange looks, now sure that both of our sisters were in on the scheme, and Matt too, probably.
"I'm sorry, Em," Brie pats my knee after he's pulled himself together again, "I know how long awaited this was for you, after the whole born again virgin thing."
Now it's my turn to groan and let my head fall backwards. "Is nothing sacred anymore? You tell one person something, and they not only tell your sister, but also your friends!"
He laughs loudly, and when I open my eyes I see Lucien shoot me a questioning look. I shake my head, signaling it's something for another time, and peeling my body out of the bed. "I'm taking a shower," I sigh, stealing a kiss from Lucien as I make my way over to the bathroom.
Even with the whole anticlimactic night, or Gabriel barging in and prying, I wouldn't have wanted this any other way. I'm not sure where this is going, or if it's even a good idea, but I don't care.
I'm just glad to have Lucien back around for now, and we'll figure out where to go from here. "I'd like to do so without anyone barging in, which is why I'm locking the door," I warn Brie, "and if I come back and there's an entire crowd in our bed ready to question us about last night, I will have your head. Understood?"
Brie nods, a grin on his face, doing some kind of army salutation. "Got it, boss."