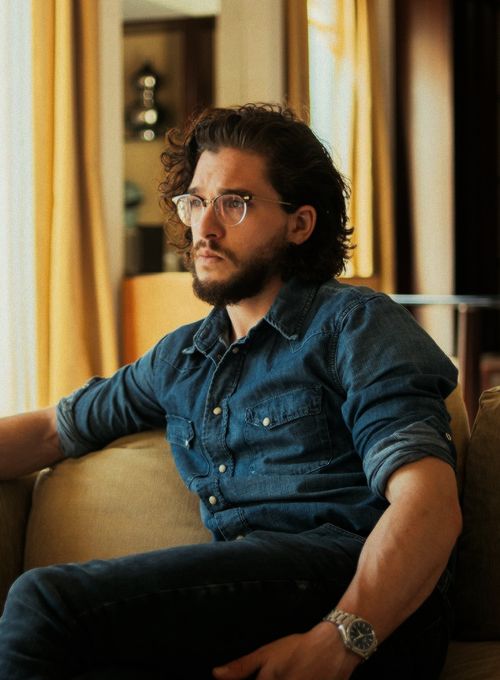 After my explosion, my father gives absolutely no emotional response. I shouldn't be surprised, and I don't think I am, but it still pisses me off big time. He just looks at me and then sits back down, like I just didn't throw years worth of pent up frustration at him. The grandfather-clock in the corner seems to tick louder every second passing.
And then Jacques gives me the closest thing to an apology I'll probably get, and he ruins it in the same breath. "I... acknowledge our relationship has been far from ideal. But I don't see how it connects to the disrespect you showed me and my partners yesterday."
My fingers tingle, the way they do when I tread too closely to the line of self-control. So I wiggle them until the feelings gets a little less, and finally I sink down on the chair opposite my father. Despite all the turmoil in my body, I somehow manage to speak calmly. "One of the lessons you taught me when I was young, is that if someone doesn't respect you, you are not obliged to respect them back. At the same place, every learning institution I ever went to taught that your elders have to be respected."
Jacques leans his elbows on the desk and rest his chin on intertwined fingers, seemingly giving me his full attention. I can't remember the last time he did that.
"That's... what I did. Respect my elders, or in this case - respecting you. Because you were my father and while you thoroughly fucked me up, you're not wrong that I wouldn't be where I am today without you. Thing is, you never respected me. Maybe you did, before mother got sick, but I was eleven then. After she died, you did nothing but disregard me and focus on my flaws."
"I don't see where you're going with this."
I wave the comment away. "Let me talk for a second, will you? You're right. Our relationship is far from ideal. I suppose that can happen when a loved one passes away like mother did. And you didn't bother me, mostly, as long as I didn't bother you. You were occupied with Aleran. But then Aleran passed, and suddenly there was no more escaping the constant disapproval. Nothing I did was ever good enough, all I ever got from you was negativity. I tried and tried and tried to make you proud, but ever since Aleran died it's become abundantly clear that I can't do that. So I started distancing myself even more from you, only dealt with you if I had to. And in that time, I started to realise that while you were my elder, you had given me zero reason to respect you. I still did, though, because you don't easily break a habit of twenty-eight years. And I've gotten used to you disrespecting me, most of me doesn't really care anymore. But if I ask you to think back to yesterday, who was the one that got disrespected? Me, or someone else?"
Is that a glimmer of realistation in his eyes? He leans back in his chair with a deep breath, the leather creaking as he does. "Miss Middleton and Eschieve."
I nod. "I don't care that you disrepect me. It's been a part of my life for as long as I can remember. I probably should care, but I don't. But you and your partners attacked two people very dear to me, and I couldn't let that happen. I'll deal with your anger and your disapproval, but if you come for the people that I love? Count on me snapping back." The tingling in my fingers is back, and I know that I'm going to have to get out of this office soon. The last time I let the rage win, it got me a scar on my lip and weeks worth of hurt. "I will not let you hurt them. I'll protect the ones I love with all I have. I don't care that you are my father, I don't care how important your partners are. You touch them, you touch me, and you'll have me to deal with. It's not like I've got a father to lose."
Again, my father says nothing. His hands are folded together with the thumbs pressed together, and they're touching his chin. He studies me like he's the psychologist and I'm the patient. When that lasts for half a minute, I nod. "Right." I say, standing up. "I don't know why I expected any sort of response from you. Good talk."
"Lucien?"
My hand is already on the knob, I'm nearly out of this damn office, but against better judgement I still turn around. His expression hasn't changed, except for the thought-wrinkle between his brows. "You and Miss Middleton, you are...?" He struggles to finish the sentence, which truly is a sight to behold. "In love?"
I smile at him. "'In love' doesn't begin to cover it. My future begins and ends with Emma."

I find them both in the kitchen, which has begin to double as a living area. We all seem to prefer it over the sitting room, which is just fine with me. Eschieve is at the dining table with her laptop, probably making homework, and Emma waves at her phone before putting it down, looking at me with a mix of relief and worry.
"Video call?" I guess as I walk up to her, wrapping an arm around her. "Is that why you got all dressed up?"
"I got all dressed up because you told me to be ready by noon." She says with a chuckle. "But yeah, that was Charles. Figured I'd give him the official update on you and me."
"That must have gone over swimmingly." I'm in a surprisingly good mood, considering what I just went through. "Is he still insisting to burn me next time he sees me? Hey!" I grab her wrist when she pokes my side, laughing. "I'm sorry. What did he say?"
"He's... hesitant. But in the end he wants me to be happy."
"Mhm." I pull her a little closer to me, pressing a kiss to her temple. "We've got that in common, then." I let go of her to make myself breakfast, because my stomach is aggressively reminding me that I have just gone through emotional trauma on an empty stomach. Where Emma has made peace with the fact that sometimes I need a little time to address something that is clearly bothering me, Eschieve is far more direct; she smacks her laptop close and meets my eye as I start chopping fruits for my smoothie. "So what happened?"
"It was..." I frown as I try to find the right word. "unsatisfactory? I'm not sure how to describe it."
"Did he yell at you?" She asks, knowing that the man rarely yells.
"No, but I yelled at him. I talked for probably thirty minutes, and he did for maybe four. It was mostly just me finally saying things that have been bothering me for years."
"Well, I'm very proud of you." Emma smiles at me in that way that makes my insides feel all warm. "If he doesn't do anything with it, it's his problem now."
"Absolutely." I nod, tossing everything in the blender. When it's finished, I join them back at the table. "I'm just... processing. Might tell you more detail later, but for now I just really need to get out of the house. So I figured we could take a trip to the aquarium? It was one of my favourite places growing up, and it's been a while."