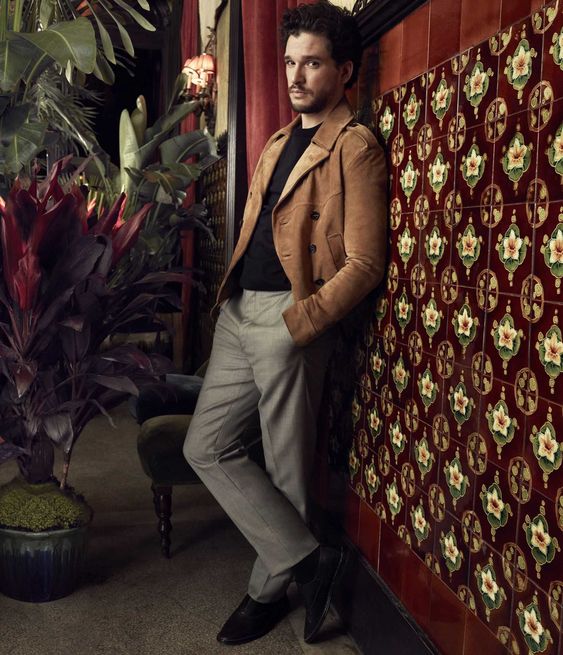 Remember Lucien du Castellon? Total hottie, multi-faceted one-man talentshow, and let's not forget: French? Remember how he used to date Emma Middleton, the woman with flawless skin, gorgeous in everything she wears and brains to be jealous of? The two were total couple goals, hopelessly devoted to one another and they had the whole world rooting for them. But disaster struck when the couple broke up last summer: not only did they break their own hearts, but also the heart of thousands upon thousands of fans.

The love seemed gone forever. Lucien soon took the role of fuckboy extraordinare, a different girl every night. There was a fling with Emerald (yes, that Emerald) that shook the world. Emma, on the other hand, flew mostly under the radar, save a video she posted after Lucien's messy explanation. It was clear to see that there was a lot of bad blood. The world mourned the death of their favourite couple.

Until a couple of months ago! Pictures starting popping up of the two together, though Lucien quickly flew in to say that the two were just friends, nothing more. But that all changed on Lucien's birthday, during the infamous party he throws on that day. Pictures of Emma and Lucien kissing took the web by storm, and it was clear that there was much more going on than them 'just being friends'. In the days to follow the pair was spotted in the streets of Paris holding hands and stealing kisses, positively glowing! You ain't telling us something didn't happen between them ; )

Both of them have stayed silent about whatever it may be, but our resources tell us that Emma took two weeks off from her job as a professor and that Lucien also cancelled a couple of events. That just sounds like too much of a coincidence, don't you think? I guess we're going to have to wait until either of them confirms or denies, but until then let us dream that this couple de rêve is back together to give us life.

I send the article to Emma, just because of how ridiculous it is. Even after being in the spotlight for as long as I have, I still can't quite grasp how obsessed people are with the relationship between us. In the end, we're both just human. But the article did point out something important; there's going to have to come a point where we - or mostly I - confirm this gossiping. I'm well aware of the storm that's going to stir up, but at least people will stop speculating. For now, Emma and I agreed to be kind of evasive if anyone asks.
"Mr du Castellon?" I look up, and a nervous-looking assistant is peeking through the door. "Your ride is here."
Is it really that late already? "I'll be down in a second, thank you."
After one last check in the mirror I grab my jacket and head downstairs. I'm running almost entirely on coffee, because I'm jetlagged as hell; despite the difference between New York and Paris only being six hours it always fucks me up. Not to mention that I've noticed I sleep a lot worse now that Emma isn't next to me every morning. It's been weird, being apart again. There's a part of me that is constantly anxious that she's going to change her mind about me after all, that she's gotten me out of her system after those ten days in France. Another, more rational part of me knows that's ridiculous, but the voice keeps nagging.
I make it through the movie premiere somehow, despite being nearly delirious because of the lack of sleep, and actually have a wonderful time. I meet with a lot of people that I haven't seen in a while because of the fact we're on two different continents and it's really good to get back in the swing of things. But in the end, I come back in an empty hotelroom with no one to keep me company. In the shower my mind wanders to what Emma said when we just got back together: we could find a place together. I imagine the gigantic kitchen, with enough space for us to cook or bake together. A living room where we can host dinner parties with our friends, or at least big enough for a couch that can hold the two of us together. Maybe a balcony, because I enjoy living on a higher floor and being able to get fresh air. The whole place would be filled with plants, kept alive soley by Emma, because I just don't have the talent, and there's be an entire corner dedicated to a grand piano. My heart aches thinking about it. It is absolutely absurd and ludicrous and nonsensical considering we've barely been together for three weeks now, but at the same time it just... makes sense. I would love nothing more than being able to get home to Emma.
My body and hair still wet from the shower I flop down on the bed. It's nearly three am, but I don't have anything to do until four pm tomorrow and there's still caffeine running through my veins. She picks up on the second ring.
"Hey, movie star." She teases, and I chuckle.
"Alright, calm down. It was just a movie premiere, nothing special. I don't think they even took my picture at the red carpet."
"For some reason I really doubt that." She laughs.
We chat for a while, about the movie and then about Emma's days; she's back to work and her students seem to be very interested in what happened in France, but she's holding most of it off - despite me having shown myself on camera and making it quite obvious what's been going on.
"How long until you're here?" She asks when I finally start yawning.
"Um," I check my calender. "I'm in New York for two more days and then they're shipping me off to Sydney for five days for a convention. After that Eailyn planned a week free for me to recover from two twenty-five hour flights in less than a week. So..." I count in my head. "Nine days?"
The number hangs between us. We both know that there's going to be longer stretches eventually, but for now those nine days just feel like an eternity. We're just going to have to make it work.
Kudo Volgende hoofdstuk