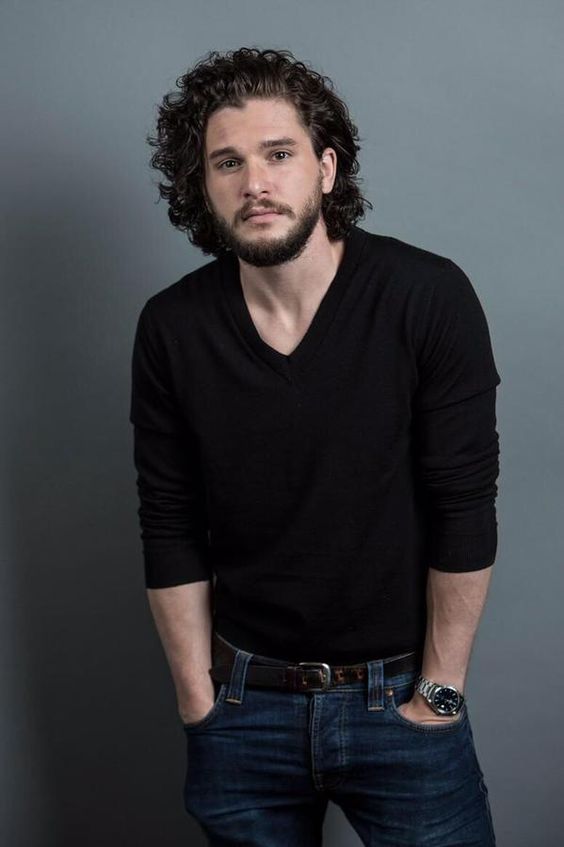 At her comment I pull her a little closer to me, Frank loudly protesting when I accidentally move my legs. "It's okay." I say, eyes still focused on the tv. "Aleran and I, we... never got along. Dark as it may sound, I got pretty used to it. He never - well, rarely - physically abused me. Just saying mean things and rubbing my nose in the fact that Jacques always loved him more. At some point, you get kind of numb to it all. I got very good at avoiding him." I rest my chin atop her head. "I know it sounds very cruel, but I never really mourned for him. I got upset seeing Eschieve cry over him more than I did over... You know, losing my brother."
"I'm sorry." She says again, and I assure her that she doesn't need to be. And then suddenly, she's crying. Not just tears rolling down her cheeks, but full-on sobbing with her shoulders shaking. I just pull her onto my lap and let her cry it out. Frank forces his way into her arms, headbutting her chin.
"I - just - wish - you'd - had - a - better - childhood." She hiccups. It pulls a light chuckle from me and I kiss her hair.
"Well, it's no use wishing that now, is it? Besides, if I was a happy bubbly kid, we might have never met. I'd much rather have an unhappy childhood than live life without you." I let out a choking sound when she hits me in the chest.
"Don't say that!"
"I'm sorry! But it's true, isn't it?" I nudge her away from me so I can wipe the tears away from her face. With her puffy red eyes and the small pout, she looks strangely endearing. "Life the way it is brought us to where we are. If Aleran and Jacques hadn't been such dicks, I might have never felt pressured into going to law school, or taking the job that ultimately caused you to fall deeply in love of me."
She hits my chest again, but this time it's with a light laugh. "You fell in love with me."
"Of course I did! Have you met yourself? You're irresistable. But my point is - if my life had planned out differently, I wouldn't be here with you. I'll gladly take another six Jacques' if that means I can be with you." With my hands still surrounding her face I press a kiss to her forehead. "Yes, I've not had the easiest life, but I made it out, didn't I? Could've been a serial killer, honestly. Instead it just left me with a bunch of emotional scars and an inability to properly communicate said emotions."
Another laugh as she reaches up to wipe her face dry. "You're an idiot."
"Your idiot, though. We're moving in together, so you're stuck with me. Don't!" I warn as I see her pulling her hand back. "You're gonna give me a bruise! You don't know your own strength, Middleton."
She lets out a long sigh, one that I recognise from other times she or Eschieve cried in my arms. It's one of relief, of the last slivers of tension getting out of your system. She slumps back against me, absentmindedly petting Frank, who doesn't seem to mind the attention at all.
"Now if you don't mind me asking, where did that suddenly come from?"
As she buries her face in my shirt she lets out a long groan that vibrates deep into my chest. "It's been a very long, very emotional day and my hormones are all over the place since I started that new birth control. I burst out crying over a toilet paper commercial a couple of weeks ago. And then the idea of tiny little Lucien being bullied by his brother..."

I'm woken by Emma's alarm clock. I moan miserably when she doesn't turn it off, but that doesn't do the trick either. "Parfois, vous êtes vraiment inutile." I mutter, my voice croaky with sleep. I reach over her to grab the phone from her nightstand and turn it off. It tells me that it's six thirty, the time Emma usually gets up on work days. She must have forgotten to disable it. Emma is still deeply asleep and I attempt to snooze a little longer, but my brain's decided it's not in the cards today.
I manage to get out of the bedroom without waking her up. The cat is more perceptive, athletically jumping off the bed to follow me into the kitchen. He really seems to have latched on to me, despite me never really interacting with him except for pushing him off the table. Still rubbing the sleep out of my eyes I take my coffee out on the balcony. It's a surprisingly clear morning for mid-May. We've got the entire weekend for ourselves. On Monday, Emma will have to go to work and I'm flying back to France with no certainty on when I'll be back. For the first time, the idea of that bothers me. I don't do well being tied down, we found that out last year, and in the six months Emma and I were separated I loved being to go everywhere my job took me. But now... Not knowing when I'll see Emma again, I'm less satisfied with the whole idea of it. But the two lifestyles seem impossible to mix. I kind of tried that last year, and it just didn't work as well as I'd hoped. Jacques words ring in my head. Surely you realise the fleeting nature of your job. No matter how much I hate to admit it, he's not entirely wrong. This is, in the end, not feasible for forever.
But then what? Back into the world of law? We all know how that worked out. Become a teacher, like Emma? No matter how much I admire her going into that line of work, I don't see myself doing it. I groan, leaving my half-drunk coffee on the tiny table on the balcony as I head inside.
"You're cold." Emma complains when I get back into bed, snuggling up to her. I press a cold kiss just below her ear.
"Guess you're going to have to warm me up."
She huffs. "What time is it?"
"Seven. Go back to sleep, love."
While she ends up falling back asleep in mere moments, I don't. But at least my mind is quiet and I just savour the moment together, realising for the thousanth time this week that I never want anything else.